Erzgebirge Aue can also win against top teams. Martin Männel was particularly happy about the 1-0 win against VfL Bochum. The captain is the new record player of the "Veilchen". 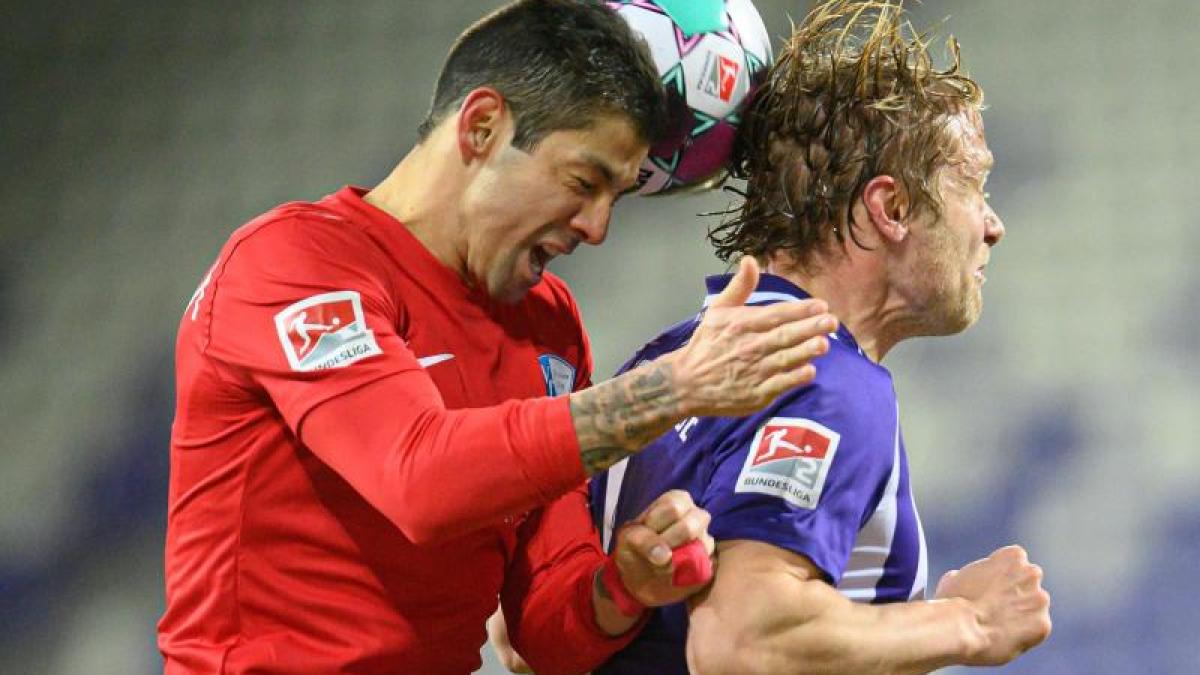 Aue (AP) - Martin Männel stretched both fists into the evening sky after the final whistle.

The goalkeeper and captain of the second division soccer team FC Erzgebirge Aue had two reasons to be happy after the 1-0 (1-0) against VfL Bochum.

On the one hand, he celebrated three important points for himself and his team, on the other hand, since Friday evening, Männel has been the new record player for FC Erzgebirge.

The 32-year-old made his 419th competitive appearance for Aue against Bochum, replacing the previous record holder Holger Erler.

The left-back scored the decisive goal in the 29th minute.

After the ninth win of the season, the Auers climb to eighth place in the table with 32 points, at least temporarily, while Bochum missed the championship lead.

In his record game, Männel couldn't complain about a lack of employment, at least in the early stages.

VfL initially acted like a top team and put the team of coach Dirk Schuster under enormous pressure.

Gerrit Holtmann hit the outside post in the 4th minute from the left position.

The Auer needed a quarter of an hour to free themselves from the clutches of VfL.

In the 21st minute, Clemens Fandrich had the best chance for the hosts to date.

The midfielder pulled away from the edge of the penalty area, VfL goalkeeper Manuel Riemann steered the ball with his fingertips against the post.

The action gave the Saxons a boost and more security.

Jan Hochscheidt tried to surprise Riemann with a lift from 25 meters after half an hour, Bochum's goalkeeper saved the corner at the last moment.

Hochscheidt circled this to the short post, where Bussmann headed relatively unrestrictedly to make it 1-0 - the first goal of the season for the French full-back.

Suddenly Aue had the game completely under control and could even have topped it up until the break.

Ben Zolinski missed the best chance for the second goal in the 38th minute.

After a perfect pass from Florian Krüger, the offensive player stormed to Riemann alone and tried a lob.

However, the ball flew over the crossbar.

The first dangerous end of the second round also belonged to the "violets".

Riemann, meanwhile the best from Bochum, steered a low shot from Krüger to the corner (56th).

The Schuster team defended skillfully against increasingly active Bochumers, but Aue was lucky in the 73rd minute.

Silvère Ganvoula headed the crossbar and missed the chance to equalize.

In the final phase, Riemann also stormed forward, but Aue withstood the pressure thanks to a strong man.