In Tunisia, edible flowers invite themselves into gastronomy - France 24

In Tunisia, edible flowers invite themselves into the gastronomy Tabarka (Tunisia) (AFP) Soup with nasturtium leaves, salad with violet flowers or tea with strawberry leaves: a Tunisian entrepreneur has embarked on the cultivation of edible plants, a unique project in Tunisia but threatened, according to her, by administrative blockages. Sonia Ibidhi, a 42-year-old journalist who converted to organic farming "for love" of working the land, chose Tabarka (nort 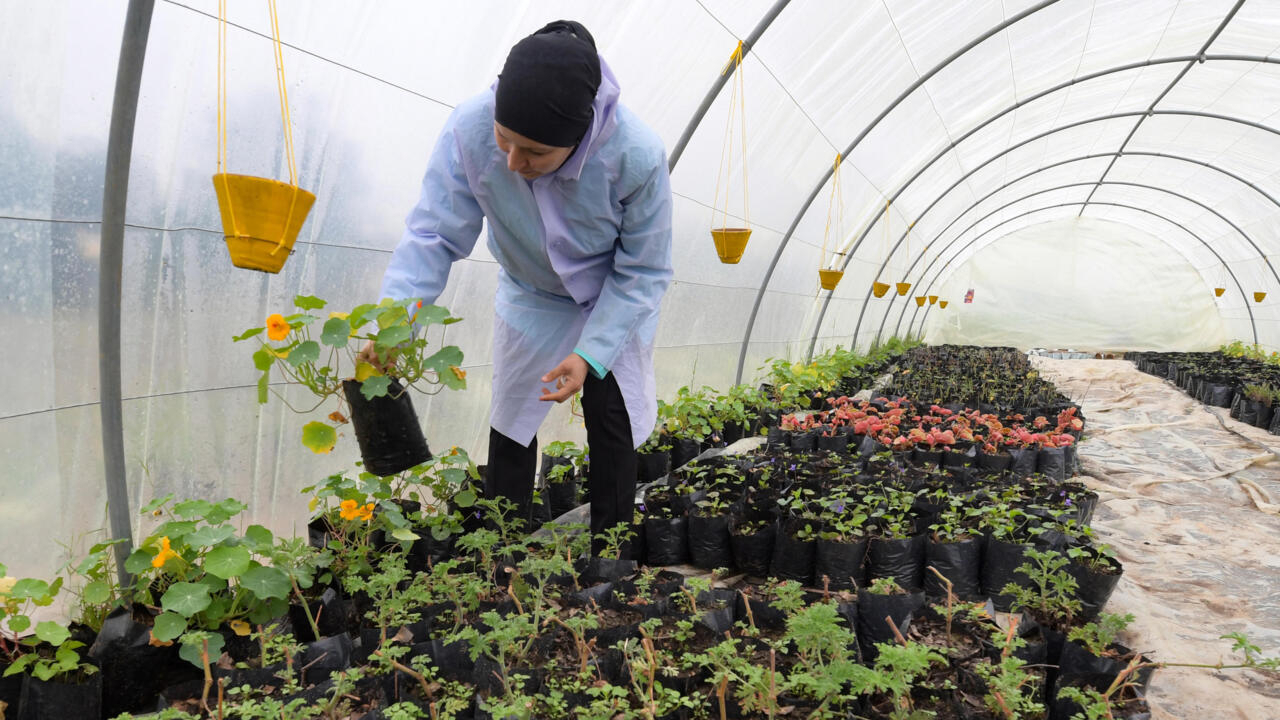 Soup with nasturtium leaves, salad with violet flowers or tea with strawberry leaves: a Tunisian entrepreneur has embarked on the cultivation of edible plants, a unique project in Tunisia but threatened, according to her, by administrative blockages.

Sonia Ibidhi, a 42-year-old journalist who converted to organic farming "for love" of working the land, chose Tabarka (north-west) to realize her dream: to produce edible flowers, a niche product but asked.

She cultivates borage, a blue flower with a cucumber taste, chive flower, a purple pompom with a flavor close to onion, and especially nasturtium, queen of edible flowers reminiscent of red radish.

After bringing seeds of 42 varieties from France, Sonia began by producing around ten types of flowers, including nasturtium, with bright yellow petals tending to orange.

Today she also uses her own seeds.

"I'm working for something that I love, beautiful and full of color," she says proudly, hoping to see her blossoms "start a new culinary culture in the country."

In Tunisia, some flowers are already used for cooking, such as the "chouch ward" (dried roses, editor's note), crumbled on some traditional pastries, or lavender, an ingredient of "ras el hanout", the typical mixture of spices for the traditional couscous.

But the tasting of fresh flowers is a novelty.

"I thought that these flowers would be for export and that there would be no immediate interest in the local market, but I was surprised by the growing demand, especially from some high-end hotels." , says Sonia.

In a luxurious hotel in Gammarth, in the upscale suburb of Tunis, chef Bassem Bizid spices up his sea bream tartares with nasturtium petals, and accompanies his dishes with a salad of leaves and flowers or a vegetable sorbet garnished with flowers. fresh violets.

Customers "are very satisfied to discover new products", he says.

For the master chef of this hotel, the Italian Alessandro Fontanesi, "not only do we use a rare Tunisian product that embellishes the plate and adds a special taste, but it allows our customers to travel by the plate, in this period of health crisis ".

Sonia started in 2019, after four years of reflection and process.

She chose to settle in the mountainous region of Tabarka, ideal for its humid climate and its fresh water resources.

Its installation, however, was not easy.

In addition to "an enormous administrative file", it was necessary to explain on several occasions to the direction of the forests, skeptical, "what were the edible flowers used for", she says.

"I answered their questions in writing but also verbally by calling them or meeting them directly," she continues.

The farmer finally obtained a plot of five hectares that she rents 1,400 dinars (430 euros) per year to the State.

Failing to obtain a bank or public loan, she had to sell her car.

The originality of her project, however, won over the African Development Bank, which helped her to the tune of some 11,000 euros.

But Sonia now fears losing the land she has built.

Indeed, she grows strawberries, of which she sells the leaves but also the fruits.

Although he finds Sonia's project "innovative", Mr. Boufarou assures AFP that he cannot "open the door to this type of implantation" which changes the wild aspect of the earth and makes us lose the specificities of forests ".

"The threats to withdraw my land are more and more serious", laments the farmer.

But "I will defend my project tooth and nail," she says.

"I will not let administrative blockages deprive me of my flowers which have become my world!"