In Algeria, President Abdelmajid Tebboune announced this Thursday, February 18, the dissolution of Parliament and the organization of early legislative elections. The announcement was made during a speech ... 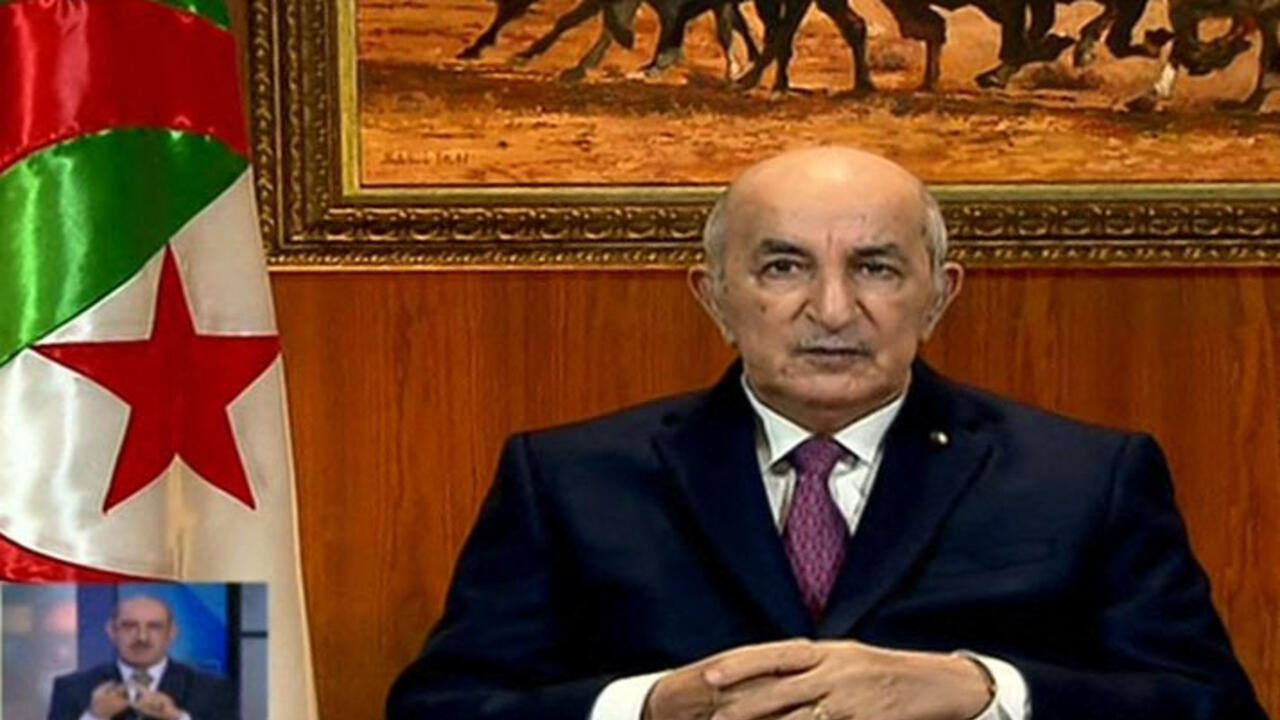 In Algeria, President Abdelmajid Tebboune announced this Thursday, February 18, the dissolution of Parliament and the organization of early legislative elections.

The announcement was made during a speech to the nation, a week after returning from Germany where he was being treated following complications from the coronavirus.

Barely returned, the Algerian president multiplies the announcements to calm the political and social sling which is smoldering in the country.

Another gesture of appeasement: the presidential pardon granted to about fifty Hirak militants.

This concerns in particular around thirty people sentenced at the beginning of the week to terms of up to 2 years in prison.

The Algerian president does not cite names, but he promises that "

between 55 and 60 people will join their families from tomorrow

This measurement occurs a few days before the second anniversary of the Hirak's birth.

Finally, in terms of health, the Algerian president announced that his country would be able to produce the Russian vaccine against Covid-19 within six months.

Along the same lines, the Minister of Health intends to vaccinate 20 million Algerians, or 70% of the population, by the end of the year.