In the Corona crisis, the Lufthansa Group is restructuring the training of its pilots. Linked to this is the end of practical training in Bremen. 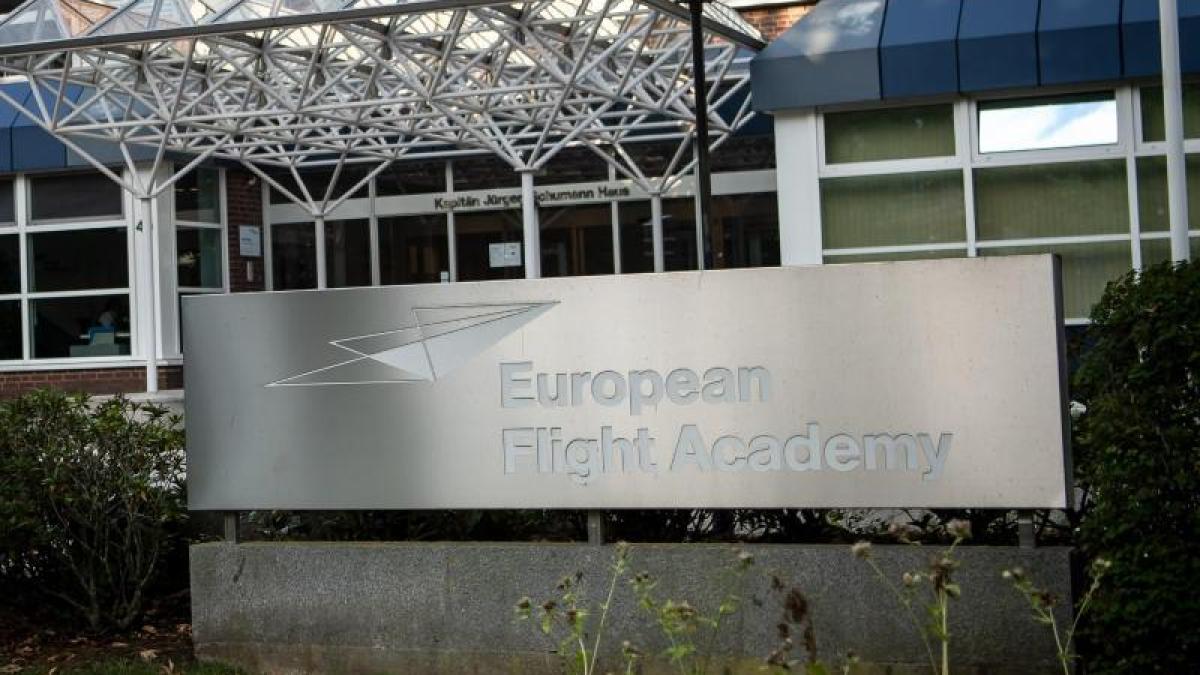 Frankfurt / Main (dpa) - With its new concept for pilot training, the Lufthansa Group is concluding the practical training at the traditional commercial flying school in Bremen.

In the future training network, only theoretical content will be taught at the location; the training sessions in the aircraft will be relocated from Bremen Airport to Rostock, as announced by the Group's training division Lufthansa Aviation Training (LAT).

The Bremen Commercial Aviation School, founded in 1956, is not just any location; it is associated with strong emotions for most of the approximately 5,000 Lufthansa pilots.

It was here that they made their first experiences as young flight students, worked in closely related years for the demanding tests and ultimately passed them.

Bremen is considered the starting point for the strong corps spirit of the pilotage, which has repeatedly shown itself in conflicts with management in recent years.

The approximately 130 Bremen employees were informed on Wednesday morning at a works meeting that a reconciliation of interests and a social plan would be negotiated for them.

"It's a really dark day for the school, the pilots and the staff," says flight instructor and works council vice-president Philip Walker.

After these announcements not only the flight instructors should fear for their jobs.

"Even the theory teachers and administrative staff can by no means be sure that their skills will still be wanted in the future."

According to Lufthansa, the theoretical part of the training will in future be concentrated at the Bremen location.

"The future-oriented, digital modules for theoretical pilot training are also to be developed here," says a press release.

In the long run, on the other hand, the training flights in the Cessna Citation jets, which were only acquired in 2007, appeared to be too expensive.

They are to be replaced by fan guns at Rostock-Laage Airport, which, according to LAT, do not even account for a quarter of the Cessna costs.

The Grenchen training facility from the legacy of the Lufthansa subsidiary Swiss, which also works with Diamond fan guns, remains unchanged.

With the new concept, the group is saying goodbye to the model of training pilots in a special training course solely for the needs of their main airline Lufthansa and Lufthansa Cargo.

Anyone who was accepted into this training earlier could justifiably hope for a job at the Lufthansa core company, and at tariff conditions that pilots in other group airlines could only dream of.

In the future, all flight students will go through the same training steps in a “campus model” and apply to the various group companies with the more general ATPL (Airline Transport Pilot License).

Flight instructor Walker thinks this is short-sighted: "The MPL training (Multi-Crew Pilot License), which is specially tailored to the needs of Lufthansa, is dead. That means a tremendous loss of quality and competence for the airline too."

Because training in Bremen was previously even a requirement for new pilots at Lufthansa and Lufthansa Cargo, the group terminated the relevant “collective agreement selection” with the Cockpit Association at the end of June.

That must now be renegotiated, according to the Frankfurt headquarters.

The fate of the 700 flight students who were caught off guard by the Corona crisis last spring is still unclear.

Lufthansa Aviation Training only wants to complete around 150 highly advanced users, the rest should stop or switch to a private flight school with uncertain prospects.

According to the Cockpit Association, around 120 students from the MPL course have sued the Frankfurt Labor Court to continue their training under the old conditions.

Nobody dares to say at the moment when there will be new courses based on whatever model.

The fact remains that the group wants to reduce its fleet from 800 to 650 aircraft and will need fewer pilots for a long time than it currently has on board.