Greece: snowfall, rare in Athens, which "does good" in full confinement

In Greece, a rare phenomenon, several centimeters of snow fell in the capital Athens. The bad weather also caused power cuts in the region of Attica and on the island ... 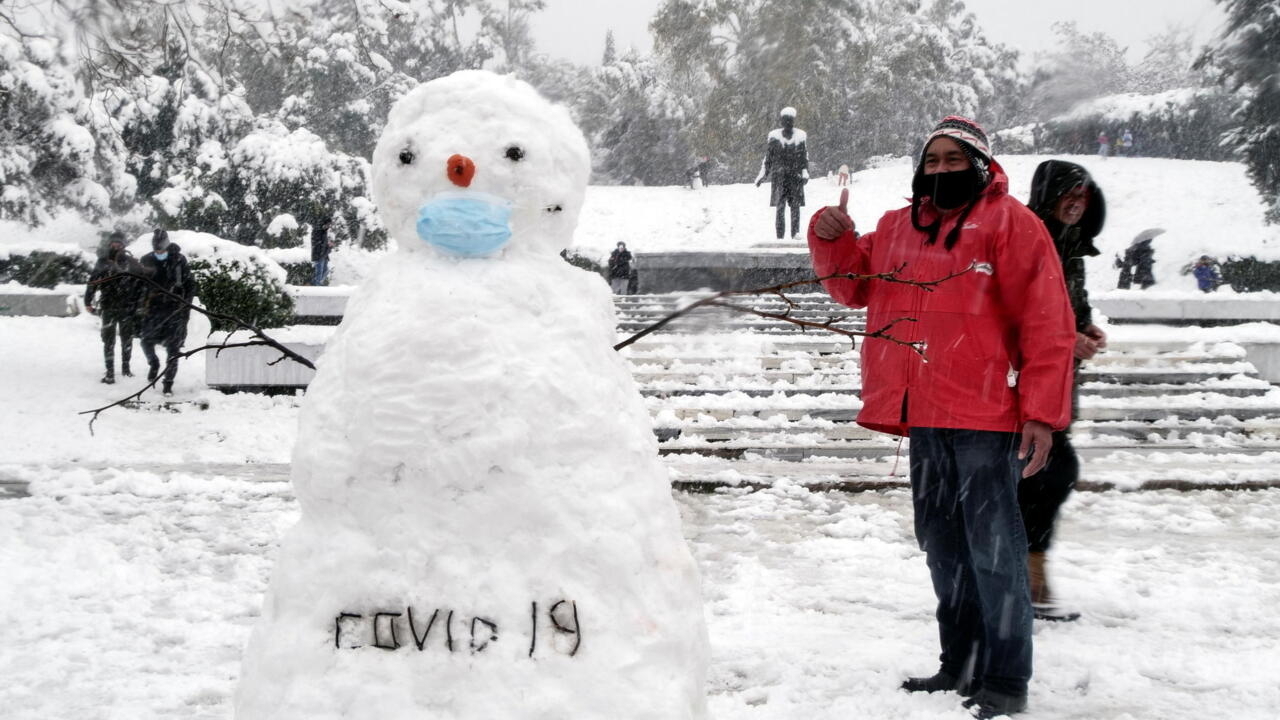 Greece: snowfall, rare in Athens, which "does good" in full confinement

In a park in Athens, a snowman with the logo "Covid-19", February 16, 2021 REUTERS - VASSILIS TRIANDAFYLLOU

In Greece, a rare phenomenon, several centimeters of snow fell in the capital Athens.

The bad weather also caused power cuts in the region of Attica and on the island of Evia and even resulted in the death of two people in the country.

But in the good news department, in the center of Athens, this unusual snow was also the opportunity to offer a playful and smiling parenthesis in a city which is in its fourth month of confinement in a row.

In the park of the Field of Mars in Athens, a rare scene, snow covers the immense statue of Athena which guards the entrance.

Falling from the sky, the white flakes which continue to fall provide the ammunition necessary for improvised snowball battles between dozens of people brought together by the vagaries of the weather.

A rediscovered conviviality that offers a breath of fresh air in a gloomy urban climate due to a second confinement in progress since November.

The snow having also disrupted transport, the thirty-year-old friends of Katerina Roumelioti, who are not teleworking, thus benefit from a day of rest.

It's great, I'm very happy and it's a break from our daily life and the

we are undergoing at the moment

There, we are making a snowman, it is very rare to have so much snow in the center of Athens, it has been almost ten years since it had fallen so much.

Earlier, with my friends, who were glad we didn't go to work, we had snowball fights and had fun like we had fallen back into childhood.

Thanks to the snow, laughter erupts again in a public space lined with prohibitions due to the virus.

And for the Athenians gathered there, the observation is simple and unanimous: “