Flying staff are welcome at Bahn

The job prospects for pilots, flight attendants and aircraft technicians have worsened massively in the Corona crisis. A state-owned company obviously offers advantages when it comes to reorientation. 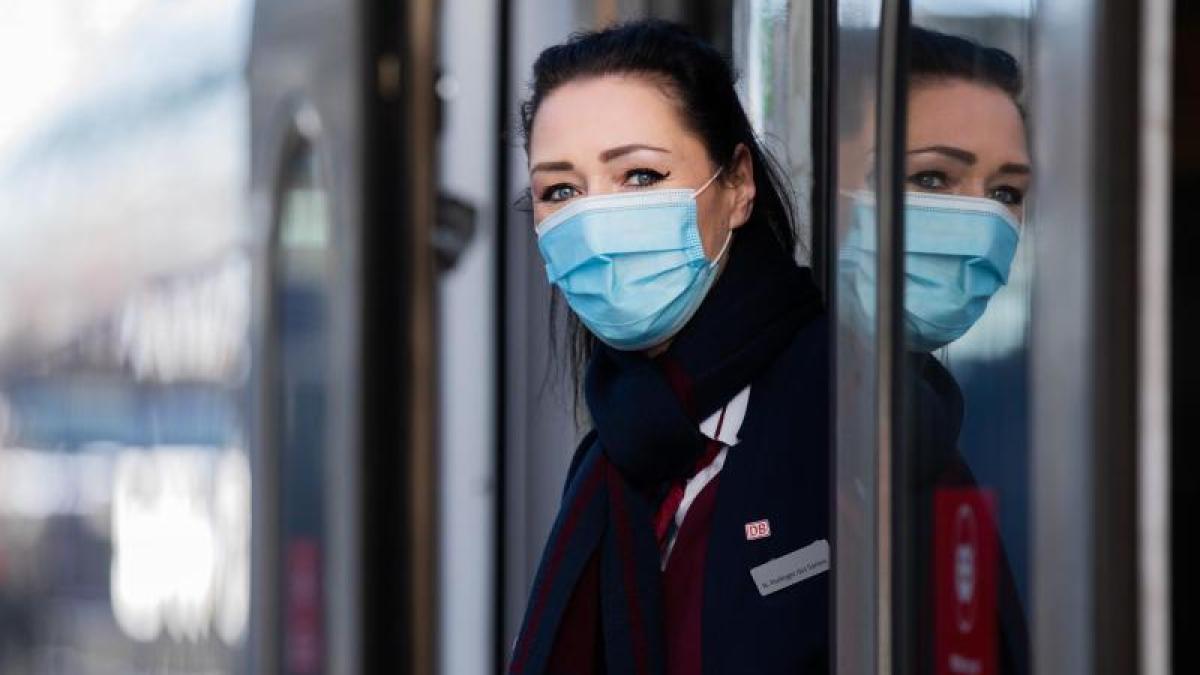 “That was terrible, I even cried,” says the 45-year-old from Siegburg a few months later.

After the tears, the stewardess of the Lufthansa subsidiary Germanwings immediately looked for a new job, although she could have leaned back once with a full basic salary.

Instead, she spent three months studying safety regulations, tariff regulations and railway laws in order to be on the move as a train attendant for Deutsche Bahn from January onwards.

From jet to ICE: Nicole Perlinger dos Santos is by no means the only one who has to look for a new job outside of flying.

While there were still a number of alternative jobs in the industry after the bankruptcy and smashing of Air Berlin in 2017, there will be permanently fewer jobs in air transport after the corona shock.

The Lufthansa Group alone is closing its Germanwings and SunExpress Deutschland flight operations with around 1,300 flight attendants, and service providers such as the insolvent Luftfahrtgesellschaft Walter (LGW) are also permanently on the ground.

Deutsche Bahn intends to hire at least 18,000 new employees across the group this year alone and has seized the unexpected opportunity.

Perlinger los Santos, together with a colleague, was only the spearhead in the change, which afterwards around 70 other colleagues from Germanwings and SunExpress dared as part of a cooperation between DB and the transferring companies.

Thanks to the successful cooperation, the train service is currently well staffed, according to the current report from the Bahnower in Berlin.

But also in this area there will be further adjustment in perspective.

The unions are happy about everyone who finds a job with solid employers.

"For many, the remuneration at Deutsche Bahn is absolutely comparable," says Verdi aviation expert Marvin Reschinsky.

The working conditions were also right.

Since, on the other hand, it is clear that there will be no jobs in the aviation business for years, it was a very good initiative by Germanwings to approach the railways.

Further possibilities are being sought with the Bundeswehr and the Charité hospital in Berlin.

In addition to flight attendants, pilots are also generally attractive to other employers.

“We can do a lot more than the manual operation of an airplane,” says Lufthansa pilot and management trainer Leila Belaasri, who advises colleagues on changing jobs for the Cockpit Association.

Working in a high-risk environment, resistance to stress, technical understanding and personal responsibility are just a few skills that are not present in the box thinking of many HR departments and labor administration - and therefore would not be recognized.

“Some of the colleagues have to beg for opportunities,” Belaasri criticizes.

In their view, a license as a commercial pilot is equivalent to a bachelor's degree.

“We can create added value with our skills, for example in project or crisis management,” she is convinced.

The young co-pilot Patrick Reich from Berlin swapped the jet cockpit for the driver's cab of an ICE operated by Deutsche Bahn and accepted wage reductions.

The young father told the “Zeit Online” portal: “Salary is not the decisive factor for me.

The framework conditions are more important.

According to Deutsche Bahn, six other pilots are currently in the application process.

Ex-stewardess Nicole Perlinger dos Santos earns even better on the rails than in the cabin and has already successfully survived the first tricky situations in a very late train during the cold spell.

The experience in the cabin helped her: “The activities are in principle very related.

The most important thing is to remain friendly, calm and relaxed. "

After Corona, she no longer wants to return to the plane, but prefers to use development opportunities at the railways with their more than 500 job profiles.