Reduction in crimes of blackmailing men victims of "visual conversations"

The Director of the Cyber ​​Crime Department at the General Department of Criminal Investigation and Investigation in Dubai Police, Colonel Saeed Al Hajri, warned against publishing family and personal data and activities on social media sites, pointing out that fraudsters and cybercriminals 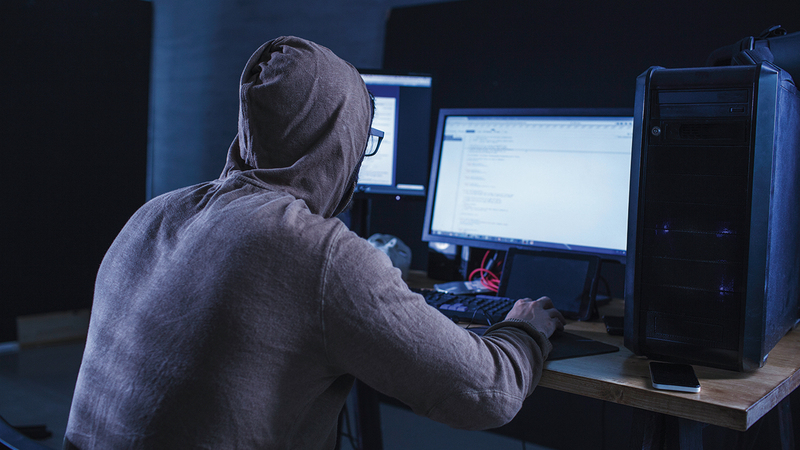 Reduction in crimes of blackmailing men victims of "visual conversations"

The Director of the Cyber ​​Crime Department at the General Department of Criminal Investigations and Investigations in Dubai Police, Colonel Saeed Al Hajri, warned against publishing family and personal data and activities on social media sites, pointing out that fraudsters and cybercriminals analyze this data and can use it later to target The owner of the account, whether by defrauding him, or by luring and extorting him, affirming that the crimes of blackmailing men have decreased after filming them during "visual conversations."

While the Deputy Director of the Department, Captain Abdullah Al Shehhi, stressed the danger of pressing suspicious links received through "Social Media" applications, as it may be a loophole to penetrate the account, calling on users to activate the two-step verification feature for the WhatsApp account specifically to secure it from hacking.

In detail, Al-Hajri said that many users over-publish everything related to their lives on the accounts of "social media", without realizing that there is someone who monitors and analyzes these activities, and may exploit them later in several crimes, such as: fraud, impersonating the owner of the account by creating Another account in his name, or by targeting the same person, by luring and blackmailing him.

He added that there is a significant decrease in the crimes of blackmailing men after filming them during "visual conversations", thanks to the continuous awareness of the Dubai Police about the dangers of communicating with strangers, pointing out that most of the victims of extortion are currently women, because of the same mistakes, such as identifying strangers, And unjustified trust in them.

He explained that the launch of the e-Crime platform contributed to facilitating communication with victims and containing these crimes at an early stage, especially in light of preserving the confidentiality of the amount and information related to it, stressing that Dubai Police paid early attention to the seriousness of cyber crimes, in light of the development of communication technologies. And the ease of committing it thousands of miles from other countries, and the difficulty of tracking down its perpetrators, so it established a strong digital structure to protect members of society, but what remains is to deal with caution and awareness by the public not to fall into this trap is the basis.

For his part, Captain Abdullah Al Shehhi warned against entering suspicious links received via e-mail or some social media, such as the WhatsApp application, especially those that include attractive offers from stores, as it may be a loophole to penetrate the account.

He stressed the necessity of activating a two-step verification mechanism for the WhatsApp account and e-mail to ensure enhanced protection, and not to share the secret code that the user receives to verify his identity with anyone, regardless of their degree of relationship.

He pointed out the need to verify the source of the message, especially the one received via e-mail, as fraudsters send links from addresses that almost match a mail or friend's number, and they usually use this method to penetrate correspondence between companies and individuals.

The Deputy Director of the Anti-Cyber ​​Crime Department, Captain Abdullah Al Shehhi, explained the mechanism for communicating or reporting that some people have violated the precautionary measures related to the emerging corona virus, stressing “the need to report via the e-Crime platform or the free call line (901), and not to republish violations. "These people through social networks, because this helps promote what these people commit, and makes the idiots famous."

He said that many of the violations that were issued by Dubai Police, recently, to people who did not adhere to the procedures, were thanks to the cooperation of members of the public who reported through the approved platforms, and documented their communications with pictures or video.

Most of the victims of extortion today are women, as a result of making the same mistakes, such as meeting strangers.