Spain: Catalans go to the polls in the midst of a pandemic

Polling stations open Sunday morning in Catalonia. The main unknown of the ballot relates to participation, due to the health crisis. The polls show three formations in a m… 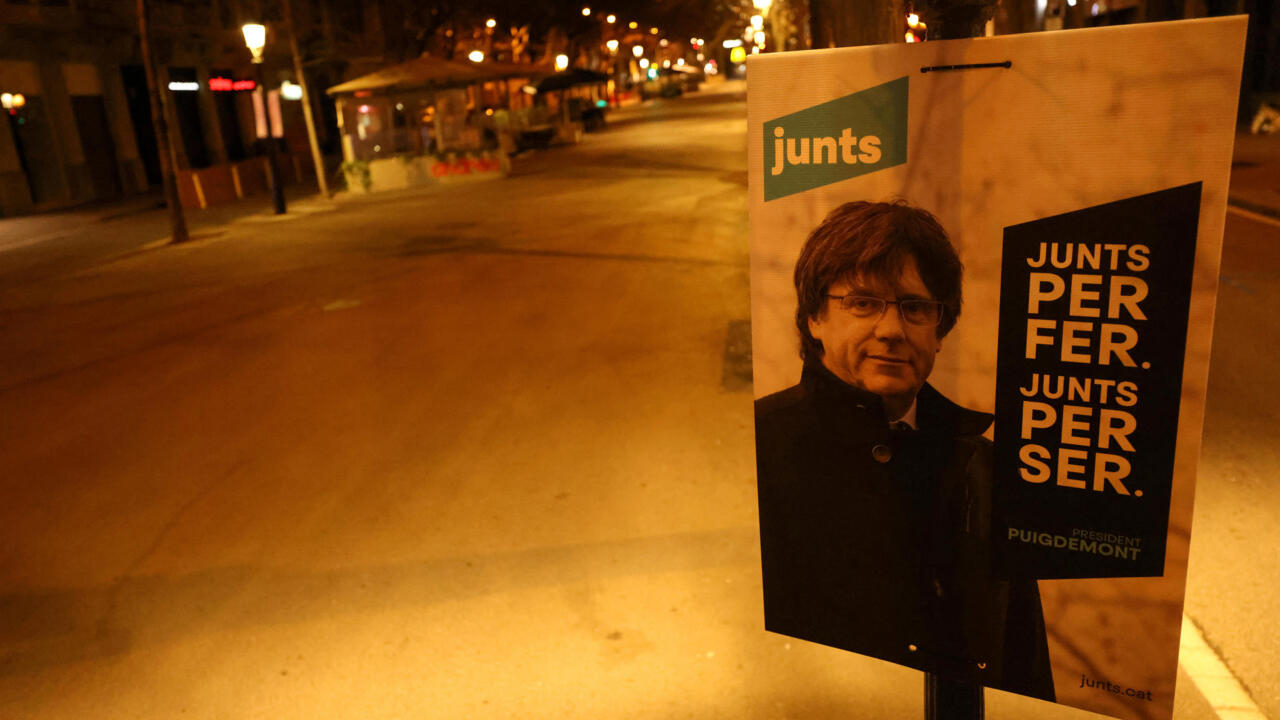 Catalonia is called to the polls on Sunday in the midst of an epidemic and with the stake of knowing whether the Socialists, at the head of the Spanish government, will manage to remove the separatists from power in Barcelona, ​​a little more than three years after a failed attempt at hard secession repressed.

Beyond the results for this region of northeastern Spain, the main unknown of this election relates to the participation, which should be down sharply due to the current health context in the country, one of the European states. hardest hit by the Covid-19 pandemic, although a slight improvement has been noted in recent days.

Following the explosion of new cases following the end-of-year celebrations, the regional government had decided to postpone the ballot to the end of May, but the courts intervened to restore the initial date.

Polling stations will be open from 8 a.m. GMT to 7 p.m. GMT, but the last hour will be reserved for people with Covid-19 or in quarantine, an exceptional situation that will require assessors holding the polls to wear full protective suits.

Opinion polls predict turnout could drop below 60%, down from around 80% in previous elections in 2017.

Sign of unease among some 5.5 million registered voters, about 35,600 people out of the 82,000 drawn to serve as assessors have asked to be exempted from this obligation.

Although 23,300 requests were accepted, the authorities assure that the ballot can proceed normally.

This predictable drop in turnout increases the uncertainty of the ballot, with polls showing three parties in a pocket handkerchief with just over 20% of the vote: the two main Catalan independence parties - Together for Catalonia (JxC) and Gauche Républicaine of Catalonia (ERC) - which form the current regional government, and the PSC, the Catalan branch of the Spanish Socialist Workers Party of Prime Minister Pedro Sanchez.

These elections take place a little over three years after the failure of a secession attempt marked by the holding, on October 1, 2017, of a self-determination referendum banned by the courts and which had given rise to very violent police.

The head of the Catalan government at the time, Carles Puigdemont, is still in exile in Belgium and nine pro-independence leaders were sentenced in 2019 to terms ranging from nine to 13 years in prison.

The current coalition could stay in place

Determined to break the hold of the separatists on power in Barcelona, ​​Pedro Sanchez, who became Prime Minister after this crisis of 2017, appealed to his former Minister of Health and figurehead in the fight against Covid-19 in Spain, Salvador Illa, to lead the Socialists to battle.

He even got personally involved in the campaign by participating in several electoral meetings, with the risk that Salvador Illa's failure would also be perceived as his.

Even if they win the greatest number of votes, the Socialists will need partners to obtain the absolute majority of 68 deputies (out of a total of 135) in the local parliament, and will have to break up the independence bloc for this.

They are counting on ERC, a party open to dialogue with Madrid and whose support has even enabled the minority government of Pedro Sanchez to have its program voted in Parliament.

But ERC, JxC and three other small formations pledged in writing this week not to contribute "in any way" to the formation of a government with Salvador Illa.

A victory for the Socialists on Sunday could therefore prove to be irrelevant, the most likely hypothesis for analysts being the maintenance in power of the current coalition between JxC, a supporter of a hard line vis-à-vis Madrid, and ERC.