Migrants: the Canaries facing a sharp increase in arrivals

Off the Moroccan coast, on the Spanish Canary Islands, the arrivals of illegal migrants have been on the rise since last year. According to the Spanish Interior Ministry, ent… 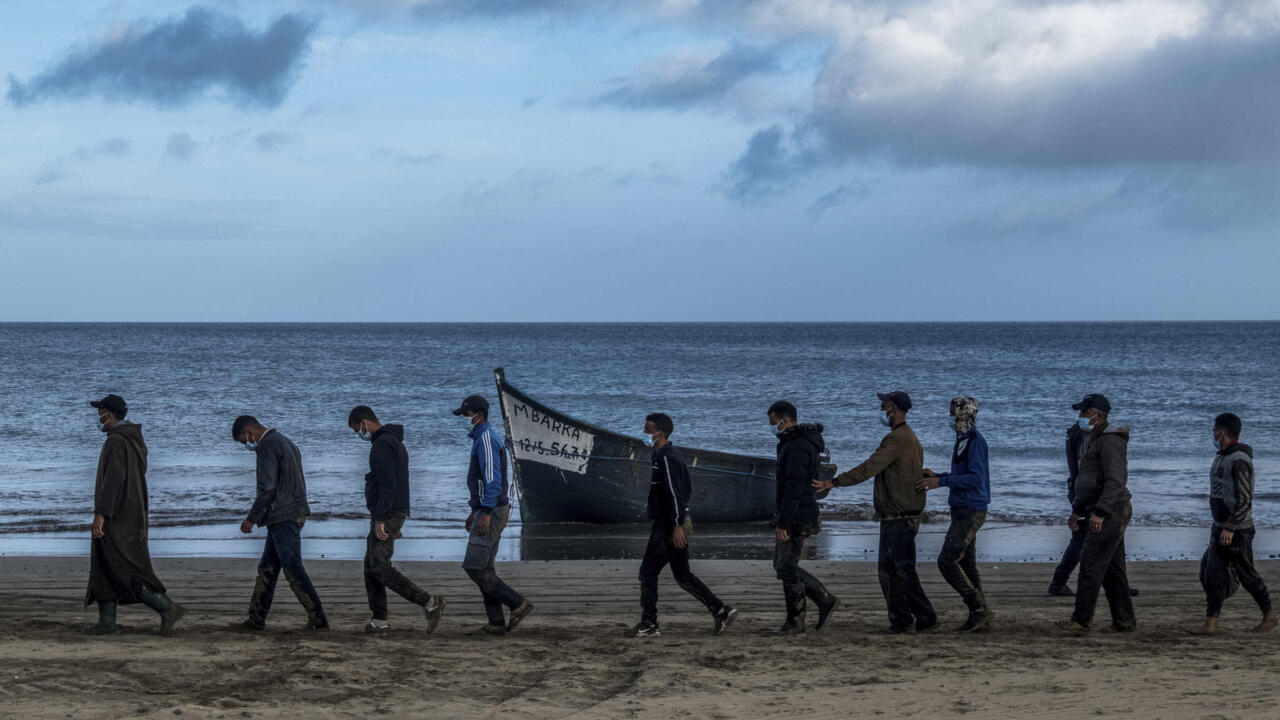 Migrants: the Canaries facing a sharp increase in arrivals

Migrants from Morocco escorted by Spanish police after their arrival on the coast of the Canary Islands on Tuesday, October 20, 2020. AP Photo / Javier Bauluz

Off the Moroccan coast, on the Spanish Canary Islands, the arrivals of illegal migrants have been on the rise since last year.

According to the Spanish Interior Ministry, between 2019 and 2020, the number of arrivals has increased tenfold to 23,000 people.

The western Mediterranean route had not been practiced for more than many years so how to explain that this route is again taken by the candidates for exile?

Since last October, arrivals have counted in the thousands on

The peak was reached in December with a peak of more than 8,000 arrivals and the momentum started in 2020 continues at the beginning of 2021. In January, compared to the same period last year, three times more migrants disembarked by boat on the Spanish coast.

On the spot, the situation is tense.

The migrants are stranded and sometimes remain for months in camps or overwhelmed reception centers, without being able to reach the Spanish metropolis.

According to some observers, the government refuses to bring in migrants who have arrived in the Canaries because it fears creating a deadweight effect.

Fifteen years ago, during the previous migratory crisis, migrants embarked mainly from the Mauritanian or Senegalese coasts, with a predominantly sub-Saharan population.

Today, most of the boats leave the port of Dakhla in Western Sahara, and the European border protection body Frontex observes a change in the nationalities received.

To continue the analysis on the reasons for the sudden increase in arrivals of migrants, especially Moroccans, to the Canary Islands, the Spanish journalist Ignacio Cembrero, correspondent for the daily

in Morocco for several years and today collaborator with the

, was the guest of Afrique Soir at the microphone of Victor Mauriat.

We can ask the question: why in a territory as well controlled as Western Sahara, since two thirds of the Moroccan army are deployed there, this phenomenon occurs from this territory?

New arrivals of migrants in the Canaries: analysis by Spanish journalist Ignacio Cembrero

► To read also: The Canary Islands, new "prison" for migrants from Europe

More than 2,000 migrants died trying to cross to the Canary Islands in 2020

The Canary Islands, a new "prison" for migrants from Europe