The police were alerted to a big party in central Malmö

On Friday evening, the police received calls about an event in a party room in Malmö with far more participants than the pandemic law allows. According to Sydsvenskan, it was set for 100-150 people in the room. The owner of the party room believes that the tenants have signed an agreement to follow the restrictions on the number of guests, but according to the county administrative board, it is not clear if that is enough. 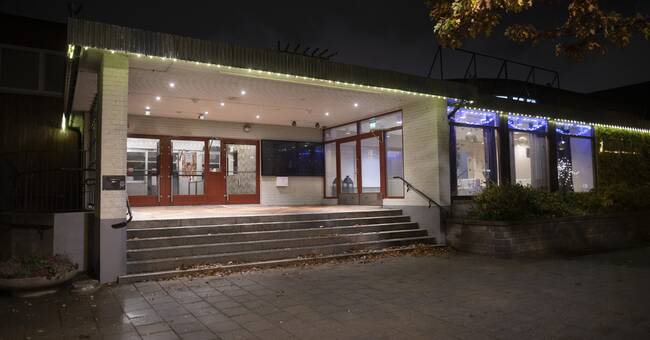 Early in the evening, the police were tipped off.

- We received calls that it was suspected that the limit for the number of people in the premises had been exceeded, but then referred to the County Administrative Board, which is the supervisory authority, says police spokesperson Sara Andersson.

According to the tipper, it was about 50 people.

But according to Sydsvenskan, it was about even more, up to 150 people, who may have been at the event which is said to be a birthday party.

Alarmed to quarrel at the party

Shortly after 8 pm, new phone calls came to the police - this time about some of the guests getting into a fight.

- Then patrols are sent to the site.

It turned out to be a verbal quarrel, so no police report has been made about it, says Sara Andersson.

But the police patrols still disbanded the party and the guests had to leave.

According to Sara Andersson, it cannot be ruled out that a report will be made.

Mikael Ringman, press officer at the County Administrative Board of Skåne, tells SVT Nyheter Skåne that the incident will be something that the new unit for pandemic surveillance can watch.

- Our part of the supervision is about operators and that they are not allowed to rent out their premises for parties where there are more than eight people.

This operator who is relevant here will most likely get a visit, but what it can lead to, I can not say now, he says.

The owner: We have routines

Party room Admiral's owner Behrooz Hamzehi went to the scene himself when an employee called and told him about the party.

He believes that those who rented the premises signed an agreement to comply with the restrictions and that they actually rented a smaller room upstairs, not the large party room.

- I will talk to a lawyer about whose responsibility it is when they use my premises in a way that was not agreed, he says.

He says that employees had previously warned the guests that they were not allowed to be more than what the law says.

- We have routines all the time when we rent out the premises.

We agree with them on the conditions that they must obtain the permits required for the type of party they have.

A guest must also find out recommendations and restrictions and follow them, says Behrooz Hamzehi.

The law does not apply to private individuals

Mikael Ringman says that the county administrative board cannot act against a private person who has rented a party room.

- The law only applies to operators.

Then the question is, which I can not answer now - is it enough to write a contract or do you have to have better control, he says.