Top 14: Racing 92 and La Rochelle on the lookout for Toulouse Paris (AFP) The distance duel for pole position between Toulouse (1st, 52 pts), La Rochelle (2nd, 50 pts) and Racing 92 (3rd, 50 pts) continues this weekend on the 16th day of the Top 14. The match between Agen and Clermont is postponed to February 27 due to several positive cases for Covid-19 in the ranks of Auvergne. . Toulouse has the teeth Forced rest due to cases of Covid-19 within its wo 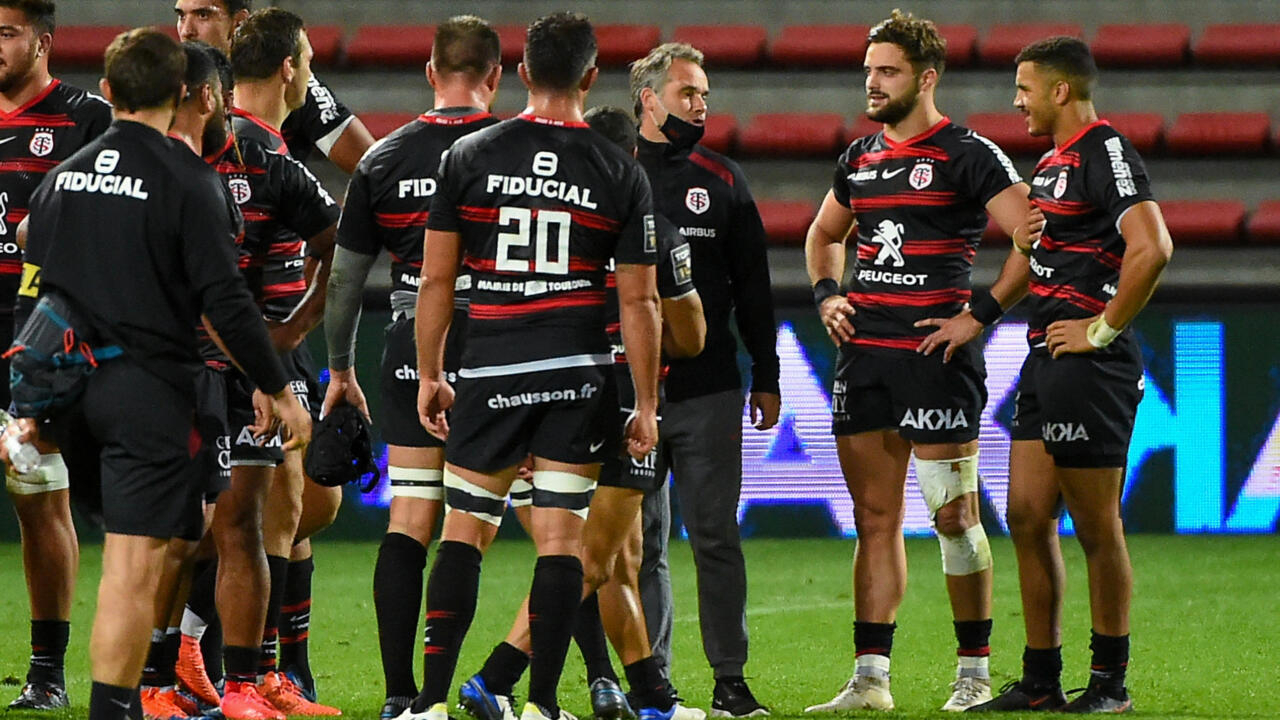 The match between Agen and Clermont is postponed to February 27 due to several positive cases for Covid-19 in the ranks of Auvergne.

Toulouse has the teeth

Forced rest due to cases of Covid-19 within its workforce, Toulouse has played only once in the past four weeks, in Agen, swept 59-0.

"A game unfortunately a little too quickly one-sided," lamented Toulouse coach Ugo Mola, worried about the lack of rhythm of his players.

Deprived of his French internationals, the leader of the Top 14, on the other hand, saw his infirmary empty considerably during this cut.

Welcome returns for Ugo Mola, suspicious before facing Pau, "an opponent difficult to maneuver", who "always rather responded to the big teams".

The Pau Section, whose scrum had heckled that of Toulouse on the first leg, remains on a surprise victory on the lawn of Lyon.

The Stade français wants to regain a taste for travel

At home, a series of six victories.

Away, six defeats in as many matches.

The French Stadium does not know how to win when traveling, since October 10 and its success in Agen (20-3), last in the standings.

Not even in Montpellier, a poorly classified, who beat him up (31-6) last weekend.

The Parisian second line Paul Gabrillagues can not find an explanation for the split personality of his team.

"We want to show outside that we are able to be as precise as at home" and "correct" the "small details" that make you lose "very quickly", he says.

The challenge promises to be very met at Bordeaux-Bègles, which remains in five matches without defeat (4 wins, 1 draw).

And on its own land, the Gironde formation has lost only once this season in the Top 14, against Racing 92 (17-12) in early December.

Lyon to raise its head

The Ile-de-France club, located two lengths from the Toulouse leader, welcomes Lyon, a team in difficulty on the road to qualifying for the final phase.

The Rhone have lost three of their last four matches.

Seventh, four units from the Top 6, they must re-engage the forward gear on the synthetic turf of Racing 92, which has been successful for visitors lately.

But the Ciel et Blancs rectified the situation in their Arena last weekend by defeating La Rochelle (26-22), without many of their internationals.

La Rochelle to bounce back in Toulon

Second consecutive trip to La Rochelle, beaten with forceps by Racing 92. The Maritimes, stopped dead in their forward march, intend to catch up on the harbor to avoid remaining ... in the harbor and get back to the Toulouse train.

Sixth in the standings, Patrice Collazo's men would like to deprive La Rochelle of their third success of the year.

The Héraultais want to confirm the net success against Stade Français, which allowed them to leave the relegation zone.

Especially since Bayonne, which receives Brive on Sunday, is five lengths behind them but with two fewer matches.

After sinking the Rowing (31-21), Castres aims for a new success against a poorly classified.

This would allow him to take a big step towards maintenance.