The authorities' mistake: Dead man was sentenced in the district court

This week, a deceased man was sentenced to a daily fine in Uppsala District Court. The trial was held without the man, who had been dead for several weeks. The district court now apologizes to the relatives. - I understand if they get upset when they get a verdict in this way, says manager Catarina Barketorp. 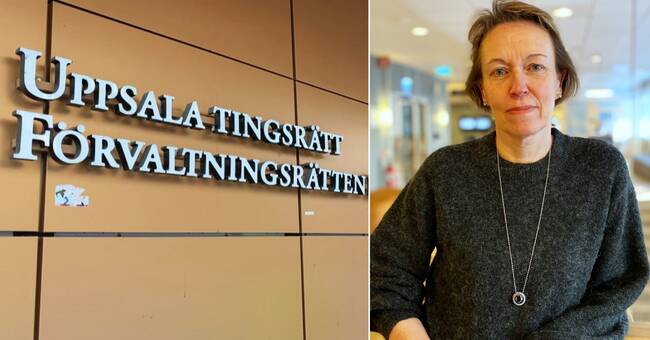 The strange story began in June last year, when the man drove a truck under the influence of drugs.

He was stopped by police and then charged with drunk driving and minor drug offenses, for his denial.

On November 16, the man, who was a resident of Eskilstuna, died.

But despite the death, Uppsala District Court held the main hearing in the case on February 1 this year.

The decision was announced on Monday - the dead man will be punished with a daily fine.

The verdict, which SVT has read, states that the man was served with the summons but did not come to the hearing.

- Our computer systems do not talk to the other authorities' systems, so we must not know such things.

We have done exactly as we should, so no one here has done anything wrong.

We have followed our routines, says Catarina Barketorp.

"Have never been there"

Nor did the Public Prosecutor's Office discover that the man had died.

Magnus Berggren, Deputy Chief Prosecutor at the Public Prosecutor's Office in Uppsala, believes that the miss is due to the use of so-called simplified service, where the court sends summonses to the accused person, without a requirement for a response.

In practice, this means that the person does not have to appear in the negotiations.

- It is clear that it is unfortunate if something like this happens, even if it must be very unusual.

I have never seen it, he says.

It is now up to the prosecutor to appeal to the Court of Appeal, which can then set aside the verdict.

In the clip, you hear the head of the district court tell more about how this could have happened.