Hundreds of thousands have been protesting against the military in Myanmar for days. More and more people are joining the demos. The US has announced sanctions - this is increasing the pressure on the federal government. 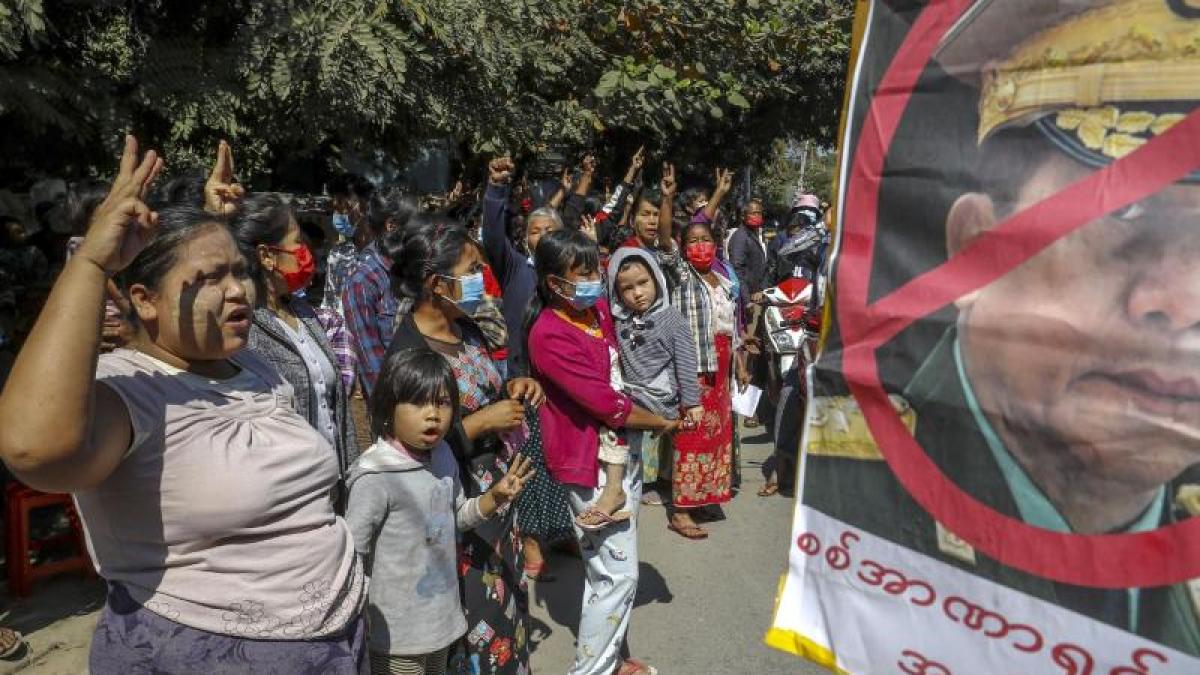 Naypyidaw (AP) - Regardless of international appeals, sanctions and large-scale demonstrations, the new military junta in Myanmar continues to crack down on the disempowered civilian government.

At least six high-ranking politicians were arrested late on Wednesday evening, including a close advisor to the deposed Prime Minister Aung San Suu Kyi, the newspaper "The Irrawaddy" reported on Thursday.

Meanwhile, calls to the German government to follow the example of the US and to impose sanctions on the regime in the Southeast Asian country are growing louder.

The Society for Threatened Peoples (STP) appealed to Federal Foreign Minister Heiko Maas to support the democratic forces in Myanmar “with all available means”.

To do this, he must follow the example of US President Joe Biden and bring sanctions into play - also at European level.

"The military must go back to the barracks, the coup generals must be disempowered and sanctioned," said Jasna Causevic, STP consultant for genocide prevention and responsibility to protect.

Otherwise, the events of 1988, when the military brutally suppressed protests and killed thousands of people, threatened to repeat.

Biden announced punitive measures on Wednesday, including against family members of the military and against companies affiliated with the army.

"The military must surrender the power it has usurped," he said in the White House.

On the night of February 1, the military had reverted to power and took the former freedom icon Suu Kyi (75) and numerous other politicians into custody.

The junta has declared a year of emergency and appointed a new cabinet.

The official reason given by the army was fraud in the November parliamentary election, which the NLD had clearly won.

The demonstrations in Myanmar continued unabated on Thursday.

It was the sixth day in a row that tens of thousands of people called for the restoration of civil government and a return to democratic reforms.

There was a major rally in front of the Chinese embassy in Rangoon (officially today Yangon).

Participants accused the Beijing leadership of supporting the junta.

"The world is behind us, but China is behind the military regime," read a poster.

In the northern city of Mandalay, colorfully dressed artists took to the streets, bank employees and railway employees also took part in demos.

In addition, according to reports on social networks, numerous members of ethnic minorities in the multi-ethnic state also joined the protests.

At first it was peaceful.

On Tuesday, the police tried to disperse demonstrators with water cannons and rubber balls.

Live ammunition was also used, and a young woman is in critical condition.

Amnesty International announced that it had examined images and videos of the shooting.

Accordingly, a police officer shot the student with a variant of a submachine gun made in Myanmar.

“The level of violence used by the security forces in Myanmar is abhorrent,” said Theresa Bergmann, Asia expert at the human rights organization.

She called for an independent investigation.

Report from The Irrawaddy