For ten days at the turn of the month January / February, the Swedish Customs stopped seven cars with a total of 38 suspected smuggled puppies. All puppies have been killed due to the risk of contracting infectious diseases in Sweden. A new part of the job for customs staff has been to be involved when the puppies fall asleep. 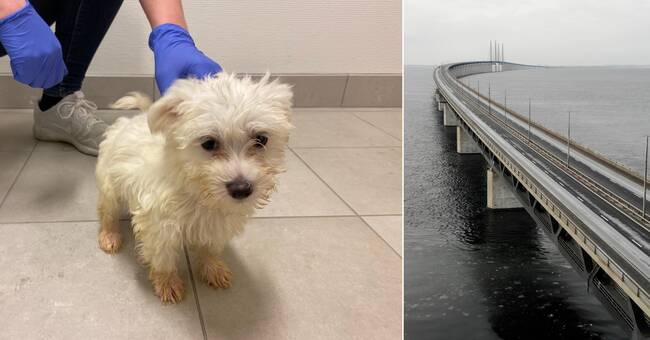 - It's flooding in with smuggled dogs right now.

I have never experienced anything like this, says Niklas Delin, group manager at the Swedish Customs in Skåne.

One effect of the pandemic is that more and more people want to buy a dog.

Most dogs that are smuggled often come with fake EU passports.

- In most cases, the passports are either forged or a corrupt veterinarian abroad has forged them.

The passports may state that the dogs are 17 weeks old when in reality they are 6 weeks old.

It is not certain that they are even vaccinated against rabies, says Niklas Delin.

"Killing a part of our everyday life"

- Participating in the killing of dogs has become part of our everyday life when it occurs almost daily now.

They did not apply to Customs to help kill puppies, says Niklas Delin.

Niklas Delin says that he has never witnessed anything similar regarding dog smuggling in recent weeks.