Region Skåne: "Where is the vaccine?"

Regional director Alf Jönsson was frustrated at today's press conference. He thinks that the regions are being unfairly criticized for the slow vaccinations. - We have capacity and staff, but where is the vaccine? he wondered. 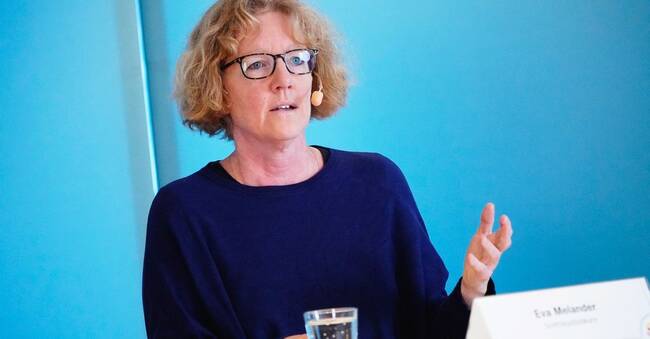 We are going to give 2 million doses and we could do this very quickly.

Last week I was told that one million doses would come to Sweden in February - but we have not seen them yet, said Alf Jönsson.

- We have materials and employees.

We have a high capacity, but where is the vaccine?

It takes far too long and it does not depend on the regions but on the fact that deliveries from the pharmaceutical companies are delayed.

This means that vaccinations are delayed.

The region now believes that it is possible to get started and vaccinate people over the age of 65 in mid-April and the rest of the population - ie everyone between the ages of 18 and 64 - in May.

Gets only a handful

The lack of vaccines means that healthcare must give high priority when it comes to who receives vaccines.

- It sounds so much when you talk about how many doses are sent out, but each health center receives about this many doses in a week, said Alf Jönsson and showed a handful of ampoules.

- We only have one plan to start from.

The oldest and most fragile SHOULD be given priority and the care staff who take care of them.

Had we had more vaccines, we would not have had to be so harsh, he said.

When there is a shortage of doses, rumors arise about who received the vaccine and who passed the sex.

Alf Jönsson has therefore ordered that all deviations be reported so that the region knows what the rumors are and what is true.

The infection goes down

Infection control doctor Eva Melander talked about the infection situation and was able to report that it is declining.

"Overall, we have a very gratifying situation," she said.

- There is also less pressure on healthcare, but at the same time we have a continued spread of infection.

Samples show that around 12 percent of those infected have the British mutation.

Region Skåne will continue to investigate whether the mutation is spreading.

- This means that we have the mutation here.

But we have to find out more about it, said Eva Melander.

Can not be given to the elderly

The new announcement last week that Astra Zeneca's vaccine should not be given to people over the age of 65 has made it clear when it comes to vaccination plans.

The vaccine that comes in February and March comes to a large extent from Astra Zeneca and this means that you can not vaccinate those who are first in line.

- The different vaccines will be directed to different providers.

Pfizer's and Moderna's vaccine will be sent to primary care, which will vaccinate the elderly, said Per Hagman, who is the vaccination coordinator at Region Skåne.

- Astra Zeneca's vaccine will be used to vaccinate healthcare professionals and staff.

At the turn of the month, April-May, it is expected to be able to start vaccinating people over 65 years of age.

Only in June it is believed that that group will be fully vaccinated.

- The entire schedule is based on forecasts of delivery notices.

We only know a couple of weeks in advance how many doses we will receive, said Per Hagman.

- In April, we also expect that two new vaccines will be approved.

Our planning is based on that.