Apple builds a car, will it catch a late episode?

Chinanews client, Beijing, February 10 (Reporter Zhang Xu) Apple's car building has always been a big mystery in the science and technology circle. Seven years have passed since the self-driving car project "Titan" project, and the legendary "iCar" is still missing . Tesla has taken the lead, and Chinese technology giants have also joined the car "battlefield". Will Apple build cars in a late ep 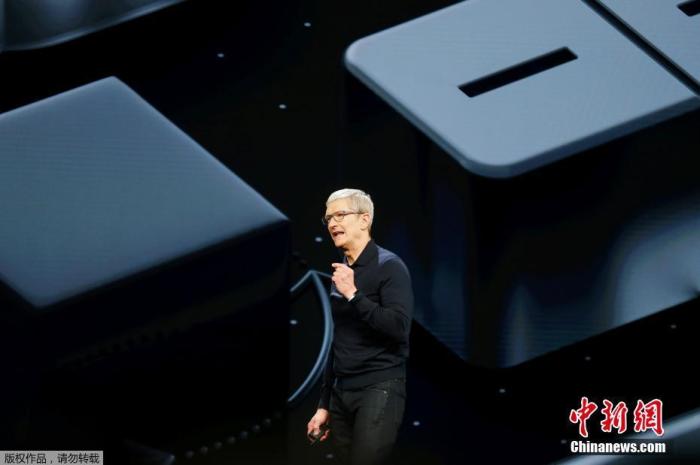 Chinanews client, Beijing, February 10 (Reporter Zhang Xu) Apple's car building has always been a big mystery in the science and technology circle. Seven years have passed since the self-driving car project "Titan" project, and the legendary "iCar" is still missing .

Tesla has taken the lead, and Chinese technology giants have also joined the car "battlefield". Will Apple build cars in a late episode?

Various car companies are quite afraid of Apple's cars.

As early as 2016, Musk once said: "Tesla's biggest competitor is not Google, but Apple."

On January 9th, Weilai Chairman Li Bin mentioned Apple for the first time on Nio Day. He believed that Weilai Automobile will be benchmarking BBA in the short term, but in the long run the main competitor is Apple.

"We'd better have a firm foothold before Apple produces the ultimate product, otherwise few companies can resist with the loyalty of Apple users, and it still has so much cash."

Judging from all signs, Apple's car building is accelerating.

At the end of 2020, Apple put forward stocking requirements to auto parts companies such as Heda, BizLink-KY, Heqin, and Futian, and included relevant companies in the first batch of supply chains.

On February 4th, CNBC reported that Apple is close to reaching an agreement with Hyundai-Kia. If the cooperation between the two parties is carried out smoothly, it will produce Apple's self-driving electric cars at Kia's assembly plant in West Point, Georgia.

The cooperation seems to be a certainty, but according to a report by Bloomberg on February 8, Hyundai Motor and Kia Motors stated in the regulatory documents that they did not continue to discuss the development of autonomous vehicles with Apple.

"We have received requests from many companies to jointly develop self-driving electric vehicles, but it is still in the early stages and no decision has been made yet."

The stock prices of the two have risen by more than 20% and 60% before.

Apple established a department called "Titan" as early as 2014 to engage in autonomous driving research and development.

The Essence Securities report shows that the proportion of Apple's intelligent driving system patents has increased from 22% in 2016 to 41% in 2019. Among them, the automatic driving patents such as voice-controlled autonomous vehicles and recognizable traffic commander gestures have been exposed.

Apple builds cars, in the final analysis, for generous returns.

Morgan Stanley analysts said in a report in January that smartphones have a total effective market of US$500 billion each year, in which Apple accounts for about one-third of the market.

The global automotive and mobile market is worth about 10 trillion US dollars, "Apple only needs to account for 2% of the market share, it can be equivalent to the scale of its iPhone business."

Who will get the apple order?

Why did Apple and Hyundai Kia suspend negotiations?

According to Bloomberg News, one reason for the suspension of negotiations is that Apple may be uneasy about Hyundai's early announcement of cooperation information.

According to analysis by Zhang Xiang, an analyst in the auto industry, “Apple and Hyundai-Kia failed to reach an agreement in the negotiations. There may be price factors. For example, when Wei came to JAC for OEM, an average of more than 20,000 yuan was paid for each car. I know what Apple’s price is, but it’s probably not agreed."

Who can get the opportunity to cooperate with Apple?

But at the same time, there is a high probability that they will not cooperate with the first-tier car companies, because the car companies OEM for Apple will compete with their own brands and harm their own interests.

"For example, Volkswagen Toyota belongs to the first echelon car company, BMW Audi is a luxury brand, and it is unlikely that they will be Apple's OEM. Second-tier brands such as French Peugeot and Citroen are more compatible. Cooperation with Apple can enhance the visibility of car companies On the other hand, it can bring in a lot of income and solve the problem of excess capacity.

Industry insiders pointed out that even for Apple, it is not easy to build a car.

It is worth noting that before, in order to promote the "Titan" project, Apple poached many engineers from Tesla, and even a senior vice president and two engineering vice presidents have switched jobs, which made Musk furious.

On December 22, 2020, Musk even tweeted, “In the darkest days of the Tesla Model 3 project, I contacted Apple CEO Cook to discuss Apple’s acquisition of Tes The possibility of pulling (at one-tenth of the current market value). But he refused to meet.” Musk also questioned the rumors that Apple is developing battery technology in his tweet.

It can be expected that once Apple cars are listed, they will have a head-to-head confrontation with Tesla, which has long been celebrated. The giants will compete with each other.

Chinese corporate bosses also get together to build cars

In reality, it is not only Musk and Cook who want to get a share of the auto market, Chinese entrepreneurs have also joined this "battlefield."

"As far as I know, this year, there are probably several technology companies that may become new forces in different models of car manufacturing. This will have a very positive and accelerated impact on the smart car market and the new mobile ecosystem." On January 11, Said He Xiaopeng, Chairman of Xiaopeng Motors.

In this regard, Li Yanhong also said, "The driverless ticket has already come, can the mass production of driverless vehicles be far?"

According to Baidu, Apollo Smart Cabin has cooperated with more than 70 auto companies with 600 models, and more than 1 million small-scale in-vehicle OSs have achieved mass production.

However, Baidu’s ambitions do not stop there. Baidu, which has already invested in Weimar and Weilai, announced on January 11, 2021 that it will form a smart car company and enter the automotive industry as a vehicle manufacturer. Geely Holding Group will become a new company. The company's strategic partner.

After announcing that it will build a car, Baidu's market value has risen all the way, breaking through US$90 billion.

Data comes from a straight flush

According to Jiang Zheng, a smart car engineer, “Baidu’s purpose for making cars may not be to be a car company whose sales is king, but to have a benchmarking platform that can integrate itself in autonomous driving, car networking, artificial intelligence, and smart cars. The technical strength in interaction and other aspects are displayed to better carry out technical iterations; at the same time, the technical strength is displayed to provide technology to other auto companies."

Ali also chooses a two-pronged approach in the field of car manufacturing.

In November 2020, Ali teamed up with SAIC and Pudong New Area to jointly build a smart car.

Prior to this, Ali has participated in Xiaopeng Motors three times.

But it was questioned: the so-called ultra-long battery life of 1,000 kilometers, currently only exists on PPT.

Unlike Ali and Baidu, who made cars in person, Tencent chose to invest in Weilai.

In 2019, Tencent subscribed for half of the US$200 million convertible bonds issued by Weilai.

As of February 8, Beijing time, the market value of Weilai Automobile reached 88.92 billion U.S. dollars, and Tencent has also made a lot of profits.

In addition, Meituan Wang Xing helped him to overcome the difficulties twice when the ideal car was most difficult.

In the two rounds of financing of Ideal Motor in 2019 and 2020, Wang Xing invested a total of US$800 million and obtained 23.5% of the equity, becoming the second largest shareholder of Ideal Motor.

Ideal Auto was successfully listed on the Nasdaq in July last year, and Wang Xing was rewarded with great returns.

Why do Internet giants lay out to build cars?

"Baidu and Tencent Ali both need to tell new stories. Investors will be willing to buy stocks so that the company can maintain its market value. The electric vehicle industry has a broad future and imagination, and is sought after by capital."

There is Tesla before, and Apple "iCar" on the road behind. The battle in the field of electric vehicles may intensify.