"Provides a person with ready-made solutions": how are developing weapons with artificial intelligence in Russia

Russian Defense Minister Sergei Shoigu announced the need to introduce artificial intelligence (AI) technologies into Russian weapons. We are talking about weapons that determine the future appearance of the army. Earlier, the importance of such technologies in the defense field was stated by the head of state Vladimir Putin. According to experts, there is no talk of complete automation of the combat process - the main decisions will still be made not by the machine, but by the operator. This approach differs from the ideas of creating fully autonomous weapons popular in the United States. In general, the use of AI helps to significantly increase the efficiency of the army, experts say. 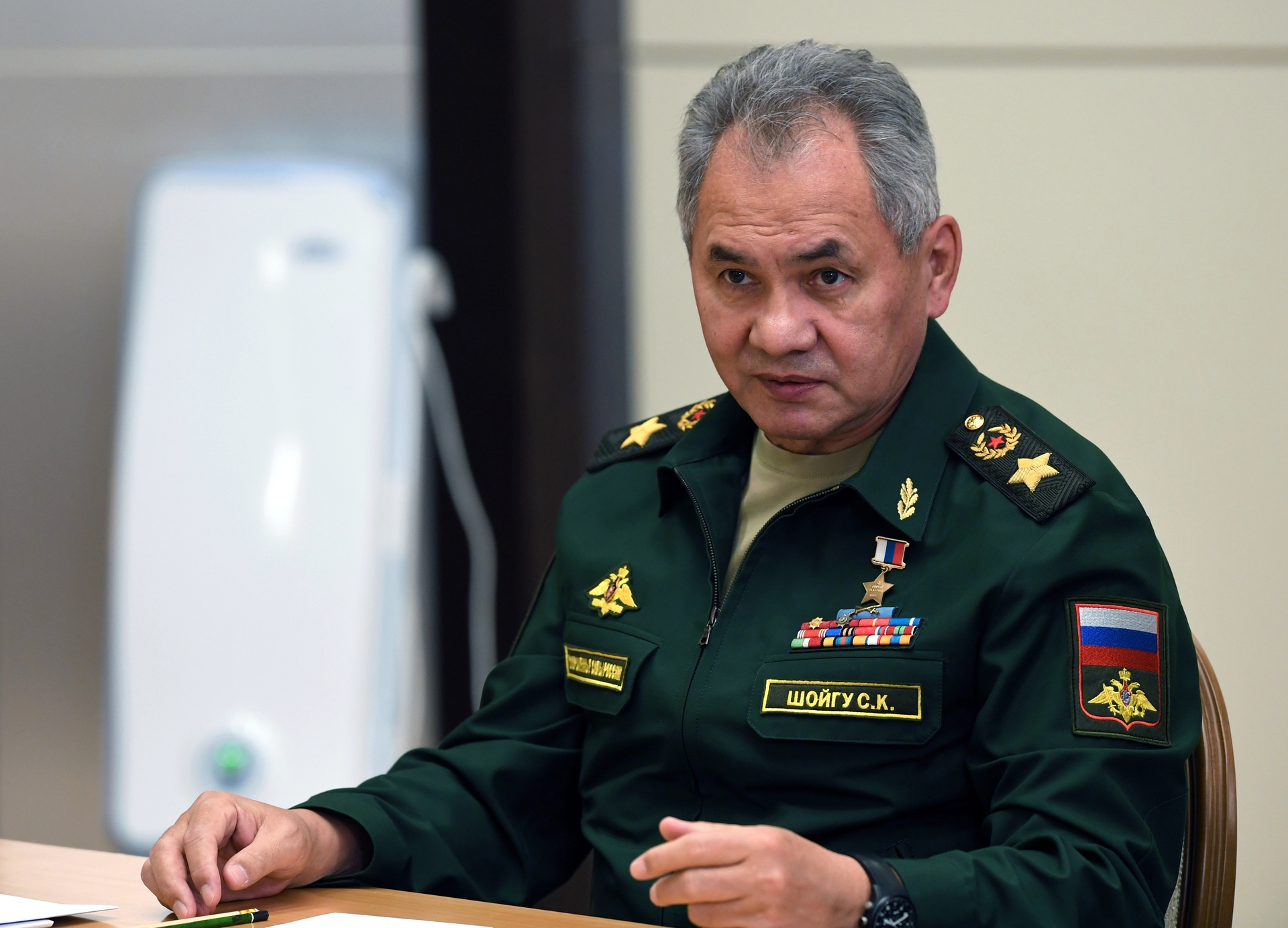 This was announced by the head of the Russian Ministry of Defense Sergei Shoigu, speaking at an operational mobilization meeting with the leadership of the RF Armed Forces.

“Last year we fulfilled the order of the Supreme Commander-in-Chief given in the May 2012 decree: the share of modern weapons and military equipment in the troops was 70.1%.

Now it is necessary to ensure the introduction of artificial intelligence technologies into weapons that determine the future appearance of the armed forces, ”the Minister of Defense said.

According to Shoigu, robotic systems, UAVs and automated control systems are increasingly used in combat training.

Russian President Vladimir Putin also spoke about the use of artificial intelligence technologies for defense purposes in December 2020.

Speaking at an expanded meeting of the collegium of the Ministry of Defense, the head of state noted that in the course of combat training "one should more actively master," test "weapons and equipment with elements of artificial intelligence."

"Such weapons significantly increase the potential of units and formations, and not only today, but in the near future will largely determine the outcome of the battle," Putin added then.

The last word for man

Work on the creation of such types of weapons has been going on for a long time.

So, in February 2019 it became known that the enterprises of the state corporation "Rostec" created prototypes of weapons with artificial intelligence.

As the company said then, we are talking about robotic systems that are already undergoing trial operation.

Such developments are at Kalashnikov, NPO High-Precision Complexes, Tekhmash and other enterprises of Rostec.

As told then in "Rostec", the new weapon, in particular, is able to independently make a decision to undermine the target.

At the same time, much still depends on the person - the operator.

By transferring the complex to fully automatic mode, the operator must be 100% sure of the correctness of the target.

As the director of the cluster of conventional weapons, ammunition and special chemistry of Rostec (then this post was held by Sergei Abramov. -

, such solutions have long been used in multiple launch rocket systems manufactured by Techmash.

“But artificial intelligence is not just a replacement of a person with a machine, it is an opportunity to provide greater controllability,” Abramov added.

In December 2020, it became known about the development of a new software and analytical complex for smart ammunition.

It was created by the Novosibirsk Scientific Research Institute of Electronic Devices (NIIEP JSC).

“Ammunition of a new generation with the function of artificial intelligence is the most effective means of destruction in modern combat conditions,” said Bekkhan Ozdoev, industrial director of Rostec State Corporation, commenting on the development.

The main feature of the complex is a new electronic protection system, which makes it possible to protect the ammunition from the effects of active interference with varying intensity and to nullify the effectiveness of the enemy's electronic warfare systems against it.

“These technologies are used to

Move a person as far as possible from the front line of the front in order to save the life of the military while the machines are at war.

This is what the stake is being made on today, ”the expert noted.

According to Litovkin, the network-centric combat system involves the use of artificial intelligence.

Let us recall that the network-centric concept implies the integration of all branches of the armed forces in the theater of operations through a single information channel.

“Artificial intelligence in this system is a program that processes information and offers a person a solution.

AI itself does not decide, the last word rests with a person, ”said Viktor Litovkin.

A similar point of view is shared by military expert Alexei Leonkov.

“Artificial intelligence in the Russian sense works within the framework of automated weapons control systems.

Control is carried out by the headquarters.

Russia has such a system - ESU TK, as well as a number of weapons that are included in such a single system.

Therefore, in Russia, weapons with AI are not autonomous, a person still takes part, "the expert noted in a commentary on RT.

Interest in the use of artificial intelligence technologies in the defense sector is growing in other countries as well.

At the same time, there are concerns in society about the possible risks of using such technologies.

According to experts, these fears are caused by the desire of part of the US command to obtain fully autonomous weapons that will operate without the participation of an operator.

A coalition of nongovernmental organizations insists on a ban on weapons of this type.

They demand that countries sign a treaty banning killer robots.

In January 2021, the US National Security and Artificial Intelligence Commission concluded that US authorities should not prohibit the use or development of autonomous weapons capable of operating without human intervention.

This conclusion was made following a two-day public discussion.

The commission will present its final report to the US Congress in March.

According to the vice-chairman of the commission, Robert Work, a former deputy secretary of defense, autonomous weapons are expected to make fewer mistakes during combat than humans, which will lead to fewer casualties or collisions due to misidentification of targets.

“At least it's a moral imperative to explore such a hypothesis,” he said.

At the same time, the US leadership fears the growth of opportunities in the field of artificial intelligence from other powers.

Thus, a significant part of the Pentagon's report on Military and Security Developments Relevant to the People's Republic of China, released in October 2020, was devoted specifically to the topic of AI.

“China sees AI as key to its future military and industrial strength.

To gain benefits in the areas of national security and economics, China is making strategic investments in AI around the world, ”the document says.

It should be noted that Washington is making serious efforts to create smart weapons.

This was stated in the report of the special commission of the Congress "Task force" Future of Defense Task Force "(FDTF). The document was published in October 2020.

“To integrate and accelerate the adoption of AI, the US Department of Defense has created the Joint Center for Artificial Intelligence, which, in addition to the tasks of synchronizing and scaling AI in the US Department of Defense, works with academia and industry to develop strategy, plan and execute tasks in the field of AI.” said in the document.

As Alexei Leonkov noted, now in the United States, special programs have been developed to introduce AI into the defense sector.

“But there are difficulties, since part of the army elite in the United States believes that such weapons can completely replace a person.

There is an idea that such a technique will be able to independently assess the situation, identify the most dangerous objects and hit them without human intervention.

This is a wrong strategy, ”Leonkov said.

The expert cited the example of the Syrian campaign, where the United States actively used UAVs, and the Russian Aerospace Forces - manned aircraft.

The effectiveness of this approach has been proven on the battlefield, ”the expert noted.

Earlier, the Russian unmanned combat vehicles "Vikhr" and "Uran-9" became a matter of concern for the American authorities.

The Uran-9 complex is designed for reconnaissance, support of the military on the battlefield and solving problems in conditions of increased danger to their lives.

The Vikhr reconnaissance and strike complex is also designed to reduce losses among personnel and perform special missions.

In addition, robotic platforms "Companion" and "Nakhlebnik" are produced in Russia.

At the same time, these systems cannot be called completely autonomous, they are remotely controlled by a person.

As Viktor Litovkin noted, the latest Russian T-14 Armata tank and remotely controlled drones can be classified as weapons with artificial intelligence technology.

“Russia also has reconnaissance and strike systems that provide intelligence with information about finding the enemy using satellites, UAVs, radar and other systems.

And by means of computational algorithms, decisions on striking are made in a matter of seconds.

Artificial intelligence provides a person with ready-made solutions based on the collected information, ”concluded the expert.