When Real Madrid hosts Getafe tomorrow, Tuesday, in the Spanish League, Zinedine Zidane, the "royal" coach, will be forced to rely again on the young elements in light of the injury crisis that the team suffers from. 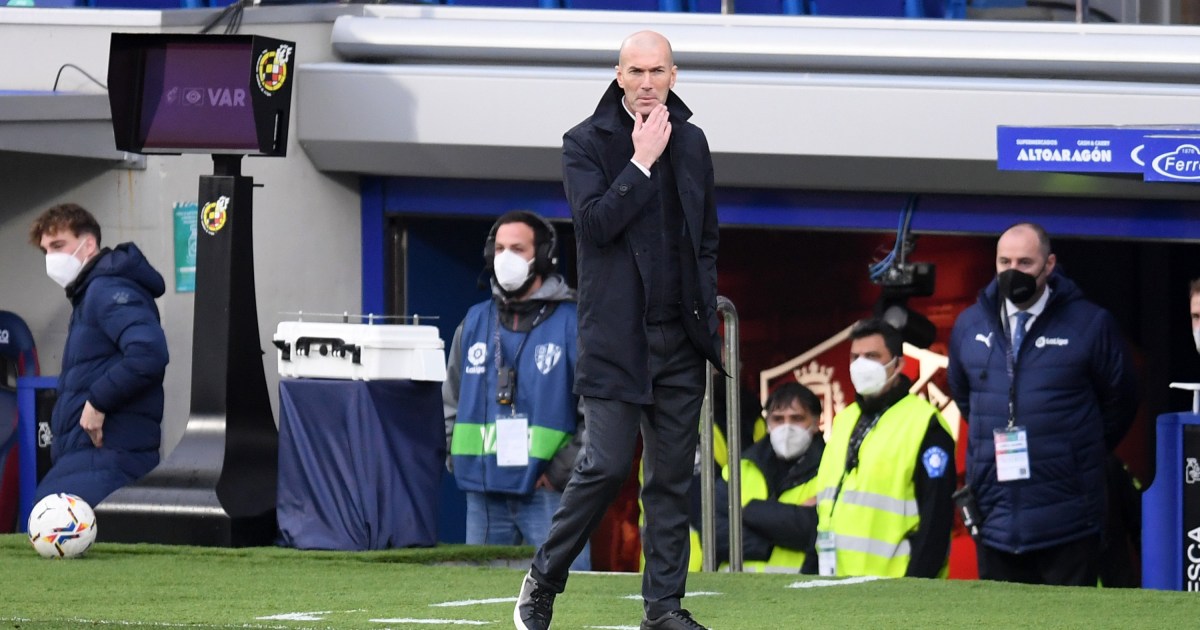 When Real Madrid hosts Getafe tomorrow, Tuesday, in the postponed match between the two teams from the first stage of the Spanish Football League, Zinedine Zidane, Real's coach, will have to rely again on the young elements in light of the injury crisis suffered by the team.

The injury crisis worsened with the announcement today that Alvaro Odriozola and Idir Militao suffer from muscle problems.

And the "royal" already misses the efforts of Eden Hazard, Rodrigo Goss, Federico Valverde, Danny Carvajal, Lucas Vasquez, Sergio Ramos and Isco due to injuries, as well as Tony Crosse due to suspension.

Zidane hopes Vasquez, Carvajal and Isco recover in time, but after Martin Odegaard and Luca Jovic were allowed to leave with two loan contracts until the end of the season, the French coach became forced to rely heavily on young, inexperienced elements.

The center-back player Victor Chost (20 years), captain of the second team of the Royal Club, participated with the first team in the King's Cup, and his participation is likely to be repeated, even if from the bench, in the absence of Ramos.

Chost had led the youth team to crown the European League, and some see him as a possible successor to Ramos in the long term in the royal club as well as in the national team.

Zidane also pushed Marvin Park in the final minutes of the match, which ended with a 2-1 victory over Huesca yesterday.

Park, 19, almost scored his first participation as a substitute for the team’s first game of the season, but Zidane did not pay him in any match until Real Madrid recently hit the injury crisis.

The coach is also expected to push 3 other youngsters into training today, namely Miguel Gutierrez, Antonio Blanco and Sergio Aribas.

(Left back) Gutierrez was the top scorer for the second team in the UEFA Youth League last season, a great achievement for those who play in this position.

The 20-year-old midfielder has already scored more than with Spain's U-17 and 19-year-olds.

Aribas participated in Real Madrid's match against Levante, and he also starred in the second team's journey towards the European Youth League title.

Despite the presence of these promising names and their brilliance, Zidane might not have relied on them in the first team if things went normally and the team had not been exposed to the injury crisis.

The long list of injuries in the squad affected Zidane, and the coach appeared unusually sharp during Friday night's press conference to talk about the Huesca match.

"This year we have the right to compete for the league. Let's let the team that won the league last season, compete for it now," Zidane told reporters, who commented on his defensive tone.

"We won the league last season, not ten years ago! It was last year. So we just need some respect," the coach raised his voice.

In the match against Huesca, Real Madrid's players seemed to respond to what some saw as Zidane's battle cry.

The players presented a strong show and a high competitive spirit against Huesca, and the "royal" was able to reduce the difference with leaders Atlético Madrid to 7 points, before the Atletico match scheduled today against Celta Vigo at the end of the 22nd stage of the League.