Berlin could pave the way for more expensive stamps

Who still sends letters today? In fact, the volume of letters is falling continuously in the digital age. But many people still pick up pens to write a letter. A preliminary decision on the next postage increase will soon be made in the Bundestag. 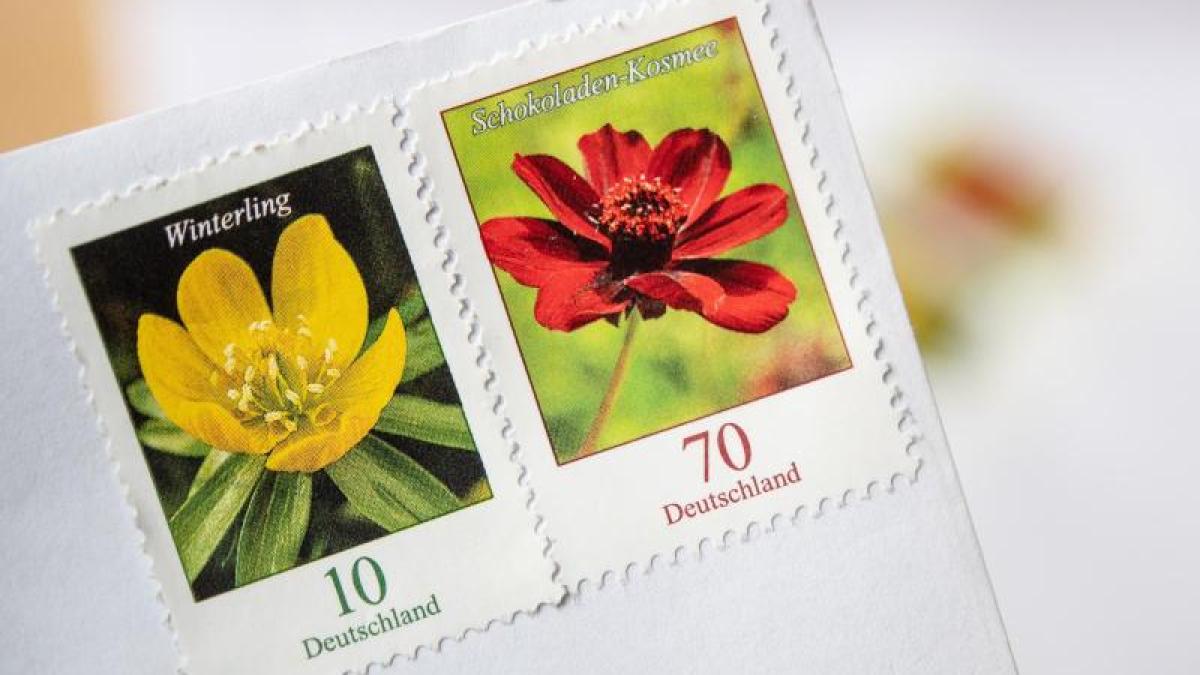 Bonn (dpa) - The stamps are like the rolls at the bakery: They get more and more expensive over the years.

The federal government is setting the course for this in the coming weeks: the coalition has proposed a change in the law, according to which the former state monopoly is likely to increase postage significantly this time too.

This Monday there will be a hearing in the Bundestag in which critics will show deep lines of concern.

Deutsche Post DHL has to get postage increases approved because it is a regulated market.

In contrast to its small competitors Pin and Postcon, the industry giant has extensive obligations: its postmen have to deliver items to every household in Germany, even in remote regions - be it in the Alps or the North Sea.

So that the mail business does not burn money for the listed group, the Federal Network Agency, which is subordinate to the Federal Ministry of Economics, has given the Post scope for its postage increases.

The “profit surcharge” granted is such that the mail business is lucrative despite shrinking volumes.

What sounds technical is a hot potato.

In 2015 and 2019, the federal government changed an ordinance, which increased the scope for increasing postage in each case - for the Bonn-based group these were, so to speak, cash injections.

The Federal Network Agency had to take two slaps in the face for this in court: in 2020 the Leipzig Federal Administrative Court declared the first increase unlawful, at the beginning of 2021 the Cologne Administrative Court took the same view with regard to the increase in 2019. Your point of criticism: the regulation on the postage increase was only in one Ordinance and not in a law that also has the blessing of the Bundestag and Bundesrat.

The federal government reacted and proposed that the postage increase basis be put into the postal law.

That this is supposed to happen within the framework of an amending law on a completely different topic caused - to put it mildly - astonishment.

Because if the law were not changed, the network agency would have to calculate the postage framework differently than before - and the postage would decrease.

In a statement from Deutsche Post DHL, a different calculation method says that the company “would not have sufficient funds to shape the transformation of postal services as a result of increasing digitization, to advance the digitization of services and to sustainably provide nationwide universal service to be able to invest ».

It goes on to say: "In the medium term, this would jeopardize the high-quality area supply with letter and parcel services in Germany, which is an advantage for the business location in a global comparison."

The SPD member of the Bundestag Falko Mohrs supports the Post.

The changes will ensure that the Post "is now in a position to secure good and well-paid jobs with reasonable income," says the Social Democrat.

«For us, a comprehensive supply of mail and parcels is part of our general interest.

The Corona year also made this clear. "

He stressed that the draft law will create legal certainty.

The reason for the postage increases in past years are the falling letter volumes.

The opposition is critical.

"The state was caught by two courts allowing unlawful postage increases - and now it wants to legalize this retrospectively as if nothing had happened," complains FDP MP Reinhard Houben.

The motto “what doesn't fit is made to fit” is intolerable.

The liberal sees a preference for the Bonn group, in which the state holds about a fifth of the shares.

This preference slows down competition.

The Biek Association, in which parcel service providers such as Hermes, DPD and GLS are organized, complains that Deutsche Post receives unjustifiably high mail income and that the profits can strengthen its parcel division - this in turn is an unfair competitive advantage.

"Like the Post, we are active in the parcel market, but we don't have the same prerequisites," said Biek Chairman Marten Bosselmann.

He calls on the legislature to separate the mail and parcel market - then the Post should not support its parcel division with mail profits.

The Post competitors get support from Jürgen Kühling, the chairman of the Monopolies Commission - he appears on Monday as an expert in the hearing.

The lawyer considers it inappropriate to justify higher postage with increased personnel costs in view of the growing total turnover and the higher profit of the Bonn-based global corporation.

“A need to support the group with excessive postage can hardly be justified with these business figures,” he wrote in a statement.

The Monopolies Commission recommends determining the profit surcharge relevant to the postage increase as it was before 2015 - that would mean that postage would have to be reduced.

No matter how loud the criticism, given the coalition majority, it is certain that the change in the law will be passed.

The Bundestag should vote on Friday.

So it should come at the turn of the year as usual: Postage will be more expensive.