In the video, Juventus defeats Roma and Ronaldo is re-scoring after an absence

Juventus hit several birds with one stone by beating Roma 2-0 in the 21st round of the Italian Football League, where he replaced his opponent in third place and narrowed the gap with leaders Inter and runner-up Milan, and Ronaldo returned to score. 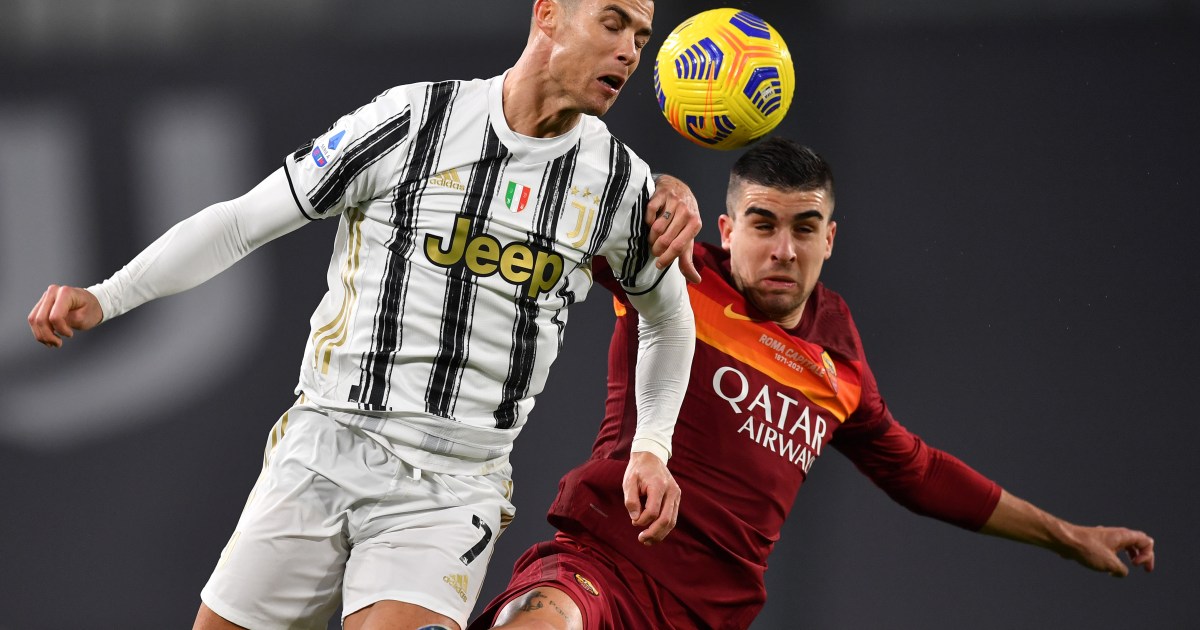 Juventus hit several birds with one stone by beating Roma 2-0 in the 21st round of the Italian Football League, where he replaced his opponent in third place, narrowing the gap with leaders Inter and runner-up Milan, and Juventus star Cristiano Ronaldo re-scored after missing 3 matches.

With this victory, Juventus raised its score to 42 points, to advance to third place instead of Roma, who fell to fourth place by 40 points.

Juventus are 5 points away from leaders Inter Milan, who have played more matches than Juventus, which means that the defending champions have another chance to narrow the gap further.

It also reduced the difference with second-placed Inter to just 4 points;

Which ignites the competition for the top of the Italian league.

Ronaldo scored the first goal for Juventus in the 13th minute, and Brazilian defender Roger Ibanez da Silva added Juventus' second goal by mistake in his own net in the 70th minute.

The Portuguese striker was unable to score in 3 consecutive Italian Football League matches for the first time since August 2019.

It is difficult to consider Ronaldo in a scoring crisis, but the situation is not familiar to the Portuguese star, who has scored two goals in the last 6 games in the league, but he is still the only top scorer in the tournament with 16 goals, two goals behind Inter Milan striker Romelu Lukaku.

The American site "Bleacher Report", which specializes in numbers and sports culture, stated that Ronaldo had reached his goal of 300, since he was 30 years old.