Chile: riots after the death of a street artist, killed by a rifleman

Riots broke out in the small town of Panguipulli in southern Chile this Friday evening, February 5, after the death of a young man, killed by police gunfire. Several public buildings ... 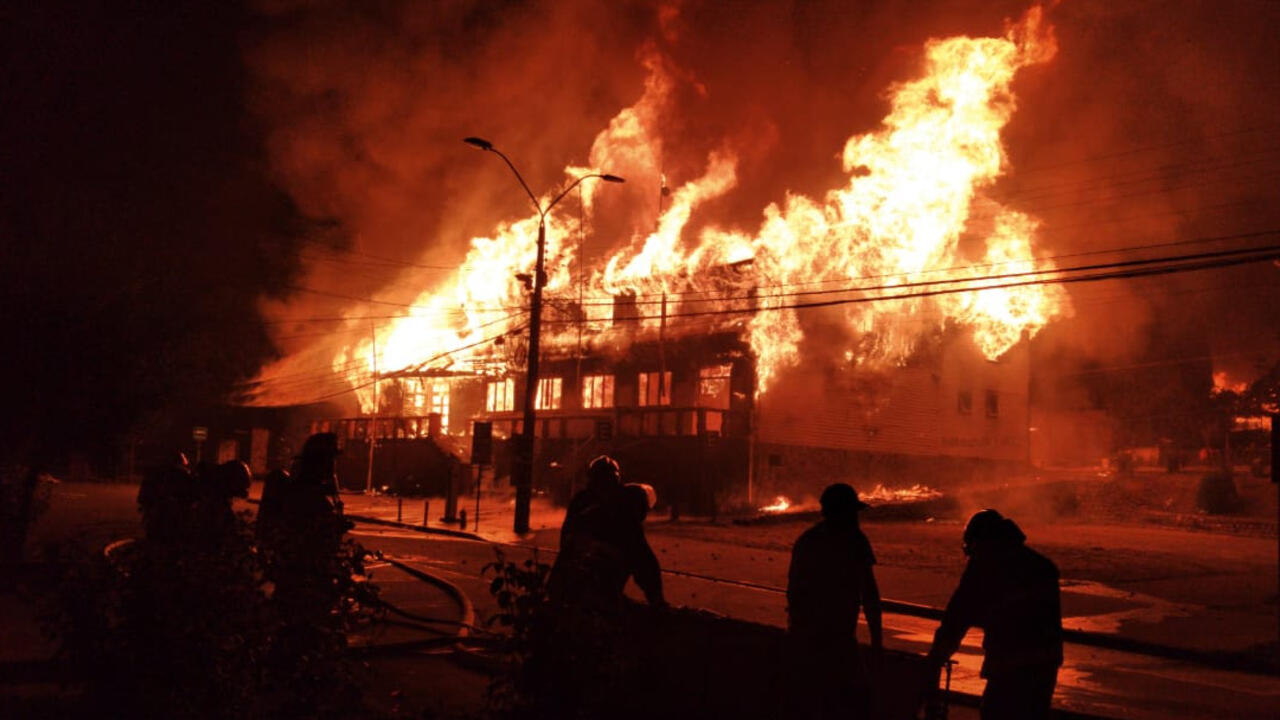 Chile: riots after the death of a street artist, killed by a rifleman

The town hall of Panquipulli on fire after the riots of February 5, 2021 © AFP - ALICIA CACECERES

Riots broke out in the small town of Panguipulli in southern Chile this Friday evening, February 5, after the death of a young man, killed by police gunfire.

Several public buildings were completely or partially set on fire by demonstrators.

The rallies began after a rifleman fired point blank at a street performer during an identity check.

With our correspondent in Chile,

The images toured social networks on Friday afternoon: we see several police officers aiming with their weapon at a young man in the middle of the street and in broad daylight, under the eyes of many passers-by.

The man then abruptly approaches one of the riflemen, who shoots on his feet and then on his chest, at close range.

The young man collapsed to the ground, killed instantly.

", quickly asserts the police, who assures that the man was carrying a bladed weapon.

Several witnesses, they point out that they were circus sabers, whose blades are rounded to avoid the risk of injury.

Very quickly, the inhabitants of this small town in the south of the country (35,000 inhabitants, in the indigenous Mapuche region) began to demonstrate against the police and then attacked the town hall, which burned down completely, as well as the police station and the local court.

The perpetrator has been arrested, and the government has asked the police to provide all the information they have in this case.

The left-wing opposition is indignant at a new case of police violence.

The facts come as the carabinieri have fallen dramatically in the esteem of Chileans in recent years, after corruption scandals but also the brutal repression of the social movement of October 2019, against inequalities in the country.

Chile: heavy sentence for police after the murder of a young Mapuche in 2018

Coronavirus: Chile hopes to have vaccinated 15 million people next July