break the ice! WTO is expected to welcome its first African-American female Director-General

China News Service, February 7th, a comprehensive report, on the 5th, one of the last two candidates for the Director-General of the World Trade Organization (WTO), Yu Mingxi, the representative of South Korea, announced his withdrawal from the selection. The United States, which originally supported Yu Mingxi, subsequently expressed its support for the only candidate. Man, former Nigerian Finan 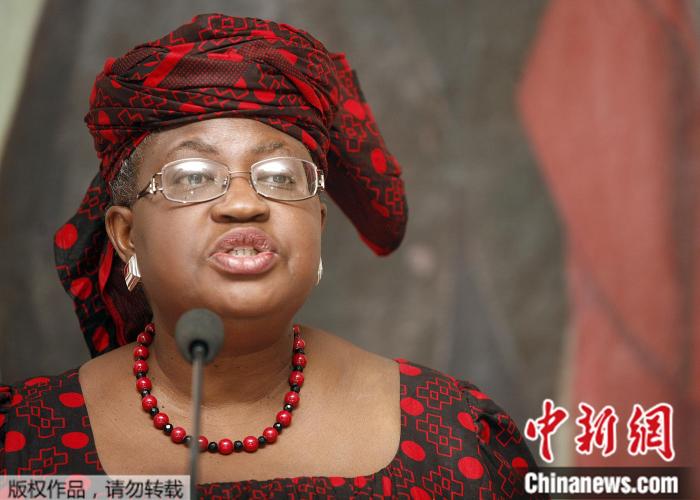 China News Service, February 7th, a comprehensive report, on the 5th, one of the last two candidates for the Director-General of the World Trade Organization (WTO), Yu Mingxi, the representative of South Korea, announced his withdrawal from the selection. The United States, which originally supported Yu Mingxi, subsequently expressed its support for the only candidate. Man, former Nigerian Finance Minister Okonjo-Iweala.

This means that the deadlock of the WTO Director-General's "difficult birth" is about to break, and it is expected that the first African-American female Director-General will be ushered in in the short term.

Data map: Ngozi Okonjo-Ibeala, candidate for the Director-General of the World Trade Organization.

[After the vacancy exceeds 5 months, the WTO will welcome a new Director-General]

Azevedo, the sixth director-general of the WTO, resigned on August 31, 2020, ending his term a year earlier.

After two rounds of consultations between the eight candidates for the director-general, only Nigerian candidate Ngozi Okonjo-Iweala and South Korean candidate Yu Mingxi were left.

On October 28, the WTO Director-General selected the "three-person team" and announced that Ngozi Oconjo-Iweala was the only candidate recommended by the new Director-General.

The United States said it would not support it, saying it would continue to support South Korean candidate Yu Myung Hee in the election.

According to WTO regulations, all 164 member states need to reach a consensus before a candidate can be elected. As a result, the candidate for WTO director-general is "difficult to give birth," and the post will be vacant for more than five months.

After U.S. President Biden took office, Washington changed its previous position and was finally able to break the deadlock.

On February 5, 2021, Yu Mingxi stated that she would withdraw from the competition. She said that this decision was made after "close communication" with the United States.

The Office of the United States Trade Representative issued a statement on the same day that the Biden administration "strongly supports" Oconjo Iweala as WTO Director-General, describing her as having extensive knowledge in economics and international diplomacy, and experience in managing large-scale international organizations. , Washington is ready to cooperate with her to implement major reforms in the WTO.

Keith Rockwell, a spokesman for the WTO, said that the next regular meeting of the General Council will not be held until March 1, 2021 at the earliest, but it may also "may temporarily call another meeting." To fill the vacancy as soon as possible.

On the international stage, Iweala has been an economist at the World Bank for a long time. He was promoted to executive vice president at the end of 2007. He is currently the chairman of the board of directors of the International Vaccine Alliance (Gavi), helping to distribute the new crown vaccine worldwide.

In an interview in August 2020, Iveala said that trade will play an important role in the economic recovery after the epidemic.

"WTO needs a new face at this time, a leader capable of implementing reforms and cooperating with member states to ensure that the WTO is out of its current state of partial paralysis." She promised to promote WTO reform and emphasized that the WTO should help the poor. The country plays an important role in obtaining new crown vaccines and drugs.