The Russian vessel Fortuna has started laying pipes for Nord Stream 2 in Danish territorial waters. The pipeline operator Nord Stream 2 AG said the vessel resumed construction after successful sea trials. According to the latest information released to the public, it remains for specialists to lay 148 km of the gas pipeline. Earlier, Austrian Chancellor Sebastian Kurz called Nord Stream 2 a "European project" that meets the interests of many EU countries. 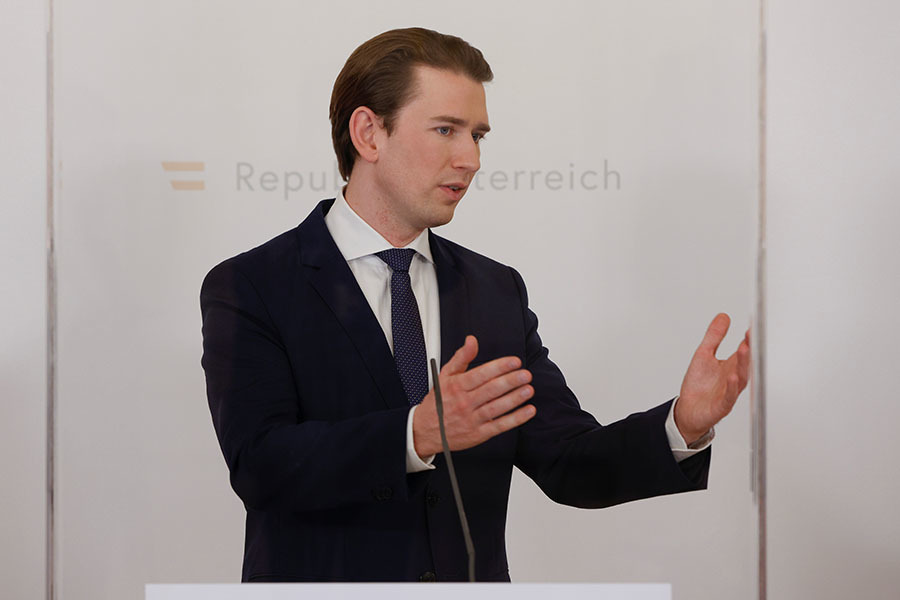 This was announced by the project operator Nord Stream 2 AG.

"The pipe-laying vessel Fortuna, which began work on the resumption of the construction of the Nord Stream 2 gas pipeline on January 24, has successfully carried out sea trials and today began pipe-laying in Danish waters," TASS quotes the text of the message.

In December 2020, Fortuna completed the construction of a small section of the gas pipeline located in the exclusive economic zone of Germany.

According to the latest released information, to complete the project, it remained to lay another 148 km of the highway (120 of them - in the waters of Denmark).

Earlier, Federal Chancellor of Austria Sebastian Kurz supported the position of the German authorities on Nord Stream 2, calling the pipeline under construction a "European project" that meets the interests of many EU countries.

The politician expressed this position in an interview with the Welt am Sonntag newspaper.

“I welcome the fact that the German government continues to adhere to Nord Stream 2,” said Kurz.

At the same time, he called the erroneous position that the project would allegedly meet only the interests of Russia.

According to the chancellor, Germany, Austria and some other European countries will gain much more from the construction of Nord Stream 2.

Kurz called the construction of the gas pipeline "a very positive project" and urged not to link its fate with the situation around Alexei Navalny.

“We need to make sure that the EU does not weaken itself if we now oppose Nord Stream 2,” the politician stressed.

Recall that in early February, the Moscow City Court decided to replace Navalny's suspended sentence in the Yves Rocher Vostok case with a real one for repeated violation of obligations during the probationary period.

After that, some American and European politicians called to prevent the construction of the gas pipeline and introduce new sanctions against Moscow.

However, a number of influential politicians have expressed support for the project.

Thus, German Chancellor Angela Merkel, following talks with French President Emmanuel Macron, said that she did not want to link Navalny's case with the dispute over Nord Stream 2, although she had nothing against anti-Russian sanctions.

At the same time, she noted that she did not consider the differences between Western countries on the issue of building the gas pipeline very significant.

The Chancellor added that certain mechanisms have been developed in the EU, in particular the Third Energy Project, "so as not to be in one-sided dependence."

Merkel stressed that she considers extraterritorial sanctions "not the best way" to resolve the situation.

“I've always said that, so maybe the differences are not as serious as they seem.

But this is a controversial project that will be discussed in Europe, it is obvious, ”said the chancellor, expressing confidence that a common solution will be found.

In turn, Macron expressed the opinion that it is necessary to conclude certain agreements between Berlin and Paris on Nord Stream 2: “I think that on this project, which is almost completed, nothing can be announced without close German-French coordination.”

Earlier, Vice-Chancellor and Minister of Finance of the Federal Republic of Germany Olaf Scholz answered in the affirmative when asked about the prospects for completing the gas pipeline.

Speaking about the activity of the opponents of the project, he admitted that there are certain difficulties.

However, according to him, the European states have explained in detail that this is their issue and that "they do not want others to intervene."

"The confidence that everything will be fine is only getting stronger"

Commenting on the statements of the Austrian Chancellor, First Deputy Chairman of the State Duma Committee on International Affairs Dmitry Novikov expressed the opinion that Kurz outlined an objectively existing reality

"The launch itself meant that the project was well calculated, that it enjoys the support of certain forces and these forces have enough influence to bring the work on creating the pipeline to the final stage," said the interlocutor of RT.

But the United States, for which it is essential to keep Europe in the orbit of its policy, will persistently torpedo this gas pipeline.

Moreover, in addition to a political task, they are solving a very important economic task for themselves, ”added Novikov.

According to him, the struggle around Nord Stream 2 will continue after its construction is completed.

In turn, the director of the Energy Development Fund Sergey Pikin, in a conversation with RT, stated that the Europeans retain their support for the project.

“So far, I don't see any significant problems around Nord Stream 2.

The confidence that everything will be fine only intensifies.

So far, in the current rhetoric - both in what is being discussed in Europe and in what the Europeans are discussing with the United States - everything is not so bad, ”the expert believes.