Trip to Berlin: Leipzig dreams of the next final

For the second time Leipzig is in the quarter-finals of the cup. That brings back memories of the club's biggest game so far, when you were closer than ever to a major title. 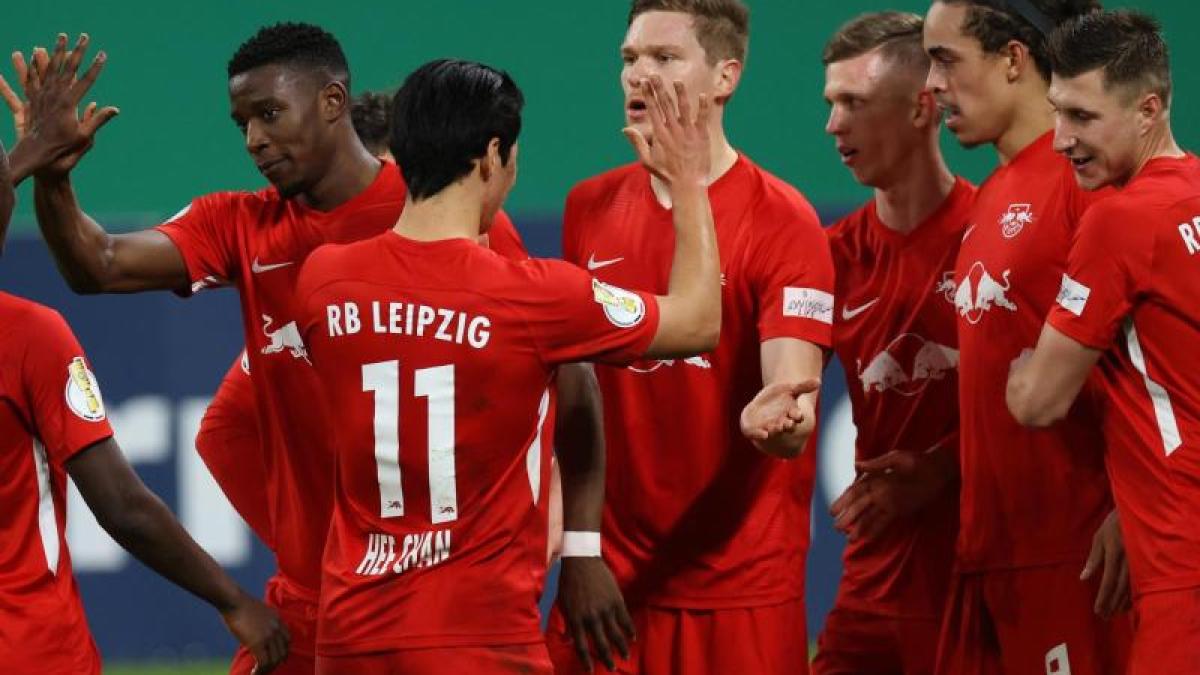 Leipzig (dpa) - Before returning to everyday life in the league against Schalke 04, the professionals from RB Leipzig took time for a little cup dream.

“The cup final in Berlin was the coolest game of my career so far.

That is of course motivating, even if this year there will probably not be 70,000 spectators, ”said Yussuf Poulsen.

The Danish international scored twice in the 4-0 win against VfL Bochum and, after a long period of drought, played a major role in making the second quarter-finals after 2019. In the competition, Dortmund and Mönchengladbach are only two really strong opponents.

Bayern, who dominated and defeated RB in the final two years ago, have long since left the cup.

However, it will not be a sure-fire success, as the end of Leverkusen at fourth division Essen showed.

"These results were a little warning for us," said coach Julian Nagelsmann.

“Such things just happen because the opponent always has an idea.

Lower-class opponents have nothing to lose and as a favorite you can quickly look bad in these games. "

On Sunday evening, circumnavigator Boris Herrmann will draw the quarter-finals, which will take place on 2/3.

In Kiel, Regensburg and Essen there are still three lower class clubs in the competition.

However, it is only clear from the regional division Essen that he definitely has home rights.

The 33-year-old has often emphasized that he doesn't care much about things that he cannot influence.

In the cup game, the coach had given some players from the second row a probation chance.

Poulsen took advantage of this, and Hee-chan Hwang also ensured a lot of movement in attack after being substituted on.

“As a coach, I'll have to be patient.

He will have to take small steps, »said Nagelsmann about the South Korean international.

The 18-year-old played the remarkable pass to Christopher Nkunku shortly before half-time, who was fouled shortly afterwards.

But otherwise the great talent owed a lot, was often mentally not on the same level with the second-rate opponent.

Nagelsmann emphasized that the midfielder's training performance was better.

Now Samardzic has to improve.

He will certainly not be allowed to show it at Schalke.

There Dani Olmo should be back in the starting line-up as well as defensive boss Dayot Upamecano, who was spared against Bochum.

Whether Yussuf Poulsen will then be preferred to Alexander Sörloth is completely open.

"Lately I haven't got as much playing time as I would like," said the striker.

"I'll take all the playing time I can get."