The Swedish Hunters' Association on wolf territories in Skåne: "Game will increase explosively"

The hunters' association in Skåne does not believe that the wolves that have been seen in Skåne recently should be allowed to remain. - A territory in Skåne would mean big problems and a drastically increased game population, says Lars Persson, chairman of the Hunters' Association Skåne. 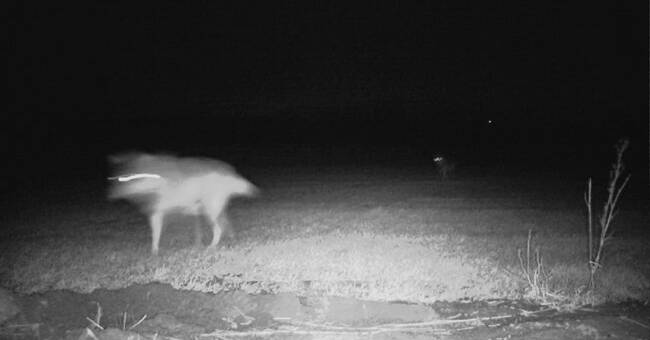 - If the wolf establishes itself in Skåne, it will no longer be possible to conduct stray dog ​​hunting.

And that will mean that the ungulate population will increase dramatically, says Lars Persson.

Sees the dog as a competitor

According to the Swedish Hunters' Association, hunting with stray dogs is the most effective when hunting moose, deer and wild boar, for example.

According to the Swedish Hunters' Association, the wolf sees the dog as its competitor.

- In some places in the country where the wolf is established, they have simply stopped hunting wild dogs, which has increased the game population, says Lars Persson.

David Börjesson, wildlife management officer at the County Administrative Board in Skåne, agrees that the wolf can cause problems for hunting dogs.

- It was seen in central Sweden that the elk population increased slightly because the hunters became worried about letting go of their dogs when the wolf had established itself, says David Börjesson.

Over time, however, the wild dog hunt has started again or you hunt in other ways.

- The hunt will not end in Skåne due to the wolf, but may change, at least for a start, says David Börjesson.

Worries about a territory

The hunters' association is most concerned that the wolves will form a territory if it turns out to be a male and a female.

- If they form a territory, they will start hunting in flocks and then they can become very dangerous.

Even for larger domestic animals.

A lone wolf does not attack a horse, for example, but a pack of wolves can.

The County Administrative Board of Skåne is now investigating what kind of wolves are seen in Skåne.

- We try to find out if it is a territory-making couple and where they are.

So far, we have not been able to confirm the status or where the area's possible spread may be, says David Börjesson.

Regardless of what happens to the wolves that are moving in Skåne right now, there are likely to be wolves in Skåne in the future as well.

Håkan Olsson photographs the tracks while Göran Persson and Håkan Stenberg pick out the ruler to measure the stride length.