The tanker is still being held .. Iran allows the crew of the South Korean ship to leave, except for the captain

Iran announced that it had allowed the crew of the South Korean oil tanker that it seized early last January to leave its territory, in a "humanitarian step." 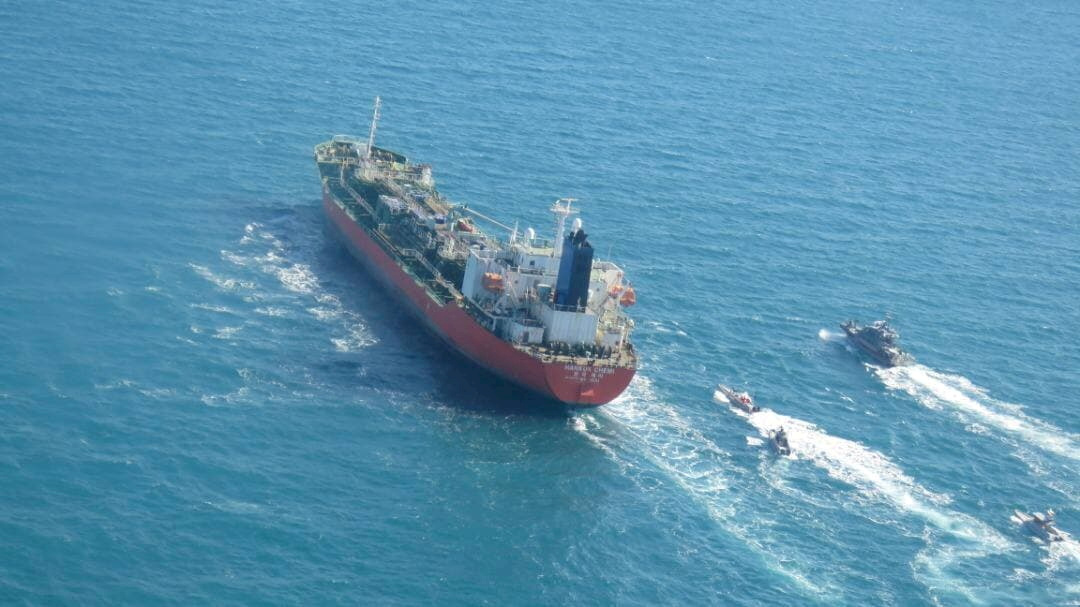 Iran announced that it had allowed the crew of the South Korean oil tanker it seized early last January to leave its territory, as a "humanitarian step."

The Iranian Revolutionary Guard announced on the fourth of last month that its navy had stopped the tanker "Hancock Chimi" and its twenty crew members;

Because of her violation of "marine environmental laws."

Weeks after the South Korean side demanded the "immediate" release of the tanker and its crew, Iranian Foreign Ministry spokesman Saeed Khatibzadeh announced on Tuesday the decision to allow the crew to leave.

Khatibzadeh said - in a statement - that "the crew of the South Korean ship, which was detained on charges of causing environmental pollution, obtained permission to leave the country in a humanitarian move from the Islamic Republic of Iran," according to the official news agency (IRNA).

He pointed out that this step came after "a request from the South Korean government, and in cooperation with the judicial authority" in the Islamic Republic, without specifying if the crew members had left.

Khatibzadeh clarified that the case of the tanker and its captain is still under review.

For its part, the South Korean Foreign Ministry confirmed that the captain was not one of the individuals who had obtained permission to leave.

In a statement reported by the Korean "Yonhap" agency, she explained that Iranian Deputy Foreign Minister Abbas Araghchi told his South Korean counterpart, Choi Jong-kun, in a call Tuesday that "the Iranian government decided to start releasing all the sailors except the captain."

The agency added that the captain would remain in Iran "to take care of the ship," noting that the date to allow the departure of the tanker was not clear yet.

It quoted Choi as welcoming the decision, and the Iranian side urged him to do everything possible to "quickly" release the ship and the captain.

Since the tanker was arrested, Seoul has demanded the immediate release of it and its 20 crew members, who hold South Korean, Indonesian, Vietnamese and Burmese nationalities.

Days after the arrest, Tehran received South Korean Deputy Foreign Minister Choi Jong-kun, on a pre-scheduled visit, but discussed the issue of the ship and the seized assets, which Iran says are worth $ 7 billion.

Iran denied allegations that the detention of the tanker and its crew amounted to hostage taking, and said that it was Seoul that was holding the Iranian assets "hostage."

The freezing of Iranian assets is linked to the US sanctions that Washington re-imposed on Tehran in 2018, after former US President Donald Trump announced the withdrawal of the United States from the Iranian nuclear deal with major countries.