Several municipalities and private contractors receive criticism from Ivo for its corona handling in nursing homes. Among other things, it has been discovered that the deceased with covid-19 were found alone in their rooms at several homes in the country. "We see shortcomings in the responsibility for the elderly in special housing, especially regarding staffing and competence," says Sofia Wallström, CEO of Ivo. 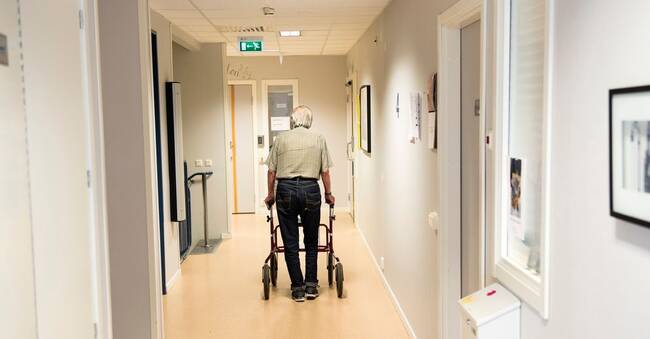 The responsibility for nursing homes is shared.

Retirement homes are run by municipalities, while care for nursing homes is run by regions.

The Swedish Health and Care Inspectorate, Ivo, has previously criticized all of Sweden's regions for inadequate care in nursing homes.

According to Ivo, there are examples of those responsible who have not ensured acceptable staffing and access to medical equipment.

The deceased were found alone in the rooms

A general shortage of nursing staff has led to difficulties in placing a watch on a dying patient, according to the supervisory authority.

At accommodation in Eskilstuna, Katrineholm and Kramfors, it has been discovered that deceased people with covid-19 were found alone in their rooms.

The lack of staff and skills has also led to difficulties in ensuring that patients have received the treatment decided by doctors.

Like the regions, the municipalities are also criticized for lack of record keeping.

“All people have the same right to care based on need, regardless of age and where you live.

The minimum level must not be too low, not even during a pandemic ", says Sofia Wallström, CEO of Ivo, in a press release.

The municipalities must report by 15 March on how to address the shortcomings, while the regions have already responded to their part of the criticism in mid-January.

Ivo then received a "back-cake" and was accused by several regions of drawing too large conclusions based on a far too vague and small basis, especially regarding the authority's conclusions that people in nursing homes did not receive individual medical assessments.

- We are worried that there is concern among residents and relatives.

That you feel worried about the medical treatment you give in nursing homes.

If you are too general, you may create an unjustified concern, said Johan Bratt, chief physician at the Stockholm Region.

TT has sought Ivo who does not want to be interviewed, neither about the authority's review of municipalities nor about the regions' views on Ivo's method.