A Pentagon spokesman for Al-Jazeera: Iran's transformation into a nuclear power will complicate security in the Middle East, and the situation in Yemen is the largest humanitarian disaster in the world

A Pentagon spokesman said that Iran's transformation into a nuclear power would complicate the security of the Middle East, and added - in an exclusive interview with Al-Jazeera - that the withdrawal of the USS Nimitz aircraft carrier came within the framework of the naval rotation process. 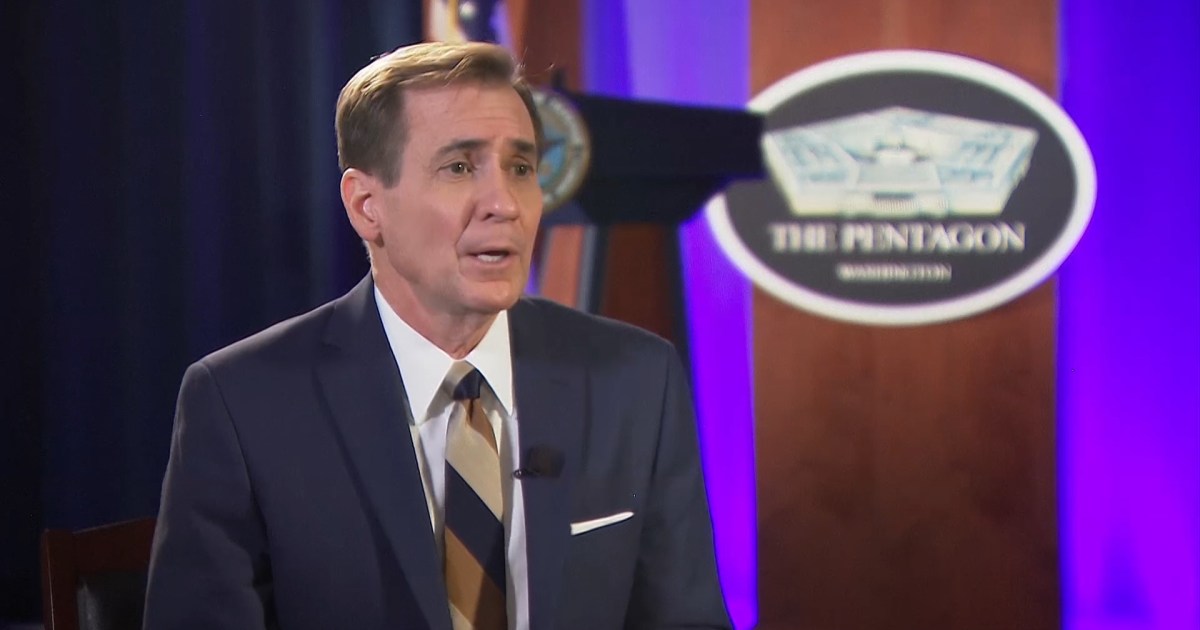 Pentagon spokesman John Kirby said that Iran's transformation into a nuclear power would complicate Middle East security, and added - in an exclusive interview with Al Jazeera - that the withdrawal of the USS Nimitz aircraft carrier comes within the framework of the rotation of parts. Navy.

Kirby stressed that his country is committed to its partners in the region and its security interests, and pointed out that the Pentagon seeks to provide options for US President Joe Biden to defend the interests of the United States, and Washington has a strong presence in the Middle East to deter any conflict in the Middle East.

He stressed that the Central Command chief’s visit to Saudi Arabia is not related to negotiating the establishment of permanent military bases there.

Kirby described the situation in Yemen as the largest humanitarian disaster in the world currently, and we are aware of that.

He said that President Biden wants to "review our contributions in support of Saudi Arabia's offensive operations in Yemen."

He added that when we provide support to our partners, it should be in line with our interests and values.

The Biden administration had recently warned that Iran could, within weeks, produce materials used in the manufacture of a nuclear weapon.

US Secretary of State Anthony Blinken said that Iran is a few weeks away from producing materials used in the manufacture of nuclear weapons if it continues not to abide by the nuclear agreement.

Blinken added - in a press statement last Monday - that the United States is ready to return to the nuclear agreement if Iran returns to abide by it, indicating that Iran must release the American detainees, regardless of any agreement with it.