Donald Trump rarely had a good word for new immigrants and asylum seekers. Rather, he relied on building a border wall and increasingly strict rules. Joe Biden does the U-turn here too. He wants to fill the history of the immigration country USA with new life. 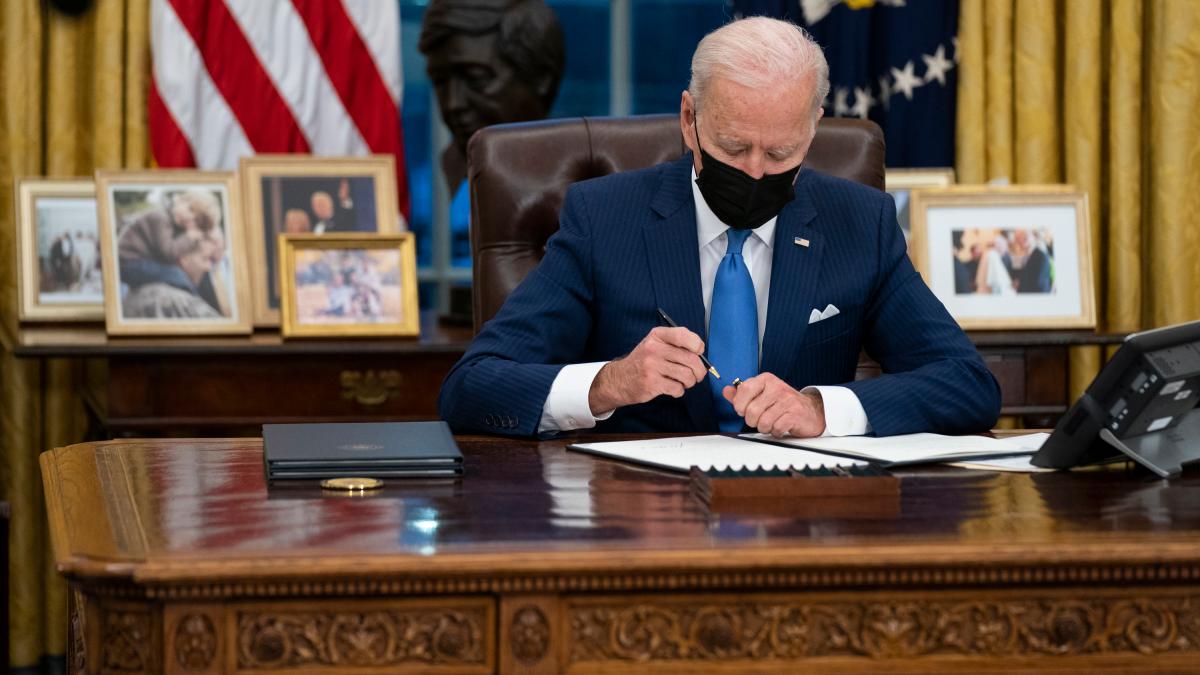 The new President Joe Biden has driven the change of course in US migration policy further and has given his predecessor a devastating testimony.

These were at odds with the character and security of the United States, Biden said in the White House.

With an order, Biden wants to reunite migrant families who were separated by US authorities on the border with Mexico during Trump's tenure.

The procedure was part of Trump's “zero tolerance policy”, which was intended to deter immigrants.

The practice of separating children from their parents caused international outrage.

Biden now described the procedure as the "moral disgrace of the previous government".

The New York Times reported in October that more than 500 children were still separated from their untraceable parents.

A working group should now make suggestions on how the families can be brought together.

A further ruling is intended to review and, if necessary, reverse the regulations of the previous government with which the US border with Mexico was de facto closed to asylum seekers.

In the long term, the Biden government wanted to tackle migration from Central America more by combating the causes of flight and "humane" regulations.

Currently, the border with Mexico is largely closed anyway because of the pandemic.

Other regulations that have created hurdles for legal migration are now being scrutinized, the government said.

In future, efforts to integrate immigrants will be coordinated centrally from the White House.

Trump had taken a tough course in migration policy and tried in various ways to seal off the country.

The construction of a wall on the border with Mexico was the most prominent example.

In addition, there were countless tightening of regulations to keep asylum seekers and immigrants away.

"The previous administration issued hundreds of policies that run counter to our history and undermine America's character as a land of opportunity, open to all and welcoming all who come here in search of protection and opportunity," the White House said .

Biden believes that immigrants are particularly important to the nature of the nation and the future of the country.

The new president initiated a change of course in migration policy on the first day of office.

Immediately after being sworn in on January 20, he lifted the entry ban imposed by Trump on people from several predominantly Muslim countries.

He also sent a bill to the US Congress that would allow people living in the US without a permit to get a residency permit - and in the long run, American citizenship.

Biden also took the first steps to secure a program to protect around 700,000 young migrants from deportation.

Trump's administration tried to end the program but failed due to opposition from the Supreme Court.