Focus on personnel changes at the provincial and two sessions: Nearly 20 provincial “top leaders” take up their new posts

Chinanews client, Beijing, February 2 (Reporter Kan Feng) Since the New Year, especially after the opening of the provincial and local two sessions, the personnel adjustments of local officials have entered an intensive period. Recently, nearly 20 provincial “top leaders” have taken up their posts during the two sessions. Data map: Wang Qingxian. Photo by Li Xin Two secretaries of vice-provin 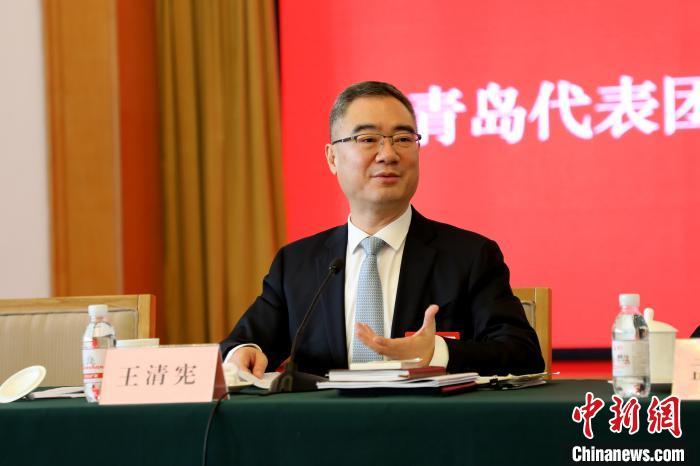 Chinanews client, Beijing, February 2 (Reporter Kan Feng) Since the New Year, especially after the opening of the provincial and local two sessions, the personnel adjustments of local officials have entered an intensive period.

Recently, nearly 20 provincial “top leaders” have taken up their posts during the two sessions.

"I have the opportunity to serve the people of Anhui, and I feel the supreme glory." On the afternoon of February 1, after the closing of the fourth session of the 13th Anhui Provincial People's Congress, Wang Qingxian, who was elected governor of Anhui Province, said in front of the media cameras.

On the fourth day after being transferred from Qingdao to deputy secretary of the Anhui Provincial Party Committee, Wang Qingxian took over as governor.

A journalist, he has more than 20 years of media experience, and his local resume covers Shanxi and Shandong provinces. After two years in charge of vice-provincial cities, Wang Qingxian now performs his duties across provinces again and becomes the “top leader” of the provincial government.

Li Guoying, who previously served as governor of Anhui Province, has now succeeded E Jingping as Party Secretary of the Ministry of Water Resources.

On February 2, there was another personnel news involving the “top leader” of the provincial government.

In December last year, Wang Wentao, who was transferred to the Minister of Commerce, resigned from his post as governor of Heilongjiang Province. Since then, the “top leader” of the provincial government has been vacant.

This time, Wang Qingxian and Hu Changsheng, who took office across the provinces this time, have a lot of similarities in their resumes: in terms of age, they were both born in 1963; in terms of academic qualifications, they both have doctoral titles; in terms of resume, they have entered Before his official career, Wang Qingxian worked in the media for many years, while Hu Changsheng has been working in colleges and universities. In terms of appointments, they all have experience in multiple provinces. Before this transfer, they had been in charge of vice-provincial cities for two years.

In the provinces where the provincial people’s congresses have been held, eight acting governors (chairmen) have made government work reports. They are Han Jun from Jilin, Mao Weiming from Hunan, Lantianli from Guangxi, Feng Fei from Hainan, and Guizhou. Li Bingjun from Yunnan, Wang Yubo from Yunnan, Ren Zhenhe from Gansu, and Huang Qiang from Sichuan.

Among them, the main leaders of the party committees newly appointed last year in the seven provinces of Liaoning, Jilin, Fujian, Hunan, Hainan, Guizhou, and Yunnan have been appointed directors of the standing committees of the local provincial people’s congresses.

Where does the new provincial "top leader" come from?

Since the second half of last year, personnel changes involving provincial “top leaders” have been more intensive.

For example, at this year’s provincial people’s congress, there are currently 7 directors of the Provincial People’s Congress, namely Zhang Guoqing from Liaoning, Jing Junhai from Jilin, Yin Li from Fujian, Xu Dazhe from Hunan, Shen Xiaoming from Hainan, and Guizhou from Guizhou. Chen Yiqin and Ruan Chengfa from Yunnan were both appointed as local provincial party secretaries in the second half of last year.

At this provincial-level two sessions, candidates for the “top leaders” of the provincial government and the CPPCC have more diverse personnel adjustment paths.

Some have previously served in central departments for a long time.

For example, Han Jun, the newly appointed governor of Jilin Province, has always been an expert in the field of agriculture, rural areas and farmers. Before he arrived in Jilin, he had almost worked in the central government and its directly affiliated institutions, except for the short-term job training experience in his youth.

Some have multi-provincial experience and rich local resumes.

For example, the new governor of Gansu Province Ren Zhenhe, after this adjustment, his resume has covered the four provinces of Hubei, Zhejiang, Jiangsu and Gansu. Since February 2017, he has served three times across provinces in four years.

Some new cadres take root in their hometowns and have rich local work experience.

Another example is Huang Chuping, the new chairman of the Hubei Provincial Committee of the Chinese People's Political Consultative Conference, a cadre born and raised in Hubei. He once served in Wuhan, Xianning, and Yichang. Before this time to work in the Chinese People's Political Consultative Conference system, he served as a member of the Standing Committee of the Hubei Provincial Party Committee and Executive Vice Governor.