The poorly housed pay a high price for the health crisis, alerts the Abbé Pierre Foundation

According to the annual report of the Abbé Pierre Foundation, less social housing was allocated in 2020 due to administrative delays caused by the Covid-19 crisis. Faced with deterioration ... 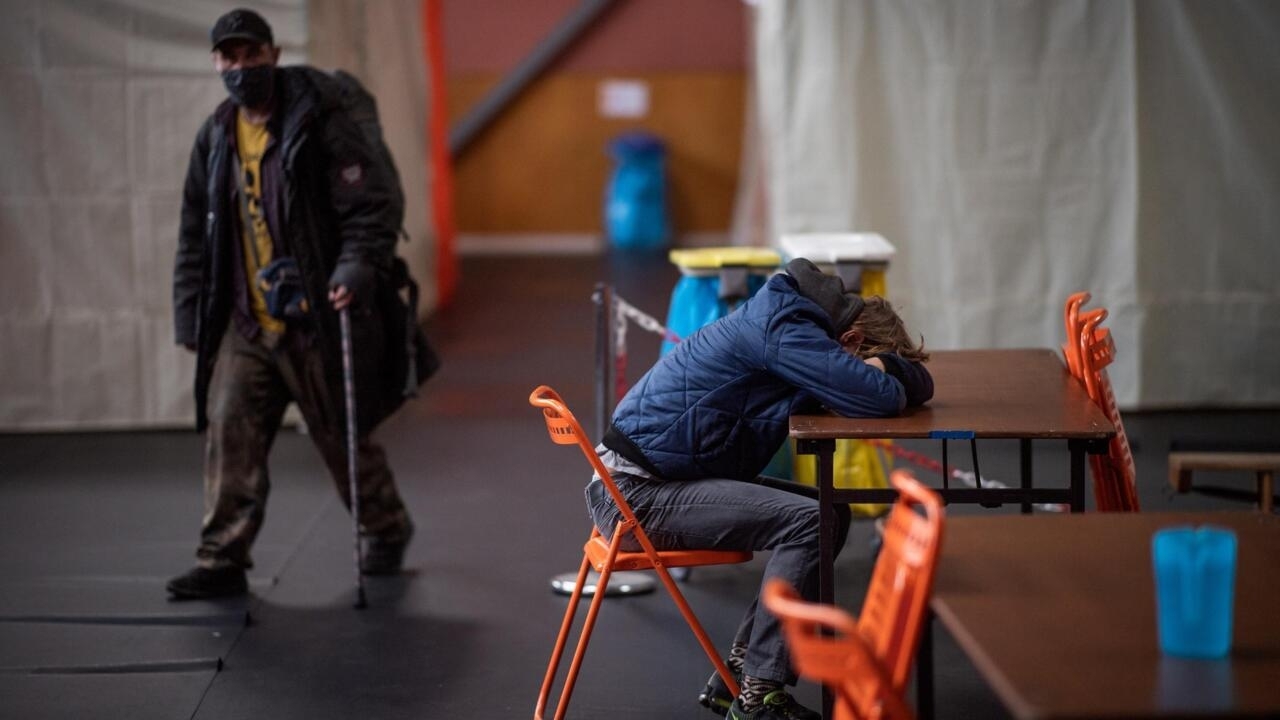 The Abbé Pierre Foundation is concerned about the consequences of the health crisis in France on the poorest households.

"While the employment figures announce an increasing economic precariousness, the real impact of the crisis will only be visible in a few months and its effects will mark the years to come", warns the association in its 2021 report on " the state of poor housing "in France, published Monday, February 1.

The NGO noted an increase in unpaid rent situations for the poorest households in 2020. Among social landlords, 16% of HLM federations report late payments during the health crisis.

And this, while the number of households receiving active solidarity income (RSA) increased by 10% after the spring confinement.

According to an Ipsos survey for the Abbé Pierre Foundation, the financial situation of a third of French people (32%) has deteriorated since the start of the health crisis.

A deterioration that affects people who are already fragile, such as young adults under the age of 25 and recipients of personalized housing assistance (APL).

In addition to the economic crisis, administrative slowdowns have had disastrous effects on the most vulnerable people, worries the Abbé Pierre Foundation.

The consequences of the shutdown of many services during the first weeks of containment in March 2020 are being felt today.

Public services "found themselves overloaded with late files and new requests, imposing long waiting times," noted the association, which deplores the late payment of housing assistance to many families.

"The reduction or termination of social housing allocation commissions has delayed access to social housing for thousands of households," writes the Abbé Pierre Foundation in its report.

For example, in Paris, out of the 3,000 allocations planned for homeless people, only 600 were able to take place during the year.

among the poorly housed

Another concern: while the situation had improved significantly during the confinement of March, the number of the Samu social (115) resumes ringing in the void.

The foundation deplores "the almost total lack of response to new shelter requests".

Every night, many people are left homeless for lack of sufficient emergency accommodation.

In the midst of the pandemic, the report warns about the effect of poor housing on the health of homeless people, "often at high medical risk".

"A significant proportion [of them] suffer from respiratory problems. If they contract Covid-19, they are therefore more likely to develop severe symptoms or to die."

According to figures from Médecins sans frontières, 52% of precarious people hosted in accommodation centers, migrant workers' homes or gymnasiums during the summer of 2020 were affected by the coronavirus, five times more than the average in Île-de-France.

People living in overcrowded housing have also been overexposed to Covid-19.

According to data from the EpiCov survey, cited by the Abbé Pierre Foundation report, 9.2% of them contracted the coronavirus in May, against 4.5% of the general population.

Several other studies have established a link between the rate of housing overcrowding and the Covid-19 death rate, even making it the main determinant of the differences in mortality observed between municipalities.

The end of the dreaded winter break

In this context, the Abbé Pierre Foundation calls on the French government, which it asks to make housing a priority.

"Since 1984, the public effort for housing has never been so low", denounces the NGO, recalling that aid to the sector represents 1.59% of GDP.

To prevent situations of loss of housing, the report suggests expanding access to social minima and deplores "the cuts made in APL for three years".

A framework for rents and the implementation of a universal rental guarantee are among the recommended measures.

For the Foundation, which compares 2021 with feedback from the economic crisis experienced in 2008, it is above all a question of "preventing as early as possible" situations of social exclusion, "by helping households from the outset. difficulties in paying rent for example, without waiting for the spiral of over-indebtedness to create irreversible human situations ".

The association particularly fears the approach of April 1, 2021, the date on which the winter break ends.

"The approximately 13,000 evictions in 2020 that have not been carried out may be, in addition to the usual flow of evictions and the first evictions linked to unpaid bills due to the various confinements".