North Rhine-Westphalia has a dense motorway network. But for truck drivers, finding a parking space for breaks is a big problem. That is why hundreds of additional parking spaces are built every year. But as the pandemic levels off, the problem will only increase again. 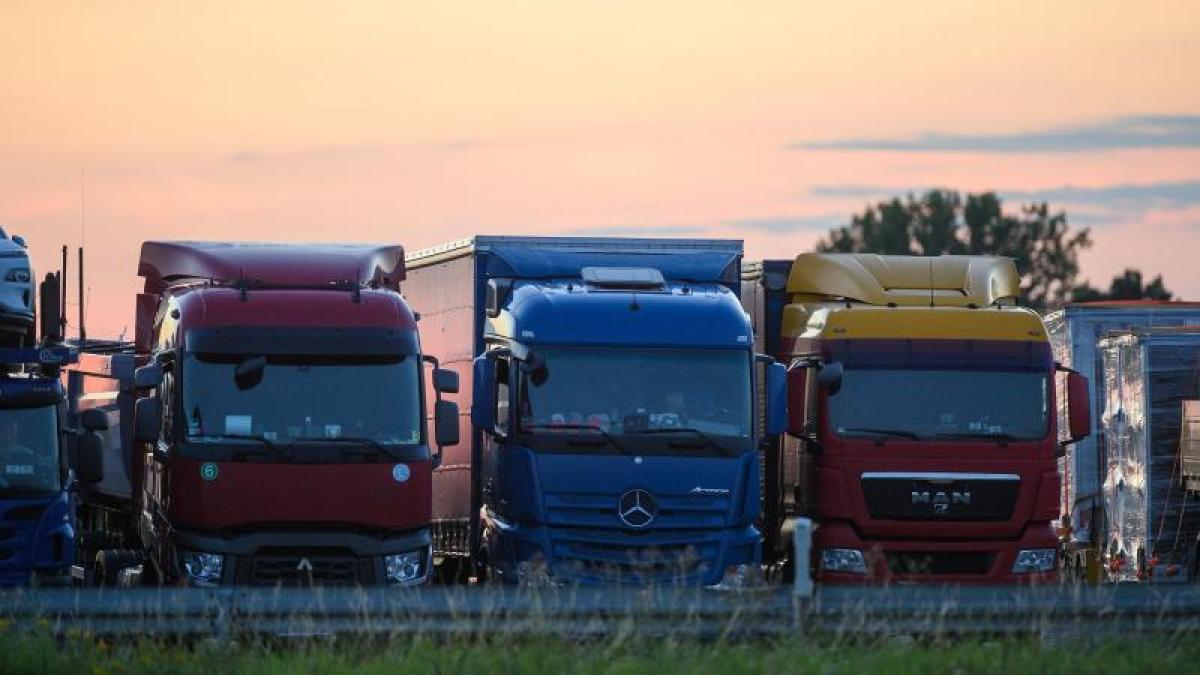 Krefeld (dpa / lnw) - The expansion of parking facilities for truck drivers in the dense and busy motorway network of North Rhine-Westphalia continues.

Last year, 320 new parking spaces were created across the country according to the data from the new federal highway GmbH.

Another 200 are currently under construction.

"By 2030, a further 2600 new truck parking spaces are planned," said a spokesman for the Rhineland branch at the request of the German press agency.

In recent years, the increasing volume of traffic has made it more and more difficult for truck drivers to find a parking space in order to observe the rest periods.

According to the data from Autobahn GmbH, around 2,200 new truck parking spaces were built in NRW between 2013 and 2020.

This means that a total of around 7,500 marked truck parking spaces would be available at the managed and unmanaged rest areas.

In addition, there would be the capacities of the privately operated truck stops.

"It is worth all honors what the federal and state governments are doing," said the deputy chief executive of the North Rhine-Westphalia transport industry and logistics association, Marcus Hover, of the dpa.

Despite all the measures, around 4,000 parking spaces for trucks were still missing in NRW.

A problem with the expansion of the truck parking spaces is for the property developers to find appropriate free space on the motorways.

Other factors such as acceptance among residents played a role.

Due to the effects of the Corona crisis, there is currently less traffic on the road.

If economic growth and with it the volume of traffic pick up again, many drivers would look desperately for a truck parking space again, Hover expects.

Parking in unsafe and unlit places, in places without a toilet or washing facility is then again not uncommon.

According to the Autobahn GmbH, the pilot project with shower containers for truck drivers at a parking lot on the A40 on the Lower Rhine has since gone into regular operation.

The then responsible Landesbetrieb Straßen.NRW had started it last year near Neukirchen-Vluyn.