Denmark's trump card: Goalkeeper Landin hopes for the next coup

Denmark and Sweden are fighting for the crown at the handball world championship. National coach Gislason sees the Danes slightly at an advantage. The goalkeeper position could be a plus. 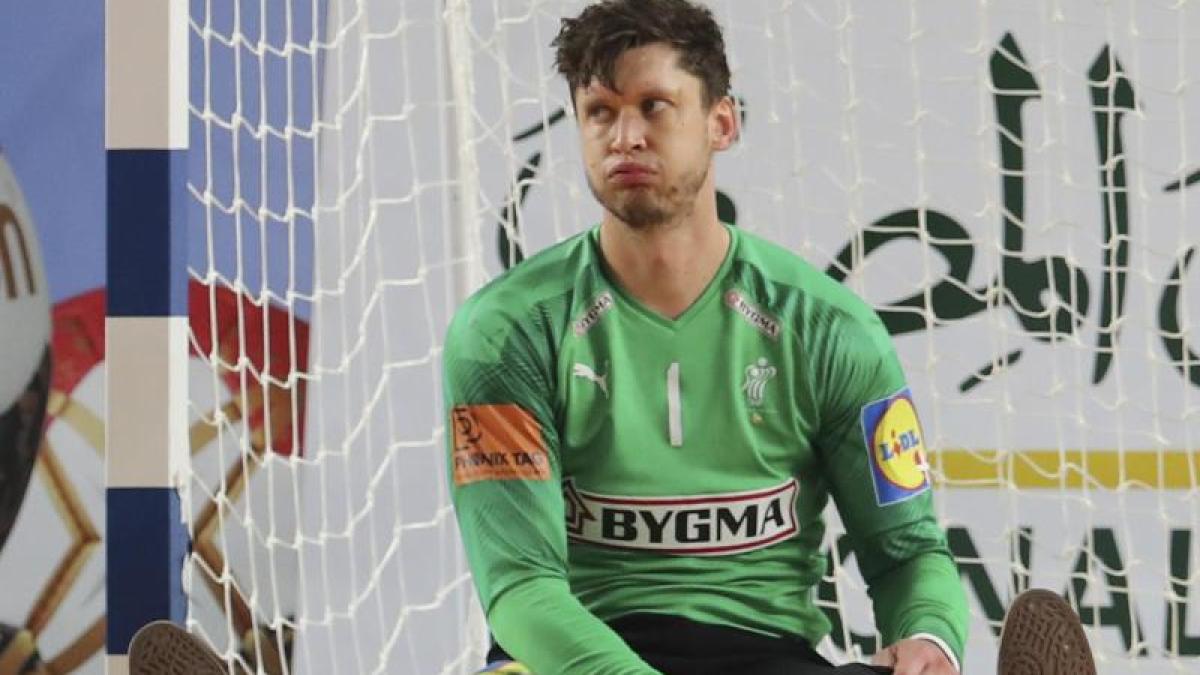 Cairo (dpa) - Niklas Landin celebrated with Denmark's handball players in the dressing room the return to the World Cup final.

But just a few minutes after the semi-final thriller against Spain, the world-class goalkeeper from THW Kiel turned the focus on the Scandinavian gold duel against Sweden.

"Of course I believe in it," said Landin.

For the family man, whose children Pelle (4) and Silje (2) keep their fingers crossed back home, it would be the temporary culmination of his sporting heyday.

Landin is already part of the elite group of only five players worldwide who have won all important titles in their careers: championship, cup and Champions League with Kiel - EM, World Cup and Olympics with Denmark.

Only the legendary French trio Thierry Omeyer, Daniel Narcisse and Nikola Karabatic and his compatriot Lasse Svan succeeded in this.

“Niklas is one of the greatest handball players Denmark has ever had,” Svan recently praised the top goalkeeper.

Also at the finals in Egypt, Landin is the great support of coach Nikolaj Jacobsen's team - especially in the crucial phases.

"Landin is a living wall," stated a Danish radio reporter after beating European champions Spain 35:33 in the semifinals.

The Danes achieved this mainly thanks to Landin, who fought off two balls in the quarter-finals in a dramatic seven-meter throw against Egypt.

The handball-crazy nation is also hoping for this on Sunday.

For Denmark it is the second World Cup final against a Scandinavian rival in a row.

In front of their home crowd in Herning, the Danes dismantled Germany-conqueror Norway around their superstar Sander Sagosen with 31:22 two years ago and thus won their first ever world title.

Even then, Landin was the towering man in the field.

With several parades he drove the Norwegians to despair and put the euphoric fans in the stands in ecstasy.

In Egypt, Landin also benefits from the interplay with fellow keeper Kevin Møller, who is returning from FC Barcelona to German runner-up SG Flensburg-Handewitt in the summer.

With his missions he takes care of the relief that Landin urgently needs in the exhausting tournament.

The good double occupation in the goalkeeper position could be the big plus compared to the Swedes, who have only one outstanding goalkeeper at the World Cup with Andreas Palicka from Bundesliga club Rhein-Neckar Löwen.

"It will be very exciting against our Swedish neighbors, almost all of whom play in the Bundesliga," he said.

The Icelander sees the defending champion at a slight advantage: "I think Denmark has the slightly better cards, even if Sweden makes an extremely strong impression."