display Munich (dpa) - In front of national coach Joachim Löw, the ex-national players Thomas Müller and Jérôme Boateng shone as goalscorers in the home win of Bayern Munich. The table leaders celebrated their fourth success in the Bundesliga in a 4-1 (2-0) win against TSG 1899 Hoffenheim on Saturday. Boateng (32nd minute) with his first goal in three years and Müller (43rd) with his tenth goal o 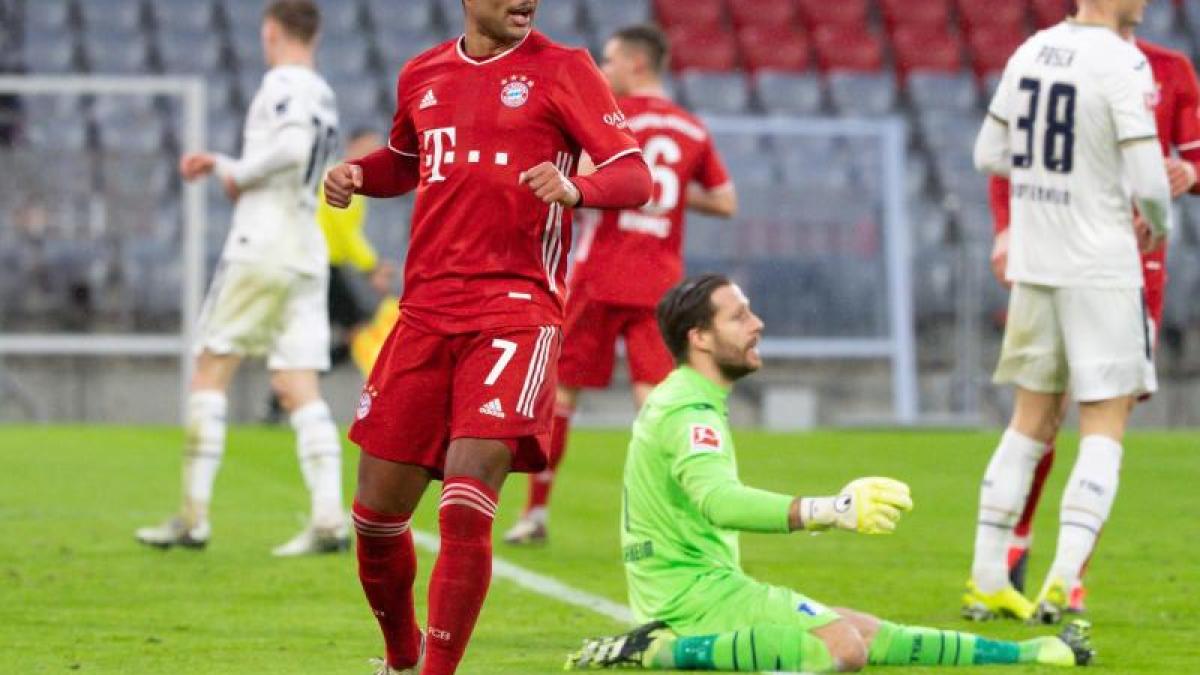 The table leaders celebrated their fourth success in the Bundesliga in a 4-1 (2-0) win against TSG 1899 Hoffenheim on Saturday.

Boateng (32nd minute) with his first goal in three years and Müller (43rd) with his tenth goal of the season made for two eye-catchers, Andrej Kramaric (44th) made it briefly exciting with Hoffenheim 1: 2.

Robert Lewandowski (57th) with his 24th goal of the season and Serge Gnabry (64th) followed suit early for the series champions after the break.

Löw, who would like to be in the stadiums again in the EM year, was offered an entertaining soccer game.

Bayern were the superior team and clearly had more possession.

On the defensive, however, they revealed gaps more often than when they conceded.

With the extra class in attack and the bad Hoffenheim evaluation of the chances, that did not matter.

Boateng ended a long wait for the Munich opening goal when he headed in from Joshua Kimmich's corner.

The last time he scored against Hoffenheim was 5-2 in January 2018 - after that, he went goalless in 67 league games.

Boateng, whose contract expires at the end of the season, could hardly advertise himself much better in the speculations about the commitment of Leipzig's Dayot Upamecano.

For the national team, Boateng, like Müller and Dortmund's Mats Hummels, has not been an issue for Löw for around two years.

Müller, who had bad luck on a crossbar after a quarter of an hour, demonstrated his excellent teamwork with Lewandowski at 2-0.

The 31-year-old sent the top scorer, who prevailed on the right wing and found Müller again.

With a shot from 16 meters, this TSG goalkeeper Oliver Baumann didn't give a chance.

Müller's Olympic plans have been publicly shelved since this week - but almost half a year before the European Championship, he continues to play and score in impressive form.

In the midst of the joy about the 2-0, the guest team of coach Sebastian Hoeneß, in the previous year still Munich amateur coach, punished a Munich defensive weakness.

After Ihlas Bebou (8/26) had missed two huge chances, he prudently presented himself as a preparer.

The Croatian had shone as a two-time goalscorer in the 4-1 first leg.

Bayern coach Hansi Flick, who had to do without Leon Goretzka and Javi Martínez because of positive corona tests, was able to look forward to the decision quickly after the break thanks to double preparer Kingsley Coman.

Lewandowski first used a TSG uncertainty to make it 3-1, then Gnabry ended his goal doldrums.

The Löw star waited eleven league games for a goal.

The victory pushed the lack of understanding about Corentin Tolisso's new tattoo and its violation of Corona regulations into the background.

This should be expensive for Tolisso, he was given a "heavy fine", as the Bavarians announced.

Current bans in the Bundesliga