Vendée Globe: the unfinished dream of German Boris Herrmann Les Sables-d'Olonne (France) (AFP) He almost became the first foreigner to win the Vendée Globe: the German Boris Herrmann saw his dream fly away, carried away by a fishing boat which he crashed into on Wednesday evening, a hundred kilometers from the finish. After 80 days at sea, Herrmann was exhausted on Wednesday, a few hours from the finish. He fell asleep and was awakened by the brutal shoc 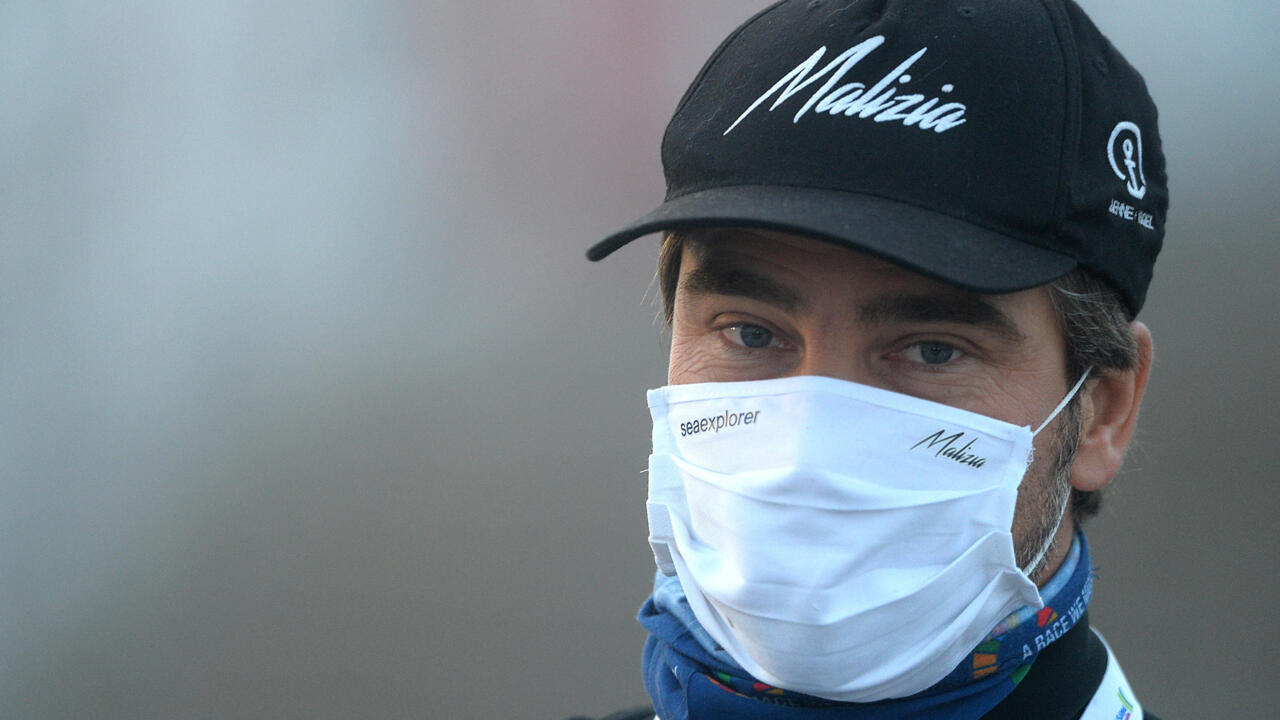 He almost became the first foreigner to win the Vendée Globe: the German Boris Herrmann saw his dream fly away, carried away by a fishing boat which he crashed into on Wednesday evening, a hundred kilometers from the finish.

After 80 days at sea, Herrmann was exhausted on Wednesday, a few hours from the finish.

He fell asleep and was awakened by the brutal shock of his boat.

"All of a sudden, I saw a wall next to me, the boats got tangled up, I heard men screaming", said again shaken the skipper of Seaexplorer-Yacht Club de Monaco, who was then sailing in third position.

A third place that he could have transformed into a final victory thanks to the time compensation received for having participated in the rescue of a wrecked competitor, Kevin Escoffier, on November 30 and which amounted to six hours.

Herrmann was finally content with fourth place, a fine performance despite everything for the sailor, who was taking part in his first solo round-the-world race without stopover.

Discreet, Herrmann, who made a point of learning French to gain a place of choice in the world of ocean racing, passed the stages one after the other for ten years to finally appear on the starting line of the Vendée Globe, at 39 years old.

Initiated very young during cruises in the North Sea with his parents, Herrmann knew very early that his life would be done alone.

"We were always, my father and I, on the little 8-meter steel boat, I didn't know that as a team, I wasn't a member of a nice yacht club. So it was more realistic for me to do solitary, "he told AFP.

Ironically, thirty years later, it was under the leadership of the Monaco yacht club that he could live out his Vendée Globe project thanks to his friend and vice-president of the Principality club, Pierre Casiraghi.

To get there, he applied to the letter a battle plan that had been scribbled for him by the distinguished sailor Michel Desjoyeaux, the only double winner of the Vendée Globe (2000-2001, 2008-2009).

He had been able to sail with him in 2009 after meeting him at a boat show in Düsseldorf.

"He told me: + If ever one day you leave your university, you can come sail and do things like us and do the Vendée Globe +", remembers the German sailor.

"Michel gave me a standard schedule for the Vendée Globe, and ten years later I realize the delicacy of his thinking," he admires.

Herrmann has not been idle since.

He has been seasoned alongside the best sailors during courses at the France pole of Port la Forêt (Finistère), has been around the world three times, notably in record mode with Francis Joyon (Idec sport), but without beating him.

He also learned a lot from the Italian Giovanni Soldini.

"He gave me his very pragmatic approach. If I don't have the money, I will have a small zodiac instead of a good team with three zodiacs, I'm doing anyway. That's how it is. We worked on this project. We started with one person, we prepared the boat together, I slept here (in Lorient, its base) in my van, we anchored in the small bays of Monaco ".

For his first Vendée Globe, Herrmann, father of a seven-month-old baby girl, impressed by coming back to the front of the race without warning.

"He's someone fairly calm, calm, he was quite a wait-and-see in the south, not catchy like Louis Burton was for example. I did not understand how he managed to hang, but after the Falklands he found himself at the forefront to transform the test, "Desjoyeaux told AFP before the incident of the collision.

There is no doubt that we should see Boris Herrmann again in ocean racing, and perhaps even in the next Vendée Globe.

But before thinking about all this, as soon as he sets foot on the ground, he will eat an ice cream, his sweet tooth!