The dispute between Facebook and Apple about more privacy on the iPhone is getting worse. Facebook sees itself disadvantaged and warns of damage to millions of small businesses. At the same time, the online network now sees Apple as a major rival. 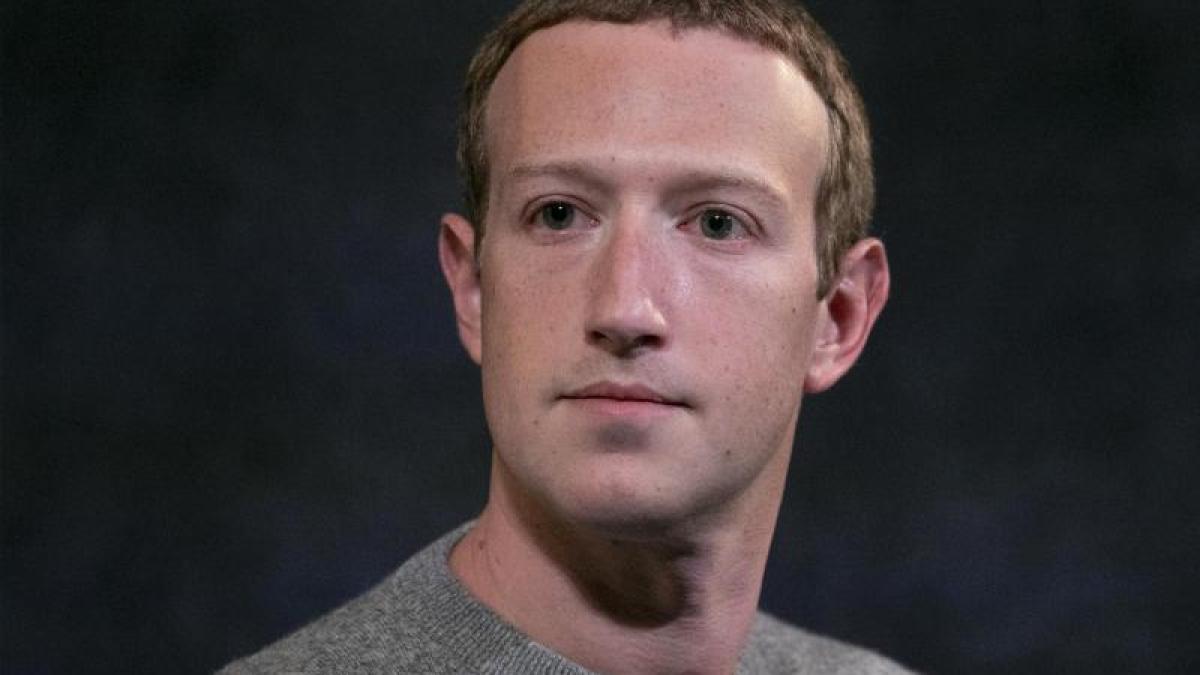 Menlo Park (dpa) - Facebook has so far grown unchecked in the corona pandemic.

But the world's largest online network is preparing for headwinds from two directions: from Apple and from the EU.

The iPhone company has worried Facebook for months with its plan to give users more control over their privacy.

In the European Union, Facebook sees the legal situation surrounding the transfer of data to the USA as a factor of uncertainty.

Apple wants to give users new possibilities in the coming months to limit data collection on iPhones.

It will be easier for you to prevent apps and advertising services from collecting information about their behavior across the boundaries of individual applications and websites.

Apple's plan is that every app has to ask users for permission to access it.

Facebook fears that the less knowledge about people will make the personalization of advertising less precise.

The promise to advertisers to precisely meet the desired target group is a cornerstone of Facebook's business model.

Zuckerberg and Facebook had already criticized in recent months that poorer personalized advertising would damage small and medium-sized companies in particular.

Especially in the corona crisis, they are dependent on the online network as a platform for their business.

This is the allegation that Apple's actions could slow down the entire economy.

But the Facebook boss added a shovel to his criticism.

"Apple may claim that they are doing it to help the people - but their steps clearly follow their competitive interests," Zuckerberg said in a conference call with analysts after the latest quarterly figures.

"I would like to emphasize that we increasingly see Apple as one of our biggest competitors."

The Apple service is pre-installed on all iPhones and is preferred there, he criticized.

Thanks to complete encryption, chat content on WhatsApp is basically only available in plain text for those involved, emphasized the Facebook boss.

Apple, however, saves iMessage backups by default without end-to-end encryption on its servers if the iCloud service is not switched off.

"Apple and governments have the ability to access messages from most people," Zuckerberg said.

They feared that more data would be shared with Facebook.

Facebook emphasized that the changes should only apply to communication between companies and their customers on WhatsApp.

Zuckerberg tried again to "clear up confusion": "This update does not change the privacy of chats with friends and family," he said.

“All of these messages have end-to-end encryption, which means that we cannot see or hear what is being said.

And we never will either. "

In the past quarter, no headwind was felt in the Facebook business.

Revenue rose a third year over year to just under $ 28.1 billion.

In terms of profit, there was a jump of 53 percent to a good 11.2 billion dollars, as Facebook announced after the US market closed on Wednesday.

The number of users also continued to grow.

2.8 billion users came to Facebook at least once a month - 60 million more than a year earlier.

Daily it was 1.84 billion after 1.82 billion in the final quarter of the previous year.

A total of 3.3 billion users accessed at least one app from the Facebook group as well as Instagram and WhatsApp every month.

It was also noticeable that the number of daily active users in the USA and Canada fell for the second quarter in a row.

The region is particularly lucrative for Facebook with an average of over $ 53 in sales per user.

In Europe it was recently an average of just under $ 17 per user.

Facebook also spoke of "significant imponderables" in the future.

During the pandemic, they benefited from the general boost in online business.

However, should this trend reverse, it will also slow the growth of Facebook's advertising revenue.

In addition, the online network has already warned that, in view of the rapid growth in the second half of 2020, there will be foreseeable lower growth in the current year.

Another factor of uncertainty is the situation regarding data transmission from the European Union.

After the attack on the Capitol in Washington by supporters of Donald Trump, Facebook no longer wants to recommend any groups with political topics to users.

Politics recently saturated everything - and many users did not want their time on Facebook to be dominated by it.