"Will require more loyalty": why the White House has suspended a number of arms shipments abroad

The Joe Biden administration has temporarily suspended a number of defense export contracts. This information was confirmed by the US State Department. According to The Wall Street Journal, we are talking, in particular, about the suspension of transactions with Saudi Arabia. Earlier, the new US Secretary of State Anthony Blinken announced Washington's intention to stop supporting the offensive military campaign of Riyadh in Yemen. The head of the White House made such a promise during the election race. According to experts, the new administration will not completely abandon profitable cooperation with the kingdom, but will try to change the format of the partnership. 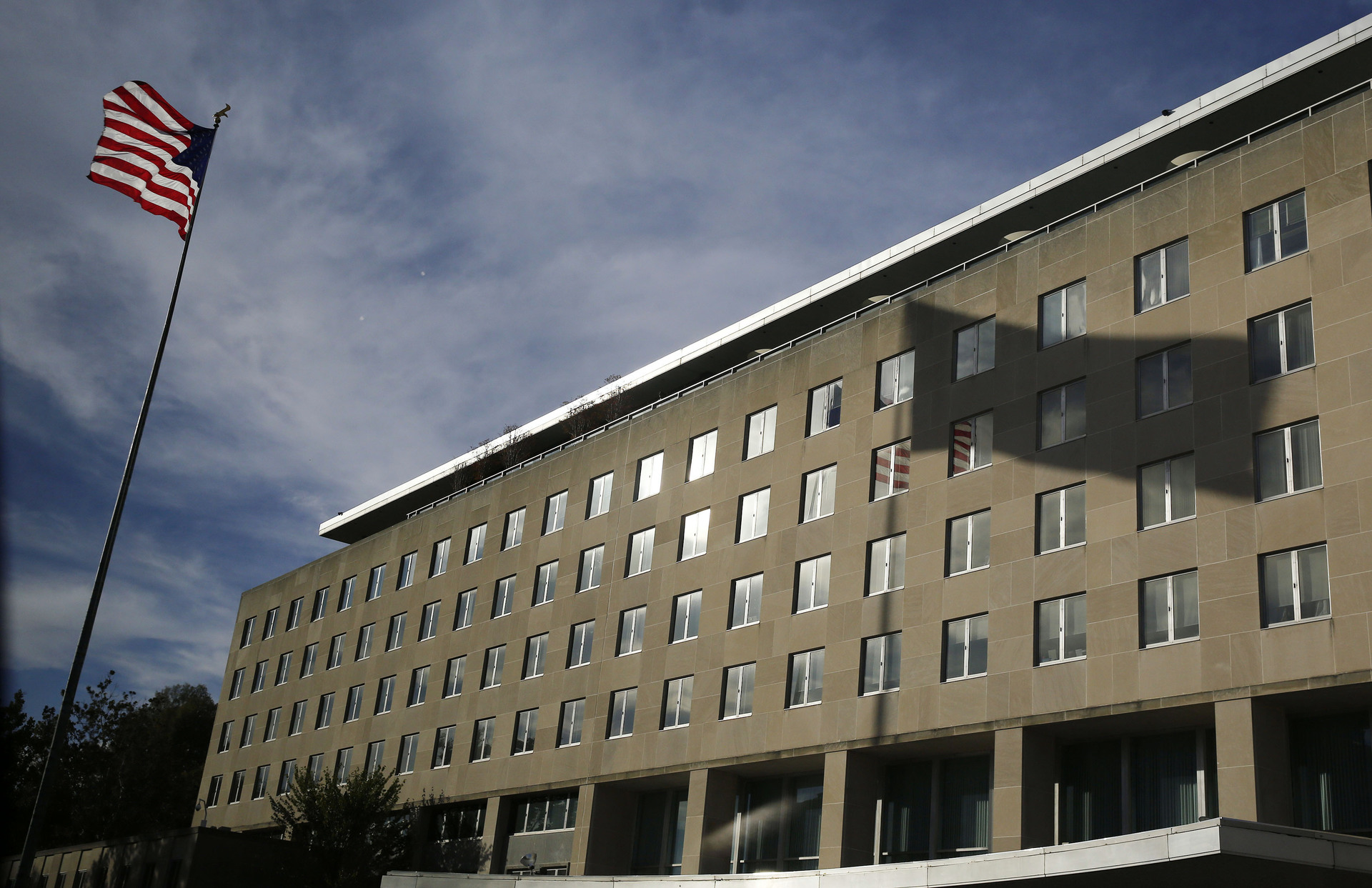 The US executive branch has suspended a number of arms export deals.

This was reported by the TASS agency with reference to the US State Department.

The American department clarified that the implementation of "some unfinished deliveries and transactions in the defense sphere" is now suspended.

This decision was made to give the new administration the opportunity to "evaluate" contracts.

The State Department also clarified that such an assessment of transactions is a common practice when the new government starts working.

Thus, the department commented on the information that appeared the day before in the American media.

Citing unnamed officials, The Wall Street Journal reported that the Biden administration had imposed a temporary ban on arms shipments to Saudi Arabia.

In addition, the White House is carefully studying the issue of purchasing American weapons from the UAE.

We are talking about multi-billion dollar deals concluded by former US President Donald Trump.

“According to the officials, the objects of study include the sale of high-precision guided munitions to Riyadh and the advanced F-35 fighters in Abu Dhabi.

The latest deal was approved by Washington in the framework of the so-called "Abrahamic Accords", establishing full-fledged diplomatic relations between the UAE and Israel, "the newspaper said.

At the same time, the sources explained that there is nothing unusual about such verification of weapons contracts approved by the previous administration.

Despite the pause, the execution of many deals will likely continue, officials added.

The question of values

As Boris Dolgov, a leading researcher at the Center for Arab and Islamic Studies at the Institute of Oriental Studies of the Russian Academy of Sciences, noted in a commentary to RT, the suspension of arms supplies is a sign that relations between Washington and Saudi Arabia may undergo changes.

And Saudi Arabia in this light acts as a country where these values ​​are not respected.

This aspect can be used by the White House to put pressure on Riyadh.

At the same time, the kingdom will remain one of the US strategic allies in the Middle East, ”the expert said.

At the same time, the media remind of the words that the future US Secretary of State Anthony Blinken uttered last week (his candidacy was approved for the post of head of the State Department by a decision of the US Senate on January 26).

He told senators that Biden plans to end support for Saudi Arabia's offensive in Yemen, mainly for humanitarian reasons.

“The President-elect has made it clear that we will end our support for Saudi Arabia's military campaign in Yemen,” Blinken said.

He specified that, in his opinion, the United States should closely cooperate with Saudi Arabia.

“We need to make it clear what we are doing and why, carefully discuss everything.

But the main thing is that for the reasons discussed earlier, we believe that the further provision of such support (the military campaign in Yemen. -

) does not meet the interests of our country, "he stressed.

In addition, on January 22, the State Department announced that it would consider a decision previously made by the Trump administration to declare Yemeni Houthi rebels terrorists.

This was announced to The Hill by a representative of the American Foreign Ministry.

As a reminder, on January 10, Mike Pompeo, who was then Secretary of State, announced his intention to include the Yemeni movement Ansar Alla in the list of terrorist organizations.

This move has caused serious concern at the UN.

According to the director of the UN World Food Program (WFP), David Beasley, this decision must be reconsidered, otherwise humanitarian organizations will not be able to supply food to Yemen.

As the expert on the Middle East, professor at Moscow State University Alexander Vavilov, noted in an interview with RT, Anthony Blinken is an expert on Middle East politics and gave a correct assessment of the situation.

“He accurately assesses the situation when he says that the military campaign of Saudi Arabia is not playing a positive role for the United States.

On the contrary, this activity is a burden to the American side.

However, this does not mean that the United States will sacrifice relations with Saudi Arabia, its longtime ally, "the expert explained.

Boris Dolgov adheres to a similar point of view.

“The Donald Trump administration has acted based on its vision of American interests.

But, although Biden's team has a different view of the Yemeni conflict, this does not mean that the United States will completely turn its back on Saudi Arabia, ”he said.

By announcing the end of aid to Saudi Arabia in Yemen, the Joe Biden administration began to fulfill one of the politician's election promises.

Back in the summer of 2019, Biden harshly criticized the authorities in Turkey, Hungary, the Philippines and Saudi Arabia, accusing them of authoritarianism.

He said that if he wins the elections, he will stop supporting the military campaign of Riyadh against the Yemeni Houthis.

It should be noted that shortly before the start of Donald Trump's first presidential term, during the administration of Democrat Barack Obama, serious tensions had already arisen in relations between the United States and Saudi Arabia.

The reason was the adoption by the US Congress of the Law on Justice Against Sponsors of Terrorism.

The document allowed relatives of the victims and victims of the September 11, 2001 terrorist attack to file lawsuits against Riyadh.

One such class action lawsuit was subsequently filed with the US Federal Court - citizens accused Saudi Arabia of aiding terrorists and demanded compensation for the harm caused.

Barack Obama, then the US president, tried to block the adoption of the law, but the veto was overridden by both houses of Congress.

The renaissance in US-Saudi relations began after the Republican Donald Trump became the president of the United States.

Although earlier the businessman has publicly criticized Riyadh more than once, after taking over as head of state, he changed his rhetoric.

The trip to Saudi Arabia was the 45th US president's first official overseas visit.

During a meeting with King Salman bin Abdulaziz Al Saud, Trump signed a deal to supply Saudi Arabia with US weapons worth over $ 109.7 billion. The contract became the largest one-off agreement in the history of the American military-industrial complex.

However, the deepening relations with Riyadh were greeted by US political circles with discontent.

So, in July 2019, Congress adopted three resolutions prohibiting the supply of arms to Saudi Arabia, Jordan and the UAE.

Legislators demanded to stop the implementation of arms deals totaling $ 8.1 billion, previously concluded between the United States and the Middle Eastern monarchies.

Now the new US administration is analyzing the relations that have been built with the monarchies of the Persian Gulf during the Trump presidency, experts say.

At the same time, the new US president and his entourage are unlikely to decide on a radical revision of the Middle East course.

“Pragmatic interests, as previously prevailing in American politics, will continue to prevail.

The US authorities will not refuse profitable arms supplies to Saudi Arabia, ”Boris Dolgov said.

In addition to purely economic considerations, Washington and Riyadh are linked by political interests, the expert explained.

A similar point of view is shared by the expert of the International Institute for Humanitarian and Political Research Vladimir Bruter.

As the analyst noted in a commentary on RT, arms deliveries are likely to continue.

Now the State Department is formulating a new US position on this issue, and it will soon be clear.

Most likely, the White House will demand more loyalty from the kingdom towards the United States.

Otherwise, pressure will be exerted on the kingdom, "the interlocutor of RT summed up.