The former president's lawyer, Rudy Giuliani, has been blocked from monetizing live broadcasts on the platform 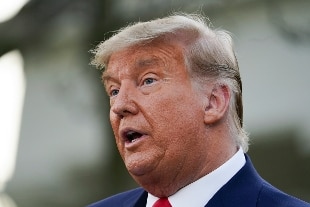 January 27, 2021 Youtube has indefinitely suspended the channel of former US President Donald Trump.

The American media argue this, adding that Trump's lawyer, Rudy Giuliani, has instead been blocked from monetizing live broadcasts on the platform.

Youtube, which belongs to the Google galaxy, had already suspended for the first time, on January 13, the Trump profile to which 2.77 million users are subscribed.

On the eve of Biden's inauguration, he then announced the extension of the suspension for an additional seven days.

The reason for the stop, as reported by Politico, concerns concerns about the potential escalation of violence that could be generated by the words and arguments supported, as occurred in Capitol Hill last January 6.

"This is why Donald J. Trump's channel will remain suspended."

As for Rudy Giuliani, the platform announced that the suspension from its monetization program is a consequence of the repeated violations of Youtube rules on disinformation and, in particular, on the outcome of the American elections.

Giuliani, whose channel has around 600,000 subscribers, no longer has access to certain functions and no longer receives cash income from the sale of commercials broadcast before the start of a video.