The annual meeting of the World Economic Forum is under the impression of the corona pandemic. UN Secretary General António Guterres urges a hurry with the vaccines, US corona expert Anthony Fauci reports from his country and China's Xi Jinping warns of division. 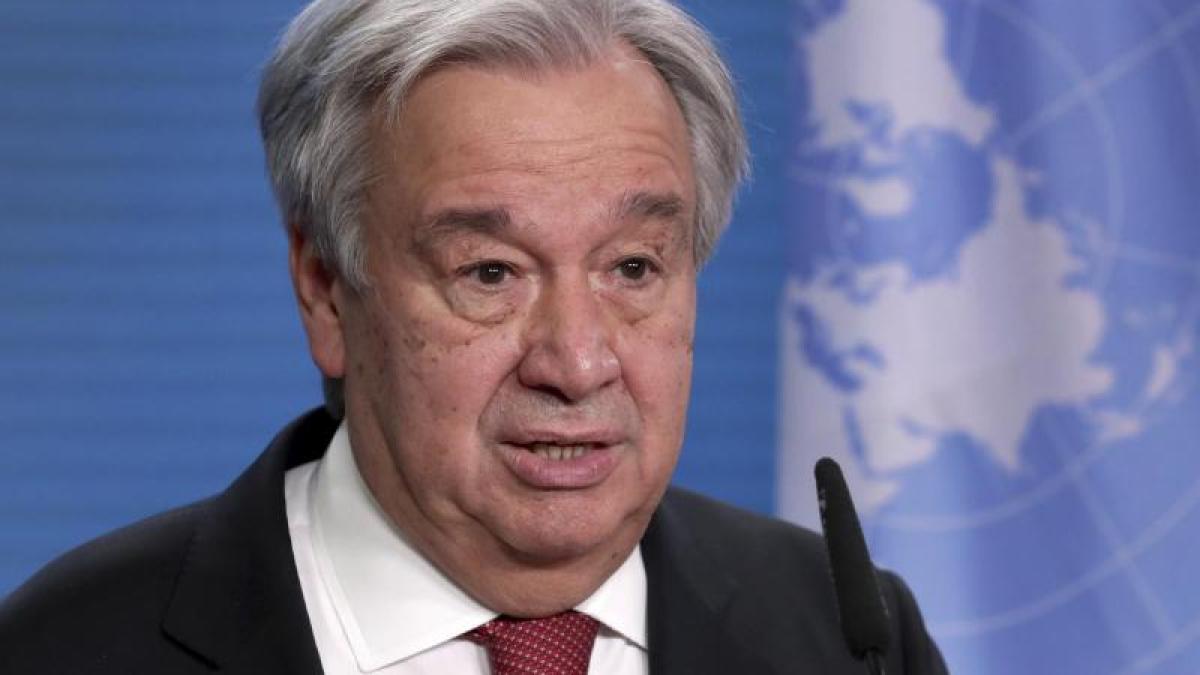 "If the industrialized countries believe they are safe, if they vaccinate their own people and neglect the developing world, they are wrong," said Guterres in a video speech at the annual meeting of the World Economic Forum (WEF).

“There is now a clear, real danger of mutations that make the virus more transmissible or deadly or more resistant to existing vaccines.

We have to act quickly. "

The global production capacities of the means to contain the Covid-19 pandemic would have to be massively expanded and licenses made available, Guterres continued.

In addition, it must be ensured that the vaccines are affordable in poorer parts of the world.

"Vaccines must be viewed as global public goods," said the UN chief and campaigned for better funding for the international corona vaccination initiative Covax.

Renowned US corona expert Anthony Fauci reported on the difficult corona situation in his country: "It is extremely problematic to deal with a public health crisis when the country is in the middle of a split," said the director of the National Institute for Infectious Diseases (NIAID).

"When public health issues are politically charged - when wearing a mask is a political statement - then you can't imagine how damaging that is to a public health message."

China's head of state and party leader Xi Jinping spoke out in favor of more international cooperation and free world trade against the background of growing tensions between his country and the USA or Europe.

The world's problems could not be solved by any country alone, said Xi Jinping on Monday in a video speech at the opening of the annual virtual meeting of the World Economic Forum (WEF).

Forming small alliances will only divide the world further.

Without going into the multitude of newly imposed US sanctions against China, Xi Jinping warned more generally against threatening other countries or imposing sanctions, decoupling the economies or disrupting supply chains.

Foreign trade policy should not be at the expense of other countries either.

Regardless of the criticism of persistent market barriers in China, Xi Jinping reassured that China wants to open up further.

It was the second appearance of the Chinese President at the annual meeting after 2017.

At that time, after Donald Trump's inauguration, Xi Jinping used the meeting to present himself as a pioneer of free world trade, in contrast to the then new US president and his protectionism.

In a panel discussion, Federal Minister of Economics Peter Altmaier assumed that the US position on open markets and multilateralism had changed.

This was something very controversial in the debates with the USA for four years.

With a view to the new US administration under Joe Biden, the CDU politician said: "Now we should give them a chance not only to develop their ideas, but also to implement them."

The traditional annual meeting of the World Economic Forum is taking place online for the first time due to the corona pandemic and not in Davos, Switzerland.

Until Friday, representatives from politics, business and society will be in online rounds to discuss current challenges such as the pandemic and climate change.

The World Economic Forum also wants to host an actual meeting this year: At the end of May, business leaders, top politicians and company representatives are to come together in Singapore.