Handball World Cup: the Blues, just a point Cairo (AFP) They arrived in Egypt surrounded by uncertainties and without proclaiming their ambitions. Two weeks later, the Blues have chained six successes at the Handball World Cup, including an impressive last against Portugal (32-23), and regained their usual status of favorite at the time of the quarter-finals. . The Euro? An ancient story The French team arrived in Cairo on January 12 dep 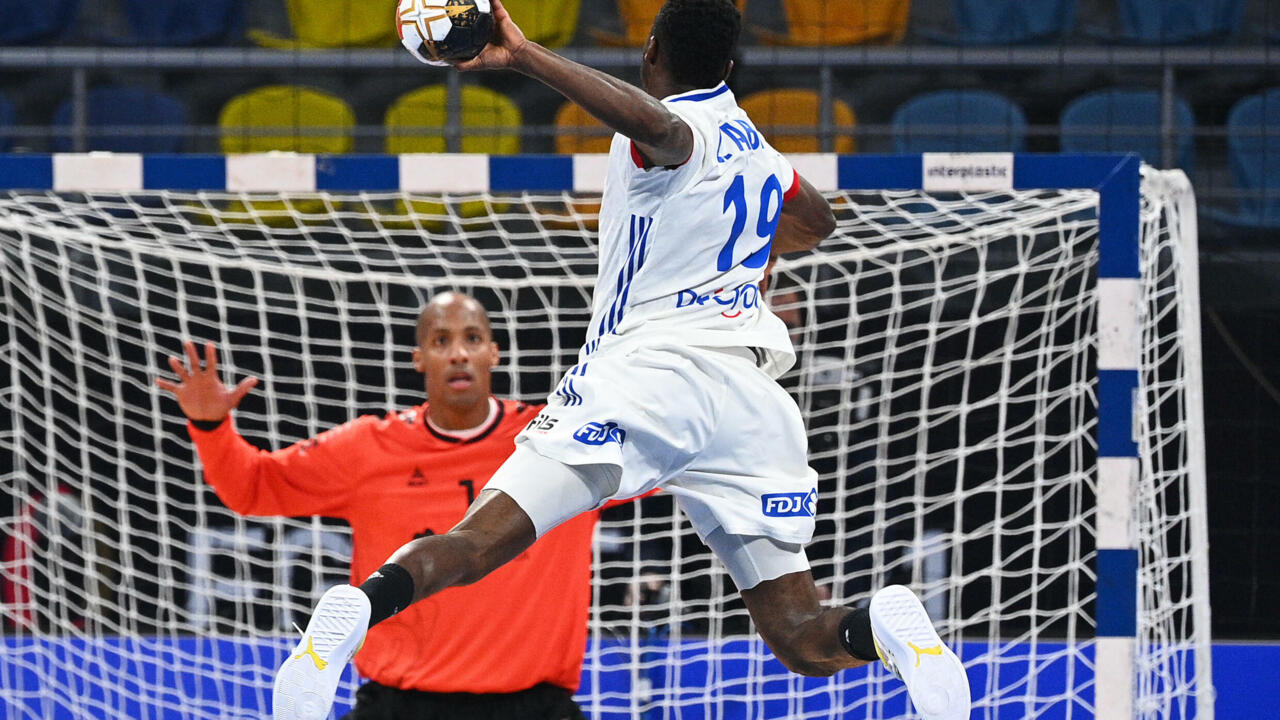 They arrived in Egypt surrounded by uncertainties and without proclaiming their ambitions.

Two weeks later, the Blues have chained six successes at the Handball World Cup, including an impressive last against Portugal (32-23), and regained their usual status of favorite at the time of the quarter-finals.

The French team arrived in Cairo on January 12 deprived of landmarks, in the wake of an unsuccessful double confrontation against the Serbs.

A first failure for his new coach Guillaume Gille, appointed a year earlier after the Euro fiasco and the ousting of Didier Dinart.

Two weeks later, the Blues showed that they should still be counted on: by excluding Norway (28-24), finalist in 2019, then by dominating Portugal (32-23) on Sunday.

Either the two teams which had caused their fall to the Euro.

"We can be proud of us," savored captain Michaël Guigou.

A few years ago, the two-time Olympic champion, four-time world champion and three-time European champion, arguably wouldn't have enjoyed what was then the norm for a dominant French team, but times have changed.

All was not perfect, however: the Blues were scared against Switzerland (25-24) then Algeria (29-26): "We lacked a little rhythm, we were not really at background ", recognizes winger Hugo Descat.

But as against Iceland (28-26), they showed control in the end of the match tense.

And “questioned themselves” the following day, assures Guigou.

The demonstration inflicted on the Lusitanians comes to master this confidence, stored conveniently before the phase with direct elimination.

"The fact of playing this game now against Portugal, it really did us good and it bodes well for the future", thundered Descat.

The strength of the collective

In Egypt, the Blues are orphans of the former captain Cédric Sorhaindo, not retained by the new staff, and especially of the icon Nikola Karabatic, seriously injured in the right knee.

Along the way, they also lost left-back Elohim Prandi and goalkeeper Wesley Pardin, also to injuries.

The first point against Norway was largely due to his 18 saves, as well as the 9 goals of center-half Kentin Mahé.

For the second against Portugal, it was the full backs who started the machine, in particular Timothey N'Guessan.

Proof that danger can come from anywhere.

Hence the desire of the staff to distribute the playing time as much as possible between the 16 players.

"The World Cup is a very long marathon of 9 matches in 18 days," recalled Gille who wants to "feed everyone" in order to maintain the group dynamic.

"And at the same time, the more it goes, the more we look for an effective composition," also knows how to recognize the coach.

Blurred by the disparate states of form of club players and a year without a match due to the pandemic, the typical team is now clear: the tauliers Guigou and Luc Abalo with the wings, relayed by Descat and Valentin Porte, Dika Mem and Nedim Remili alternately on the right side, N'Guessan ahead of Romain Lagarde on the left, Mahé and Ludovic Fabregas in the axis in attack, the Catalan making the pair with Luka Karabatic in defense.

"Everyone has found their place and it is very important because we will arrive at the 7th game", summarizes Guigou.

It will be Wednesday in the quarterfinals against Hungary or Spain, who face each other this Monday and will not have this additional day of recovery from which the Blues benefit.

By finishing first in their group, the latter also made three good deals: they stay in the same Hassan-Moustafa room, where they have been used for two weeks, and therefore in their hotel located at the foot of the pyramids, thus avoiding a move. towards the center of Cairo.

Above all, they escaped a possible reunion in the half with Denmark, defending champion who had dominated them at this same stage (38-30) in 2019. The prospect of a rematch in the final Sunday is even more encouraging.