Corona in Europe: This is how the EU wants to further restrict travel

Brussels makes proposals for border restrictions. They should remain open to guarantee freedom of movement. But tests and requirements could soon severely restrict citizens. Adjusting the Corona traffic light does not bode well either. 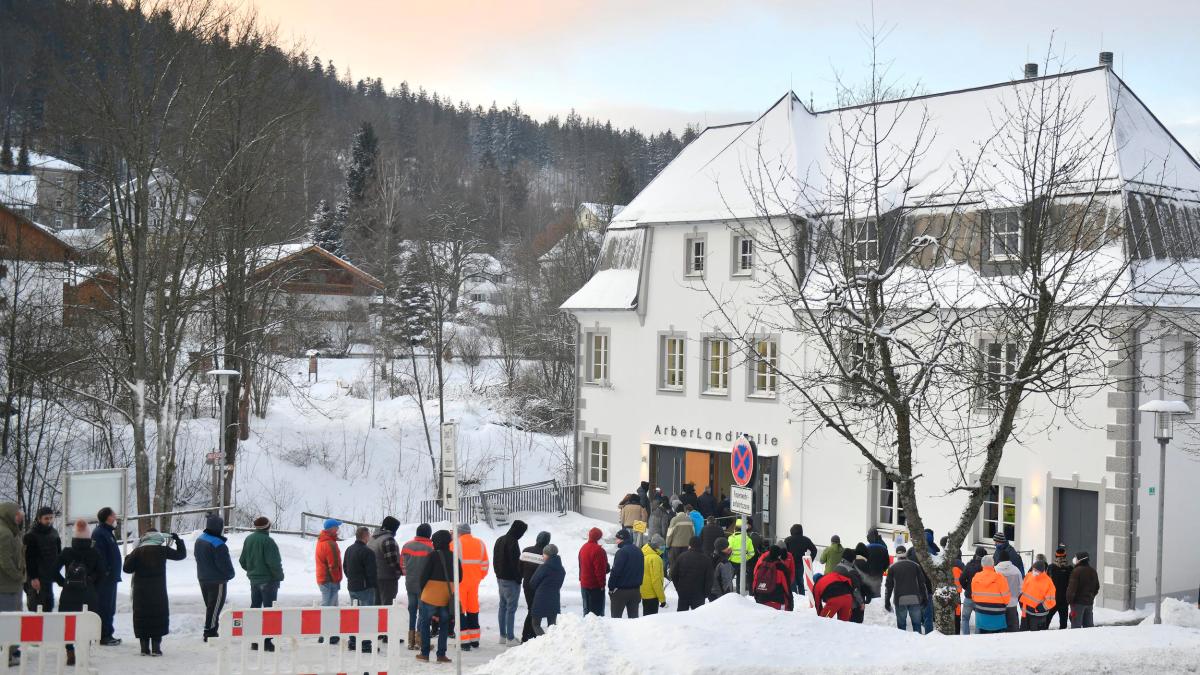 As a result of the British and South African corona mutations, the EU is preparing for a significant spread of the pandemic and higher case numbers in the coming weeks.

After intensive preparatory work, which also lasted late into the night on the weekend due to the urgency, the EU Commission proposed on Monday to introduce stricter and uniform test and quarantine rules for certain countries and regions - and thus further restrict travel within the EU.

EU Interior Commissioner Ylva Johansson summed up the message from Brussels in one sentence: “The first recommendation is: don't travel!” Border closings should not be allowed so that supply and free movement of workers are guaranteed.

Whether the member states ultimately follow the recommendations of the Brussels authority is up to them.

But some governments have already acted.

In Germany, for example, new rules have been in place for more than 20 countries with particularly high numbers of infections since Sunday.

In Bavaria, daily cross-border commuters even have to present a new negative corona test every 48 hours upon entry, in Saxony twice a week.

On the first working day since the tightening, traffic jams formed at border crossings.

Other countries such as France have also tightened their requirements for sea and air transport.

Belgium initially bans all unnecessary travel from Wednesday and has announced strict controls on motorways as well.

"Because of the mutations in the coronavirus, it is urgently necessary to regulate travel more strictly and to be even stricter for a certain time," said the CDU health expert in the EU Parliament, Peter Liese, WELT.

“We need a common approach here,” he added.

EU Justice Commissioner Didier Reynders sees it similarly: “In view of the new variants, what we need now is even more coordination and a joint European effort to keep people from unnecessary travel.

Border closings, however, will not help, but joint measures will. "

It does not bode well, but is owed to a responsible prevention policy if the EU Commission now adapts the existing Corona traffic light, according to which regions are marked green, orange or red based on common criteria.

Accordingly, a new, "dark red" category for high-risk areas with the fabulous value of more than 500 new infections per 100,000 inhabitants within the past two weeks should apply in the future.

So far there are only a few such zones.

But the Commission obviously expects that to change soon.

According to the EU Commission, a PCR test should be required before departure for trips out of dark red zones.

Upon arrival, the travelers must then be quarantined.

This should also apply in a “proportionate way” to travelers who have to make essential trips, such as health care workers.

Truck drivers who contribute to maintaining the exchange of goods and supply chains are to be excluded.

According to the commission, people in border regions should be exempted from some travel restrictions.

For example, commuters should not have to be in quarantine and the frequency of tests placed on them should be proportionate.

There should be no compulsory testing at all if the pandemic situation is similar on both sides of the border.

The EU Commission also wants to tighten the rules for travel from third countries.

The authority proposes a PCR test that must not be more than 72 hours old.

In countries where particularly contagious virus variants have been discovered - such as South Africa or Great Britain - Brussels is demanding an obligation to self-isolate for two weeks.

The stricter travel restrictions are necessary because, according to the latest findings from researchers, "Corona fatigue" is increasing dramatically in Austria, for example.

“People are more on the move from lockdown to lockdown”, said the Viennese complexity researcher and physicist Peter Klimek in the “Ö1 Morgenjournal”.

While mobility decreased by around 70 percent during the first lockdown, the value is now only 25 percent.

That is why further restrictions on movement are urgently needed at all levels.

Meanwhile, pressure is mounting on the British-Swedish vaccine manufacturer AstraZeneca, which, due to alleged production problems in Belgium, plans to deliver 31 million doses instead of 80 million by the end of March.

The EU Commission describes the announced delays in delivery as "unacceptable".

Von der Leyen now demanded that the contractually agreed quantities of corona vaccine be delivered without compromises and without delay, said a spokesman for the Commission authority.

The company is expected to respond shortly and provide at least 40 million vaccine doses.

In August, the EU Commission signed a contract with the company for up to 400 million vaccine doses and, according to its own statements, paid a three-digit million amount to ramp up production before EU approval.

According to the EU Commission, according to the contract, the group would have had to produce quantities for the EU since the binding order at the end of October.

EU health expert Liese said AstraZeneca is now "apparently delivering to other parts of the world, including the UK, without delay".

Liese called on the company to move the vaccine from the UK to the EU.

Federal Minister of Health Jens Spahn (CDU) had stated on the discussion about vaccine export: “We as the EU must be able to know whether and which vaccines are exported from the EU.

This is the only way we can understand whether our EU contracts with manufacturers are being served fairly.

In order to avoid an uncontrolled export of vaccines, the EU Commission wants to introduce a "transparency register" in a few days.

This records which quantities from which manufacturers from the EU go to third countries.

In addition, an export license is required in the future.