BIS and ECB step up the fight against climate change

Banks aren't necessarily the first players that spring to mind when it comes to environmental protection. Nevertheless, the ECB and BIS do not want to ignore the topic and are announcing measures. 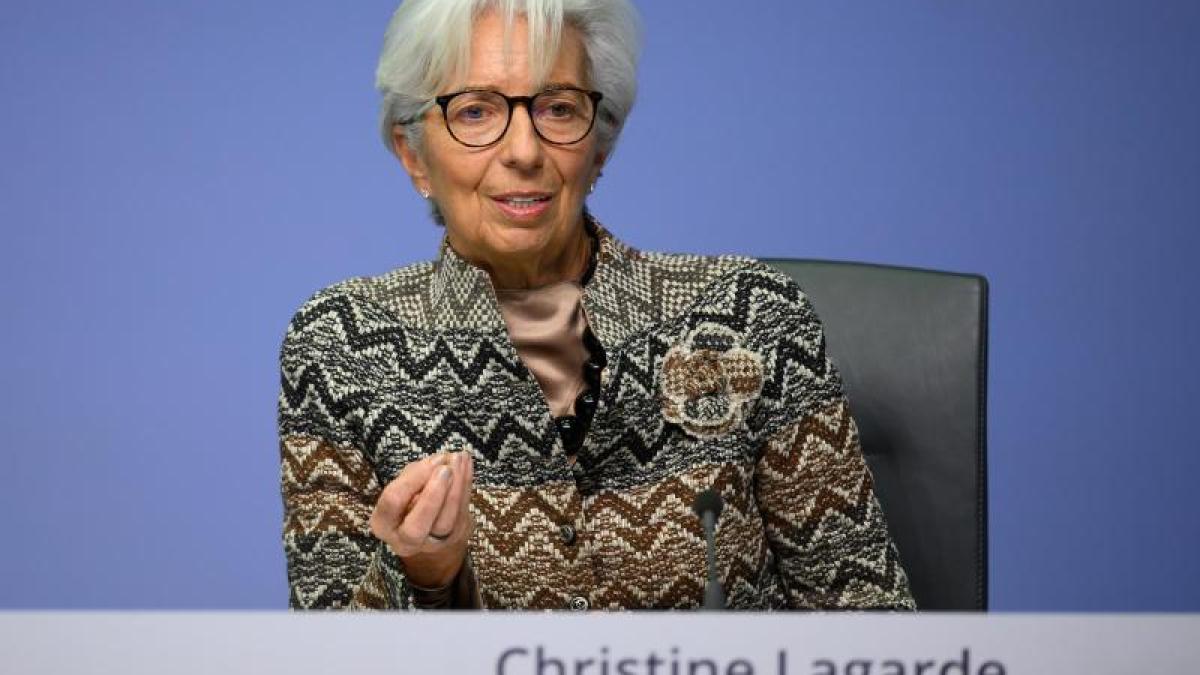 Basel / Frankfurt (dpa) - The Bank for International Settlements (BIS) and the European Central Bank (ECB) are increasing their commitment to climate protection.

ECB President Christine Lagarde announced the creation of a center for climate change.

The Bank of Central Banks, as the BIS is also often called, announced the start of a new fund to invest in "green" securities with an environmentally friendly purpose.

The ECB wants to participate.

According to the will of ECB President Lagarde, the central bank should play a more important role in the fight against climate change.

Central banks are clearly not the main actors when it comes to preventing global warming, the Frenchwoman said during an online conference at the Frankfurt Institute for Law and Finance.

"But the fact that we're not in the driver's seat doesn't mean that we can just ignore climate change or that we don't play a role in combating it."

The Frenchwoman reiterated that the ECB would contribute to efforts to combat climate change within the framework of its mandate.

"At the ECB we are now starting a new center for climate change in order to bring together the various specialist knowledge and work areas on the subject of climate in the central bank more efficiently," said Lagarde.

The Climate Change Center provides the structure we need to address the problem with the urgency and determination it deserves, ”Lagarde said.

The new unit will consist of around ten employees who will work with existing teams across the bank.

Mauricio Vargas from Greenpeace praised Lagarde for taking the right direction, but also criticized that the planned steps were not enough.

“The ECB must develop a clear plan on how it can effectively avoid investment risks resulting from the climate crisis.

It must also ensure that its multi-billion dollar monetary policy portfolios as well as the collateral framework for bank loans are in line with the EU decisions on climate neutrality, ”said Vargas.

Meanwhile, the Bank for International Settlements (BIS) announced the launch of a second fund to invest in "green" securities.

After an existing fund in US dollars, the new fund will be denominated in euros, the BIS announced on Monday in Basel.

The European Central Bank wants to invest in the new fund.

According to the BIS, the two funds will initially manage a total volume of around two billion US dollars.

However, it is expected that the volume will grow significantly.

The funds are part of a “green” initiative by the BIS, which is supposed to enable central banks to incorporate environmental issues into their capital and reserve management.

The BIS manages part of these reserves for the central banks.

The two funds are intended to support environmentally friendly projects such as renewable energies or energy efficiency.

The ECB announced that it wanted to contribute its own funds to the new BIS fund.

In this way, the central bank contributes to the achievement of environmental policy goals such as the EU climate targets and to combating climate change.

According to its own information, the ECB currently has “green” bonds with a market value of 20.8 billion euros on its own books.

A comprehensive review of its monetary policy strategy has been going on at the ECB since the beginning of last year.

The central bank wants to scrutinize its formulation of price stability as well as the monetary policy instruments and their communication.

Among other things, the monetary authorities are also looking at what consequences climate change could have for the goal of price stability.

Whether central banks should support environmental policy goals with their monetary policy is controversial among central bankers and economists.

The main question is whether a central bank should prefer “green” securities to other securities when buying bonds.