SVT Nyheter has identified around 20 nursing homes that stand out and have a sharp excess mortality in the last ten weeks of 2020. We have been in contact with several of these homes to try to get a picture of what happened. 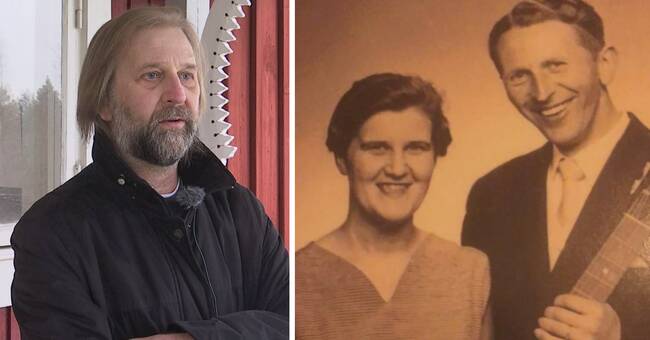 The nursing home Lammengatan had a sharp increase in the number of deaths during the last ten weeks last year compared with previous years.

SVT Småland has met Pea Sopo whose both parents were infected with covid-19 at the accommodation.

- It was a shitty year, we had two funerals during the same year, he says.

The municipality has no explanation for why some homes are hit harder than others.

- There is no factor, there is no single factor that we worry about if I put it that way, says Ewa Ekman, care manager Växjö municipality.

Six of the nursing homes with the highest excess mortality are in the region.

One of them is the municipal care home Åbrädden, which has had a five times higher mortality rate in the last ten weeks last year compared with an average for 2017-2019.

SVT Helsingborg has previously received an internal email from the beginning of December where 14 deaths are mentioned as "the consequences of the large outbreak".

Jan Bleckert is chief physician for primary care in Skåne, the group of physicians responsible for medical care in nursing homes.

He has no explanation for why some nursing homes are hit harder than others.

- We simply do not know.

It is the same routines and restrictions that apply everywhere.

But there have been a lot of discussions about super spreaders and people who are ill without symptoms, he says to SVT Helsingborg.

The municipal nursing home Heijkensköldska gården in Södertälje had a four times higher mortality during the second wave compared to previous years.

- There are various factors that have led to us being infected in housing, then it is perhaps a little lucky that some housing has been less affected than others, says Mats Karlsson, results area manager for care and nursing housing in Södertälje municipality, to SVT Stockholm.

To counteract the spread of infection in affected homes, Mats Karlsson states that they work a lot with the close leadership.

- We help and support our employees based on the routines we have to work in a calm and methodical way to limit infection.

Two of the homes that stand out are in Halland, one of them is Kolla nursing home in Kungsbacka which had an excess mortality of 200 percent during the second corona wave.

SVT Halland reported in December on how staff alerted about inadequate protective equipment and lack of routines.

Vardaga, which runs the accommodation, does not want to comment on the excess mortality but refers to its answers from December.

- Our policy is that we do not go out with the exact number who have died.

It is with regard to relatives, said Gertrud Öjetoft, regional manager at Vardaga, then.

She believes that Vardaga has followed the guidelines that have been in place.

- I can not see what we would have done differently.

At the beginning of November, it was clear that a large number of residents and staff had been infected by covid-19 at the care and nursing home Victoria in Malmö, which is run by Förenade care.

Relatives of the deceased direct sharp criticism at the management, which SVT has reported on.

Madeleine Lundström, CEO of Förenade care, says that they are investigating the information that has been received.

- I have of course taken note of the comments and deviations received.

Of course, I take it very seriously.

It is a tragedy for the individual and relatives, she says.