US to Israel: Biden commitment to strengthen security and "Abrahamic Agreements"

First contact between the national security officials of Israel and the United States, after the inauguration of the new American president Joe Biden 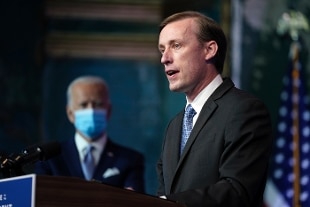 January 24, 2021 The Biden Administration will continue its commitment to Israel's security and intends to help strengthen the so-called "Abrahamic Agreements", promoted by the Trump administration, for the normalization of relations with Arab countries.

It is the assurance that the new US national security adviser, Jake Sullivan, gave his Israeli colleague Meir Ben Shabbat in a phone call.

This was announced by the White House.

Sullivan reiterated "President Joe Biden's firm commitment to Israel's security" and discussed with his colleague the "opportunities to enhance partnership over the next few months, including strengthening the success of Israel's normalization agreements with the United Arab Emirates, Bahrain, Sudan and Morocco ".

Sullivan then confirmed that the United States will consult closely with Israel on all regional security issues and extended the call for a short-term strategic dialogue to continue substantive discussions.