In Ukraine, a fire completely burned down an illegal retirement home last Thursday near Kharkiv, the country's second city, killing 15 and injuring 11. The disaster triggered a great deal of ... 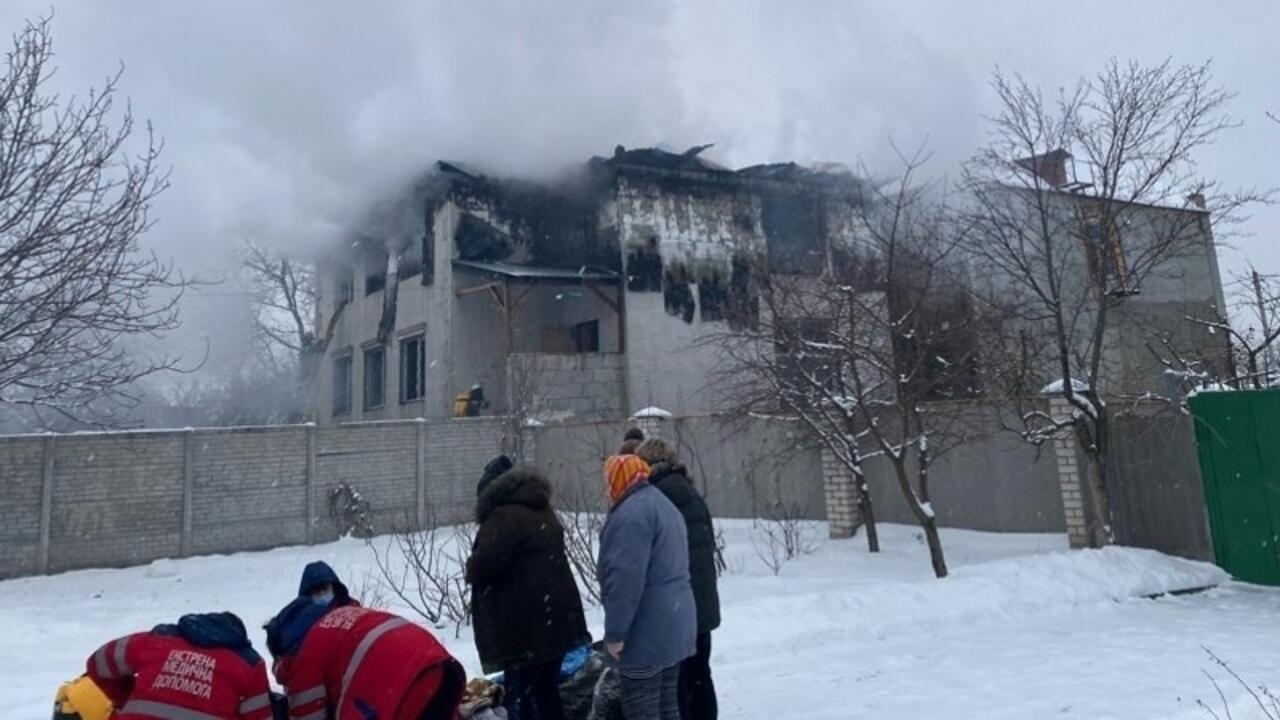 In Ukraine, a fire completely burned down an illegal retirement home last Thursday near Kharkiv, the country's second city, killing 15 and injuring 11.

The disaster triggered a great debate in Ukraine where the care of the elderly is totally lacking and left to the mercy of private or illegal structures.

From our correspondent in Kiev,

Thursday, January 21 in the afternoon, a fire broke out in a retirement home in Kharkiv, the great metropolis of eastern Ukraine, in the midst of a period of extreme cold.

The flames destroyed an establishment which, by a sad irony, bore the name of "House of the Golden Age".

Eleven others were injured, and an intense controversy broke out.

This private two-storey house did not have any permit or administrative authorization.

An illegal retirement home that managed to function thanks to corrupt local courts.

On Friday, the managers of the establishment were put behind bars, and

made this Saturday, January 23, 2021 a day of national mourning.

Ukraine officially has 40 million inhabitants, but there are only 90 retirement homes registered by the Ministry of Social Affairs, where only 22,000 elderly people live.

But many of those who visited them would have nothing to do with their parents.

There is a lack of heat and food, medical equipment is non-existent and staff are untrained.

As a result, the number of private structures is exploding.

Others, on the contrary, are veritable slums which could be qualified as dying places.

Olga Bondarenko, director of "Let's Help", the main NGO helping older people in Ukraine, believes that the priority is not to close these establishments, but to launch a major inspection and create legislative standards that frame geriatric services.

In Ukraine, culturally, seniors are taken care of within families.

For many, abandoning their elders to external structures is hardly conceivable.

According to the law, an elderly person who still has parents, even if only a distant nephew, does not have the right to go to a retirement home.

Only the country is aging.

Retirees now represent a third of the population, and 60% of them receive a monthly pension of less than 100 euros.

The number of dependent and isolated people is exploding, because in recent years, millions of Ukrainians have left to work in the big cities, or have taken the path of exile, in particular in Poland or in the Czech Republic, often leaving behind them their elderly parents.

This situation creates a human time bomb in a country where 30 years after the end of the USSR, social policies are almost non-existent.