To stop the rapid spread of virus mutations, the Netherlands has imposed a curfew. The new anti-corona measure does not go down well with everyone - in some cities there were violent clashes with the police. 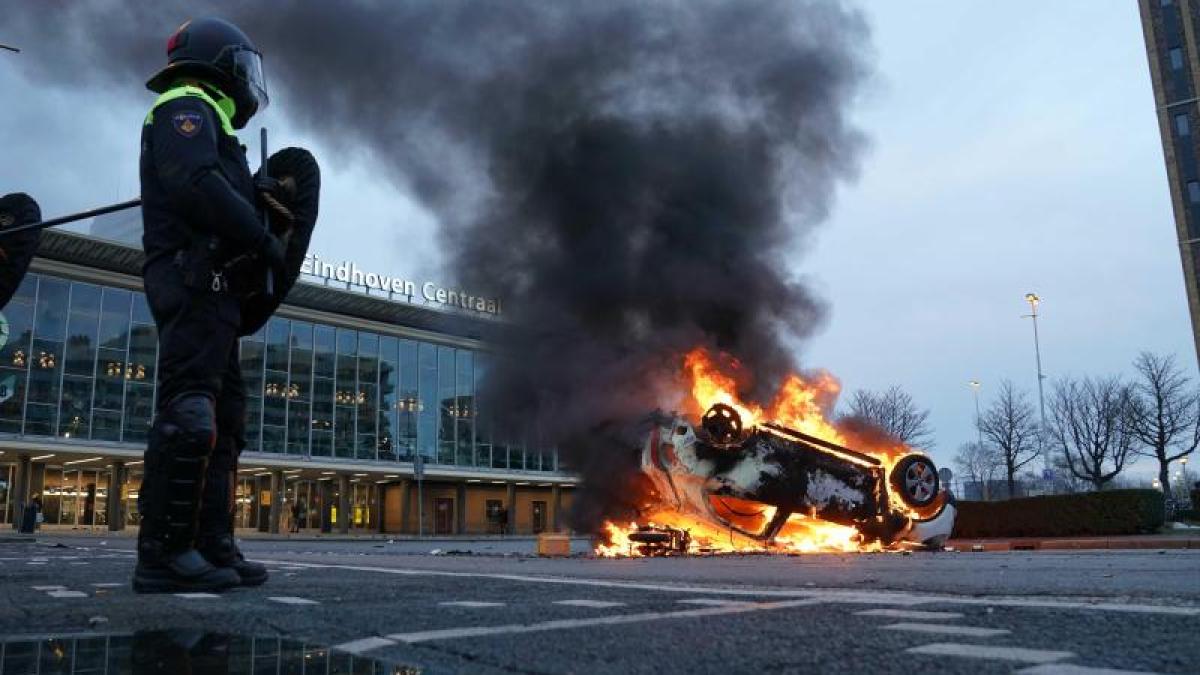 Amsterdam (dpa) - The tightened corona measures with a curfew have led to protests and riots in the Netherlands.

In Amsterdam and Eindhoven, the police ended a previously banned demonstration with water cannons on Sunday.

Hundreds of demonstrators protested against the corona measures in both cities, according to police, and attacked the police with fireworks and stones.

In Eindhoven, the police had also used tear gas.

In the capital, despite a ban, hundreds of demonstrators had gathered on the museum square in the center.

The police also used horses, dogs and the use of batons against the demonstrators.

Hundreds of people demonstrated in Eindhoven in the east, despite the ban, and used violence against the police.

According to the police, more than 30 people were arrested.

The evening before, there had been riots in the small town of Urk north of Amsterdam when dozens of people protested against the curfew.

They threw stones and fireworks at police officers and demolished police cars, the police said.

According to the police, young people set a corona test center of the health department on fire.

They also attacked a camera team from the TV station NOS with pepper spray.

Two people were arrested and dozens of fines were imposed.

Nationwide, the police said they imposed more than 3,600 fines and arrested 25 people on the first night of curfew.

There were also clashes with the police in Stein in the south of the country when the officers tried to end an illegal party with around 100 visitors.

On Saturday evening, a curfew came into effect for the first time since the beginning of the corona pandemic.

Violations are punished with fines of 95 euros each.