Ambulances in Norrbotten have sometimes been forced to transport covid patients who should actually have taken a taxi. This could lead to a risk of real emergency ambulance calls being delayed. 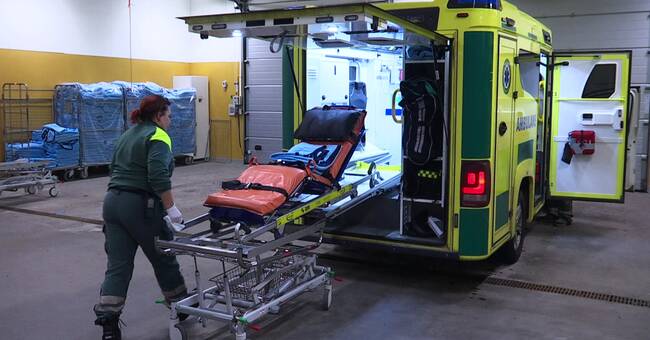 In recent times, ambulances have been forced to use so-called covidtaxi at night.

This is because the taxi that is equipped to drive covid patients is only manned until 11 pm in the evenings.

- It is about a handful of occasions in 2020 when the ambulance was allowed to act covidtaxi at night, most at the end of the year, says Mattais Morin, operations manager for emergency care in Luleå-Boden.

According to Mattias Morin, there is a risk that an emergency call could be delayed by one of the ambulances being busy with work that should actually be done by taxi.

- Yes, there is a risk, if several events occur at the same time.

The margins are small in terms of the number of ambulances available, he says.

The Norrbotten Region's agreement with the taxi companies is that the specially adapted covid taxi will be able to take runs between 9 in the morning and 23 in the evening, but not during the night.

- There has not been such a great need for covidtaxi at night, but there are occasional events.

It is also not in all places in Norrbotten that there are taxis at all at night and then it is difficult to man a covid taxi at night, says Sari Ekblom, division manager for service at Region Norrbotten.

Gives no guarantees - can happen again

Ekblom says that instead they tried to solve it by informing the care staff about the times that apply to covidtaxi so that they can control the transports to those times.

- We have tried to find routines so that this does not have to happen.

But I can not guarantee that it will not happen again on the basis that there may be people with covid to the care who need taxi transport at night when the taxi is not available, she says.