FFP2 mask requirement got off to a good start: goodwill week ends

The FFP2 mask requirement has been running in Bavaria since Monday - but in the so-called "goodwill week" without sanctions. Things will get serious on Monday, but so far the new rule has been well received. 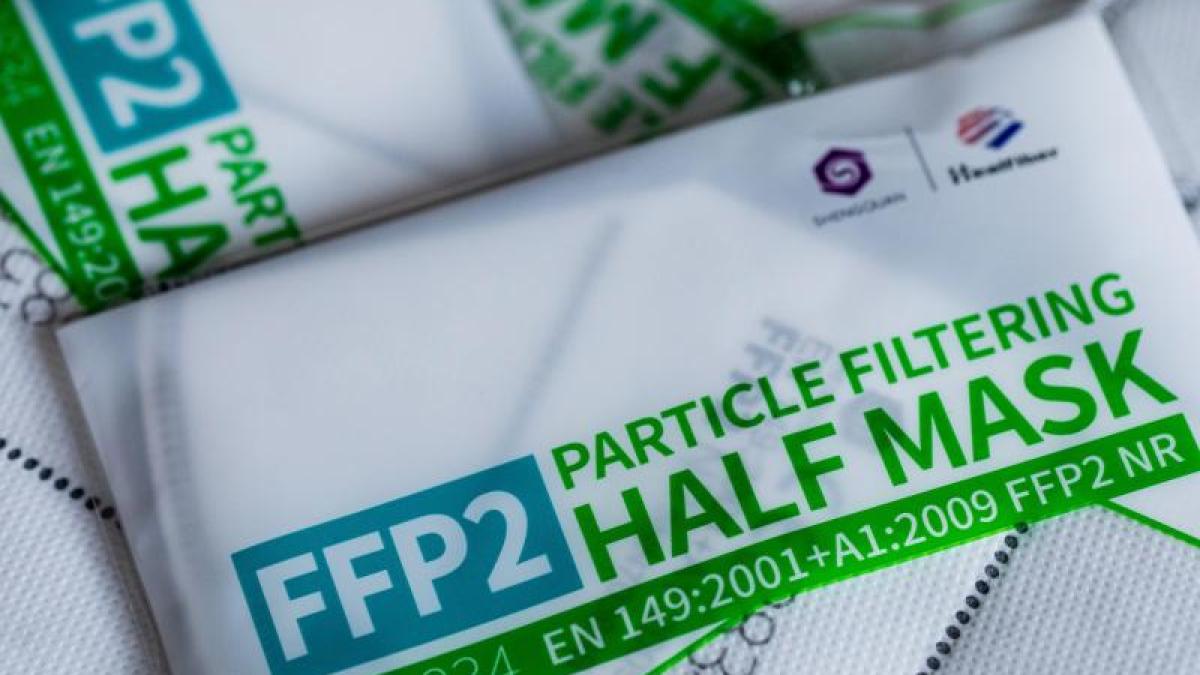 Towards the end of the week of goodwill, in which violations remained unpunished, trade and local transport draw a positive balance.

The proportion of people with FFP2 masks, which was already high at the beginning, has increased further.

The supply of masks is also still secured overall.

From Monday there is a risk of a fine of 250 euros if you go shopping without an FFP2 mask or use local public transport.

In Augsburg at the end of the week there was talk of about one percent and an "almost exemplary" situation.

In Munich, the U-Bahn guard hardly noticed any people with cloth masks, according to the Stadtwerke.

According to the transport company, the proportion of people with FFP2 masks in Nuremberg is now around 98 to 99 percent.

In all three cities the proportion increased over the course of the week.

From Monday, people without an FFP2 mask in Augsburg should have to leave local transport during controls.

However, only the police and stewards can impose fines, as it is also called from Munich.

The Ministry of the Interior says: "Of course, the Bavarian police will also increasingly monitor compliance with the FFP2 mask requirement in public transport, in addition to the controls by the public transport operators."

If you are caught with an inadequate mask, you can at least hope for leniency: According to the Interior Ministry, wearing it can be taken into account when calculating a fine.

In retail, too, people are satisfied with the experience of the goodwill week.

"I am not aware of any major problems, the customers almost without exception came with FFP2 masks," said the managing director of the Bavarian Trade Association, Bernd Ohlmann.

He was "pleasantly surprised" and very satisfied.

Major security measures at retailers for the implementation of the FFP2 mask requirement are not planned, so Ohlmann.

In stores, the Ministry of the Interior sees - as before - the operators are responsible for ensuring that the mask requirement is implemented.

If necessary in individual cases, the police will "of course help with enforcing the stricter mask requirement".

Since Monday, it has been mandatory to wear FFP2 protective masks to protect against the corona virus in all shops and local public transport in Bavaria.

The fine for violating the mask requirement has not been increased with the new rules, only the conditions for how they are to be fulfilled have been tightened.

The new regulation has partially led to increased prices for FFP2 masks and bottlenecks in individual shops.

The supply is secured, however, as the Ministry of the Interior, trade association and pharmacists' association assure.