Damascus says it was an Israeli missile. The Syrian Observatory for Human Rights: "No it was anti-aircraft" 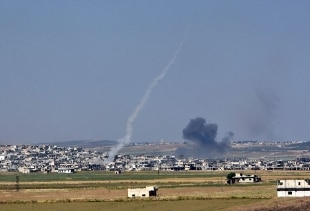 January 22, 2021 Four civilians, including two children, were killed in Israeli raids in central Syria: the Syrian government agency Sana said this morning, according to which the Syrian anti-aircraft aircraft responded to the attack, carried out by Israeli military aircraft coming from the airspace Lebanese.

According to Sana, the victims are members of the same family: father, mother and two children, in an unspecified location in the western countryside of Hama, about 150 km north of Damascus.

The Syrian Observatory for Human Rights claims, however, that the four civilians were killed by the explosion on their home of a surface-to-air missile fired by the Syrian government anti-aircraft.