2,100 doses of Moderna's covid-19 vaccine have been transported at too low a freezing temperature. Five regions, including Värmland and and Gävleborg, have been affected. 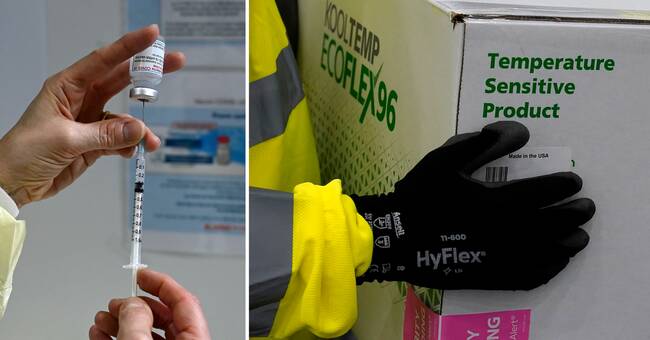 Apoteket AB has delivered 2,100 doses of Moderna's covid vaccine in a transport solution with too low a freezing temperature.

"There is no health risk"

According to a press release from Region Värmland, approximately 1,000 people have been vaccinated with the current doses, and only Region Östergötland has not had time to use the vaccine.

- According to information, there is no health risk for those who received the vaccine, but an investigation is underway into whether the effect of the vaccine may have been affected and whether it may be relevant to take dose 1. As soon as we have more information, we will announce it, says Ingemar Hallén, infection control doctor in the Värmland Region in the press release.

According to Ingemar Hallén, the people who have been vaccinated will be contacted by text message.

At the same time, an investigation is underway into what went wrong.